Software Defined Networking (SDN) and Network Functions Virtualization (NFV) are part of a transformational shift in the telecom industry towards network and application virtualization, enabling companies' need to be flexible in order to meet changing demands. Jonathan Gershater explained it well in his recent article, How telecoms can escape vendor lock-In with open source NFV.

Without cross-collaboration from the industry, individual vendors implement their own NFV solutions, which makes cross-industry interoperability difficult and instead fragments resources. Service provider applications have different demands than most IT applications, so an open platform with continuous testing for carrier-grade service performance is important.

Key capabilities of this release include automated build scripts to reliably integrate and build the platform, deployable ISO images, and an automated build and deployment toolchain. In addition, Arno allows for automated continuous integration and verification of specific components from upstream projects.

Users can also deploy and test various VNFs to test functionality and performance. In fact, three community accessible labs were involved in the creation of Arno, including the OPNFV bare metal lab hosted by the Linux Foundation. Others were just launched with more on the way.

Learnings from Arno will be used to help shape the OPNFV platform and its constituent components to improve for the deployment of Virtual Network Functions. We’re planning a twice-yearly release cadence to refine the platform tooling, enhance testing capabilities, and work with upstream communities to introduce new features.

The Arno release is a testament to the collaboration of a broad range of partners who have come together to create a common platform. After just eight months, we’ve elicited support from more than 100 developers from organizations that span network operators, solution providers, and vendors, who have worked together to integrate and test components from upstream projects. And this work is supported by 57 member companies who bring diverse perspectives and capabilities to address the need for an open, standard approach to deploying NFV platforms.

With Arno, end users can delve into the platform and begin testing use cases right away. For more information about Arno, or to download the release and start testing, visit the project homepage.

What to read next
Tags
Business
NFV
Heather Kirksey 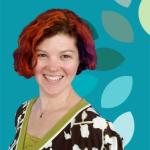