Is there an alternative to resumes for hiring talent?

3 alternatives to resumes for hiring talent 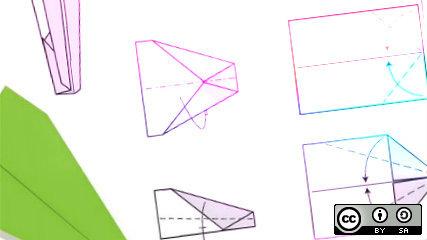 In my work and research for ChickTech, a non-profit helping women get into tech, I've found a lot of information about unfair hiring practices. It makes me think of Mozart in the Jungle, a drama TV series that interviews musicians for the orchestra behind a black curtain. This practice, the blind hiring process, began when orchestra groups noticed they had many more men than women on staff. By simply listening to the music, they were able to achieve a more balanced group.

This theme was prominent in a talk I attended at Cultivate, a pre-OSCON 2016 conference, by Aline Lerner. Aline wanted us to realize that resumes aren't a great tool because of bias. She pointed us to research on racial bias in resume reading, which attributes to which resumes matter most, and the fact that no one group of people can agree on a good candidate simply based on a resume.

What's clear is that the process of reviewing candidates needs to change.

The question boils down to: What's the alternative to resumes (which are the epitome of filtering)?

Make the challenges realistic and show what it's like to work at your company, don't just pick a random code test. Remember that you're selling your company to the developers and you want them to get an idea about what you're about while you're evaluating their skills. Starfighters and Codility offer some good options here. This is also the equivalent to the black curtains uses by orchestras.

KeepSafe and Improbable have forms that simply ask you to tell a story about yourself. I also learned about a new site from Stack Overflow that lets you create your own developer story. Of course, no one is going to ditch resumes entirely so it's time to think about them more critically. Even if the resume looks bad, read between the lines and see what the interviewee has done or is trying to say. Something in their past might peak your interest and make them a great candidate.

Use the interview as an opportunity to sell your company.

Choose awesome engaging, collaborative interview questions; it's a lot of work but it's worth it. In the past interviewees who were asked to rate the interviewer liked when they learned something or when a question layered on itself. Start with a simple question and then watch it become more and more complex through conversation. A final tip for interviewers: A strong correlation was found between whether people think they did well and whether they wanted to work with the interviewer. They don't want to work with you if you did poorly. Make sure you give feedback right away so that the potential employees know if they're leaving on a good foot.