We are what we contribute to OpenStack

What is OpenStack? The answer from the community is "We are OpenStack!"

In preparing for an interview for the OpenStack Foundation's "Newton Design Series," I was reflecting on what I've learned over the past two and a half years participating in the OpenStack community, and contributing to the Trove project in particular. It really struck me how much OpenStack is about the community rather than any particular technology, and that our place in that community is based on what we contribute. Overall, it has been a great chance to get involved in a true open source community and contribute to making it even better. We often forget how significant this is, and fail to realize that both OpenStack and Trove are true community open source projects.

Contrast this with company open source projects, where one company owns the copyright and dictates the project's roadmap.

While Tesora has been the number one contributor to the Trove project for the past few releases (Kilo, Liberty, Mitaka), and led several significant initiatives, there is a tremendous amount of work by many others in the community that has moved the project forward. The project was originated by teams from HP Enterprise and Rackspace. The initial NoSQL support was added by a team from eBay. Members of the community from IBM contributed support for DB2 Express and CouchDB, and Charter Communications contributed the OpenStack Trove Puppet module. Red Hat contributed significantly by delivering code that implements support for Python3, and this will be available in the Newton release.

Of course, I am very proud of the work our team at Tesora (where I am the CTO) has contributed to the project over the past two and a half years. The fact that the vast majority of our software development is done in the upstream is evidenced by the substantial number of contributions a company our size has been able to make. This includes:

I'm thrilled to see that Tesora ranks among the top 25 contributors to OpenStack overall, as measured by Stackalytics; that is quite a feat considering the size of the companies ahead and behind us on the list!

Tesora has also been able to contribute to the community several other ways than just delivering code. To build support and awareness of OpenStack and Trove DBaaS, we organized a number of community events including Trove Day events over the past two years, and organized the Toronto OpenStack Meetup where a large part of our development team is located. Now we are busy organizing the first OpenStack East event scheduled on August 23-24 in New York City. In addition, Tesora is a corporate sponsor of the OpenStack Foundation, and we also enjoy participating in the OpenStack Summits that happen twice a year.

On a more personal note, I recently collaborated with Davanum Srinivas, who works at Mirantis, on a presentation to the students at Boston University, and now we are following up to bring more OpenStack into the classroom curriculum in the next academic year. Within weeks of our presentation, two students contributed fixes and reviews to Swift and Horizon.

Overall, it has been an amazing journey. Along the way I've been helped by many members of the community, and I'm very pleased now to participate in a mentoring program being driven by the Women of OpenStack where I get a chance to help new contributors to the Trove project.

There is still much that I have to learn, and I am thankful for the foundation that was put in place by past project technical leads, and the incredible support and help I've received from members of the Trove team. It has been a terrific learning experience, and I am excited to be part of a great open source community, and will keep working to make the OpenStack DBaaS project great.

Every day, I realize that we are what we contribute to OpenStack.

What to read next
Tags
Business
OpenStack
Cloud
Amrith Kumar 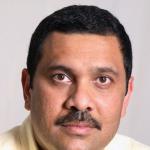 Amrith Kumar is a founder and chief technology officer of Tesora, the company focused on delivering a database as a service platform for OpenStack. He is an active technical contributor to, and project technical lead (PTL) for the OpenStack Trove project and co-author of the “OpenStack Trove” book.
More about me