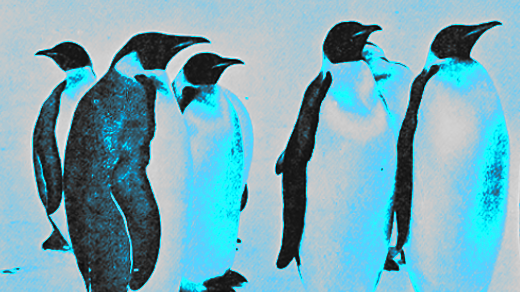 Digital art students, professionals, and educators need Linux too. So, I created a new distro, which is derived from Bodhi Linux, a lightweight, Ubuntu-based distro that includes only a browser, a terminal emulator, and a few other system tools.

Bodhi Linux is built on the idea that the user should decide what software should be installed and how the desktop interface should look, a job that Bohdi Linux's Moksha desktop (a fork of the Enlightenment 17 desktop) handles very well. For my new distro, called Bodhi Linux Media, I customized the desktop interface, capitalizing on the fact that the operating system is fast and lean (with no random stuff running in the background) and curating the following list of open source software for artists involved in many different digital art practices (e.g., music, video, graphics, interactive art, coding, etc.).

I chose the following Adobe alternatives based on two requirements: professional-grade features and cross-platform compatibility, to ease the workflow across different professional studios.

Ardour is a professional digital audio workstation, and, unlike many of its closed source competitors, it is cross-platform. It supports LV2 plugins and VST (if you really cannot do without it). Ardour handles both MIDI and audio files and supports JACK audio, which is better than any licensed or closed source audio tools. For example, unlike Rewire, Ardour does not limit you to 64 channels of communication between software.

Arduino's microcontrollers are very popular in academia and widely used in interactive, kinetic, and robotic art installations. All Arduino microcontrollers can be coded through the cross-platform Arduino IDE that comes with code examples, a serial monitor, grammar highlighting, and more.

Atom is a cross-platform text editor—and much more. It can be used as an integrated development environment (IDE) with text prediction, grammar highlighting, and more, and as an online collaborative editor. It supports Git and comes with lots of downloadable packages that add more features. Whether you are a coder or not, Atom is a good tool for messing with text.

If you need to do quick work on audio samples, Audacity is the tool you need. You can convert, manipulate, and analyze audio files (even multiple files, if you like) with an easy-to-use but technically detailed and powerful software. It is extendable with many professional plugins.

Blender is the most well known open source software for 3D animation and rendering, and it is an excellent, professional-grade alternative to closed source software such as 3D Max and Maya. Many people don't realize that Blender is also an impressive video editor that is comparable to Adobe Premiere. Therefore, I didn't add another open source non-linear video editor to Bodhi Linux Media—Blender is all you need.

Firefox is a fantastic browser with many extensions options. DuckDuckGo is the default search engine.

Krita is an awesome painting tool for concept artists, illustrators, matte and texture artists, and the visual effects industry.

LibreOffice is a commonly used tool for viewing, writing, and editing documents, slides, tables, and more.

MuseScore is music notation software. It supports MusicXML, MIDI, and lots of SoundFonts. Unless you are into graphical scores or other avant-garde music movements, it is hard to imagine what MuseScore cannot do for you. Actually, I am not even sure it couldn't handle some of Berio's transcriptions.

Open Broadcaster Software is great for streaming and screencasting.

Processing is a Java-based programming language primarily for visual artists (but you can do sound, too). Due to its simple grammar, it is the tool of choice for many instructors teaching art through code. However, its simple grammar does not limit users to simple outcomes. To see some of the projects created with Processing, take a look at its exhibition page.

Pure Data (Pd) is one of the oldest and most widely used visual programming languages for multimedia works. Bodhi Linux Media includes Pd Vanilla, which is the base version and the most supported. You can add a wealth of external libraries to it, including the Graphics Environment for Multimedia (GEM), which allows manipulation of images, video, and 3D graphics.

Over the past decade, live coding, in which artists project or share their computer screen to an audience and code audio and visual digital media—live—has attracted more and more attention. Of the many open source applications that support live coding, I chose SuperCollider for my distro because it is one of the oldest pieces of software that enables live coding (that is, executing live, typed lines of code without interrupting the running audio).

VLC is a favorite media player of many open source and traditional computer users.

Bodhi Linux Media can be installed on any USB of at least 3GB (the ISO is 2.43GB). It is very simple to install:

At the login prompt, enter the credentials:

You can also customize the list of applications by downloading the basic Bodhi Linux and installing select software from the list above using the command lines I used to create Bodhi Linux Media.

Should you have any troubles with or suggestions for the Bodhi Linux Media distro, please contact me through my website or post to any of the various Bodhi forums.

What to read next
Tags
Linux
Art and design
Giuseppe Torre 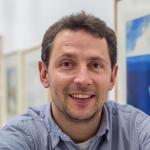 I am an educator, researcher and art practitioner currently working at the University of Limerick (Ireland). You can view my work here: https://giuseppetorre.gitlab.io/
More about me