While the mainstream of education will finally begin sharing OERs this decade, those leaders who think of themselves as being on the cutting edge of the open education movement need to start walking the walk / becoming living examples / modeling the desired behavior of adopting others’ OERs.

If open education practitioners (both individuals and institutions) cannot move from large-scale sharing to large-scale adopting, the field is dead. I’m reminded of a scripture:

For what doth it profit a man if a gift is bestowed upon him, and he receive not the gift? Behold, he rejoices not in that which is given unto him, neither rejoices in him who is the giver of the gift.

A sustained program of giving becomes pretty pointless when it’s clear that no one is willing to receive, regardless of how impressive the scale of would-be giving is. And if the givers don’t play the role of receivers every now and then, the field risks a damning perception of arrogance whereby reusing OERs becomes something that only second-class programs do. Who will adopt / reuse then?

We need brave adoption leadership now just as badly as we needed brave sharing leadership ten years ago. Who will provide it?

This article was originally published by Dr. David Wiley at iterating toward openness and released under a CC by license. We have made slight changes for publication with permission from the author. If you would like to reprint the article, please use the original version and attribution. 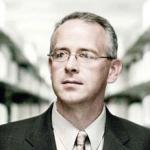 Dr. David Wiley is Associate Professor of Instructional Psychology and Technology at Brigham Young University, where he also serves as Associate Director of the Center for the Improvement of Teacher Education and Schooling with responsibility for the research unit. David is founder and board member of the Open High School of Utah and Chief Openness Officer of Flat World Knowledge.
More about me

How to join Apache Cassandra during Google Summer of Code
LinkedInTwitterFacebookWhatsAppEmailReddit