Standard Moodle, Distribution, or Flavour: Which version is for me?

Moodle is the popular open source Learning Management System (LMS) that has taken the training market by storm in recent years. The Elearning Guild LMS Survey in 2010 showed that of the top 3 LMS applications (Moodle, Blackboard and TotalLMS), Moodle had the highest satisfaction ratings for ease of installation, cost, reporting capabilities, time to implement, living up to vendor promises and assessment capabilities.

However, in evaluating Moodle the newcomer could easily become confused by a proliferation of releases: Moodle 1.9 or Moodle 2,  various distributions such as Totara and Joule, and packages called Moodle Flavours which comprise standard Moodle with the author's favourite plug-ins. So where do you start if you’re considering a Moodle implementation? If you’re not sure whether to use Standard Moodle, a Moodle Distribution or a Moodle Flavour, then this article is for you

First though, a disclaimer. I was part of the team that designed and brought a Moodle distribution called Totara to market, an act which stirred up passions within the Moodle community and led to a great deal of personal reflection on my own part. The end result of that process was a job move back into the ‘Standard Moodle’ world. So this gave me a unique insight into the pros and cons of distributions, some of which I have tried to distil here. And with the recent release of Moodle Flavours in Sept 2011, this vibrant and interesting area gets spiced up some more!

The first thing to be aware of when selecting Moodle is that there are two main versions: the 1.9 series and the 2.x series. Release management and bug/security support for these is provided by the core Moodle development team in Australia and it is important to understand the support service terms so that you do not put your own organisation at risk by using versions that are outdated and unsupported.

Moodle 1.9 has been in widespread use since its release in 2008, however it is considered a legacy system and official support is now being phased out. No feature updates are being developed anymore, bug fixes have already ceased, and the core Moodle team will only keep working on security fixes until June 2012, after which Moodle 1.9 will no longer be supported in any way.

Moodle 2.0 was released in 2011 and introduced a host of new features. There is a major new release every six months (e.g. 2.0 to 2.1) and each major release receives 12 months of bug fixing support and 18 months of security issues support. So it is important to plan your ongoing LMS upgrade strategy with this in mind to reduce the risk of running unsupported software.

Minor versions such as 2.1.2 are released in between, typically when there are a significant amount of fixes since the last version or if there is a security issue fixed.

Beware the support red-herring: A key benefit a distribution offers is commercial support around a pre-packaged set of extensions geared towards a specific sector. This sounds like an enticing offer and takes some legwork out of the LMS implementation and maintenance process. However the support and maintenance issue is a red-herring – there are a multitude of LMS suppliers in the market who offer enterprise-level installation, support, and maintenance services for Moodle.

Core code changes: Moodle is a modular system and it is best practice to extend the system by creating plug-ins, but sometimes core system changes are unavoidable and this can make maintenance and upgrades a real headache. The fewer core code amends, the better.

Getting stuck with an old version: There is a serious issue with distributions lagging several releases behind the official Moodle version, which means you may lose out on new features, bug fixes, and security patches. A distribution requires an incredible amount of maintenance effort to track changes, write documentation, maintain modules, provide upgrade paths, manage releases, and provide support. It is for this reason that, almost a full year since the release of Moodle 2, all of the known distributions are still based on Moodle 1.9.

The individual components may already be available: Many distributions, Joule in particular, package up a large number of extensions that are freely available via the Moodle.org community, which has over 800 downloadable extensions with some excellent examples around reporting and management in particular.

Open or closed distribution: The existing Moodle distributions have tended to be developed by closed groups rather than in the open Moodle community, and as such the standard Moodle development processes have not yet evolved to support distributions in the same way that some open source projects like Drupal have successfully done. It is in the best interests of the core Moodle system that distributions are discussed and designed openly and collaboratively within the community. If you are considering a distribution, check for the existence of publicly available downloads, source code, and public forums; if these don’t exist, do your due diligence very carefully (see below).

While the likes of Joule and Totara are firmly in the distributions camp, there are additional systems like ELIS and 2tor that package up a standard or lightly customised Moodle with a number of additional applications such as User Management/CRM and Business Intelligence applications to create a more fully featured Enterprise-level offering. These are less risky propositions in terms of the Moodle system itself but are obviously much bigger procurement efforts given the additional applications they are packaged with, so I’ve mentioned them in passing but not seriously considered them in this article.

In 2011 Moodle released an extension called Moodle Flavours, a tool that can be installed into a Moodle site and will allow you to create a downloadable package containing any installed plug-ins, the site settings, installed language packs, and any language customizations. This package can then be distributed and deployed elsewhere. Example uses would be to create flavours for particular markets such as Schools, Universities, Small and Medium Businesses, Enterprise Businesses, Hospitals, etc.

This development was sponsored by Google and released in September 2011. Interestingly, the core purpose of flavours replicates what the first movers in the distributions space have been trying to achieve for several years: standard Moodle plus a set of extensions targeted at certain sectors (Joule in Education, Totara in Corporates). History shows that first movers don’t always dominate and it may be that flavours are the late, second mover that becomes more widely adopted. After all, the flavours plug-in is open source, supported by Moodle HQ, and does not change core code so you can upgrade your core system with peace of mind and keep up to date with the latest features and security patches, while still getting all the advantages of distributions such as sector focus and commercial support. This new plug-in will almost certainly become widely adopted by the hundreds of LMS suppliers out there who offer Moodle services.

Whether you choose an official Moodle version or a distribution, you must do your due diligence effectively to have full confidence in the LMS you are procuring and to reduce your investment risk. Make no mistake, even when the license is free, an LMS implementation remains a major investment of time and effort. This due diligence needs to be done very differently for open source and commercial distributions.

Traditional due diligence for software procurement involves looking at three years of vendor accounts, analysing staffing levels and experience, company ownership, track record, and so on. This changes with open source projects like Moodle, which are not backed by a single commercial organisation but are developed by a geographically dispersed community of designers and developers. Due diligence therefore becomes concerned not with company commercials, but with community sustainability. Fortunately, Moodle is one of the best examples of a sustainable open source community. With 48 million end users and 1 million registered Moodle.org forum members across 60,000 LMS implementations, there is no doubt about the size of the community. There are 240 developers involved in the core Moodle system and thousands of developers who have worked on the 800+ contributed extensions. This a much larger team effort than many commercial LMS vendors can manage and there is evidence of good throughput of new talent becoming engaged with the project and moving through the ranks: from user to bug reporter to contributor to core developer.

However, closed distributions are maintained by vendors, not communities, triggering a return to the traditional vendor model of engagement. So when considering Moodle distributions you need to employ a mix of traditional and open source due diligence. There may well be three layers of supplier here: the community-developed Moodle itself, the Moodle distribution vendor, and the Moodle partner or reseller (note that the partner/reseller could be for either standard Moodle or distribution). You need complete confidence in all the levels applicable to you.

The core Moodle system is at the heart of your solution. So review the community statistics, understand the development model and release process and how this affects your organisation.

The distribution vendor is the actual maintainer responsible for updating the distribution with those six-monthly updates and minor releases, and providing technical support to the reseller. So ask to see three years of accounts and find out their funding sources. If they claim the distribution itself is open source, check for the existence of publicly available downloads and source code and for evidence of collaboration with the core Moodle community.

The reseller/partner is your long term partner and they will be the ones handling your organisation’s LMS implementation and ongoing maintenance. They will get to know your business intimately over the years and should become a key and valued supplier, so again ask for company accounts, staffing levels, and resourcing capabilities. In these economic times, you need to be looking for a supplier with a solid and diverse client base, well controlled operating costs, and plenty of cash in the bank, so pay close attention to those areas.

Flavours are the way to go!

My belief is that flavours comprising standard Moodle plus extensions are the way to go. Moodle distributions do not represent a worthwhile investment given:

So I’m putting my feet firmly in the Flavours camp and am really excited about the potential this new development has to offer. I am of course completely open to discussion on any of these areas to further refine my view. So what do you think?

This article is adapted with permission from one originally posted on open-thoughts.com

What to read next
Tags
Education
Mark Aberdour 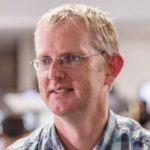 By day I am Platform Solutions Manager at the e-learning company LEO, an industry leader in e-learning, mobile learning and learning management systems implementation.
More about me