Humanitarian free and open source software in the local community 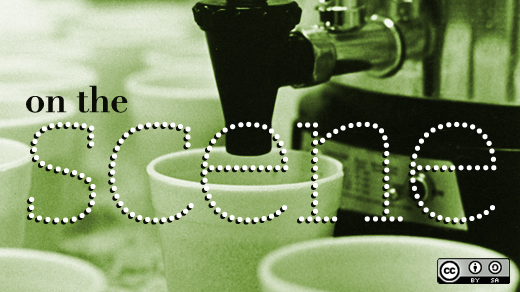 The third annual Humanitarian FOSS (HFOSS) Symposium took place today, once again convening as a pre-conference activity for the Association for Computing Machinery's (ACM) Special Interest Group in Computer Science Education Conference (SIGCSE). The theme for this year's symposium was the impact of humanitarian FOSS in the local community. The invited speakers all touched upon this theme from their various vantages of expertise, from its value in K-12 education to its use for local government.

The symposium kicked off with keynote speaker Bryan Sivak, Former CTO of the District of Columbia and founding member of the Civic Commons project. Bryan treated the audience to an insiders' view of life for the public sector CTO, including software procurement processes, expectations for software support throughout its lifecycle, and how typical government processes can act as a barrier to the adoption of open source. Bryan offered us some quite useful advice: Proprietary vendors offer well-crafted marketing materials, boast large sales staff, and guarantee support as part of their licensing models. For open source to truly compete in the government space, our communities need to work within established processes and meet their customers expectations for both presentation and technical support. Bryan concluded his talk with some discussion of the Civic Commons project and its aim to allow city government to share software that they've created for their various agency use cases. He invited us all to contribute to their knowledge base of civic software.

The day's first panel discussion was a natural follow-up to Bryan's keynote: HFOSS in Government. Moderated by Deborah Bryant, Public Sector Communities Manager for Oregon State University's Open Source Lab, the panel comprised several members of the FOSS and crisis-response communities. Joined by Heather Blanchard, Co-Founder of the CrisisCommons project, Mark Prutsalis, CEO of the Sahana Software Foundation, John Reilly, Evangelist with Google's Crisis Response Team, and Bryan Sivak, the panelists explored several key themes: the need for marketing to effectively perform outreach to the first responder community, the need to create tools for local government that scratch ones own itch, and the value of collaboration between public sector agencies and universities when creating open source software.

One highlight of the panel was the discussion of the partnership between the Sahana project, the City University of New York, and that city's leadership. The partnership allowed for the creation of software to model the Big Apple's flood response and evacuation planning. Due to a lack of in-house expertise with open source software, the City University of New York was called on to provide assistance to the city in their pursuit of open source disaster management tools. The university had people with the required development expertise and a number of enthusiastic programmers who agreed to work on the project. Another key theme was the need to create software that truly meets the needs of its users and end customers. Rather than create new solutions in response to each need, community members could leverage the power of existing tools when approaching problems in the humanitarian space.

The second panel returned the conversation to the symposium's academic roots, touching on the use of HFOSS in K-12 education. Moderated by Anita Verno, Advisory Council Member of the Computer Science Teacher's Association (CSTA) and Professor of Computer Science at Bergen Community College, the panel opened with an exploration of the new standards in computer science education currently under discussion by the CSTA. Panelists Cat Allman, Open Source Program Manager for Google, Bill Madden, also of Bergen Community College, and Chinma Uche, Instructor in Mathematics and Computer Science for the Greater Hartford Academy of Mathematics and Science, discussed their experiences introducing pre-university students to open source, including Google's Code-in Contest and using App Inventor for Android as a tool to teach high school students how to program. Of the many words of wisdom shared by the panelists, two quotes particularly stood out:

The day's final panel was led by Stormy Peters, Head of Developer Engagement at the Mozilla Foundation. Joined by Heidi Ellis, Chair of Computer Science and Information Technology at Western New England College, Mihaela Sabin, Associate Professor at the University of New Hampshire at Mancester, and Linda M. Seiter, Assistant Professor of Computer Science at John Carroll University, Stormy and her fellow panelists discussed the challenges and rewards of collaborating with local non-profits.

Heidi shared insights into how she chooses open source projects for her students that will prove most valuable--for the students and to those of us hoping to attract student developers to our projects. She first searches to see how up-to-date the project's website is and whether it is clear from their online presence if the project's community is active. Following this initial assessment, she then joins the project's IRC channel and mailing lists to observe how project communications take place, where community members' interests lie, and how the community fields questions from newcomers. Assuming that this evaluation phase goes well, she then begins to assess which project needs are a good match for her students' skill sets and interests, finally distributing assignments that begin with a student exercise to understand what the project's communication channels are and how best to engage with the community, all before a single line of code is written.

In addition to the excellent symposium talks, we were treated to a poster session by several humanitarian FOSS project student developers. Each of the students developed their code bases under the auspices of the HFOSS project during their summer internships with the program. The posters included:

Many thanks to Ralph Morelli and Trishan de Lanerolle for convening the symposium once again this year and for their phenomenal efforts in introducing university students not only to the joys of open source software, but also to the many public benefits that can manifest from FOSS development. Thanks also to the symposium's supporters for their continued work to keep the event going.

What to read next
Tags
Humanitarian
Leslie Hawthorn 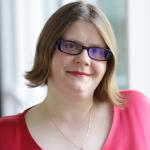