Golan v. Holder: The future of fair use in education | Opensource.com

Golan v. Holder: The future of fair use in education 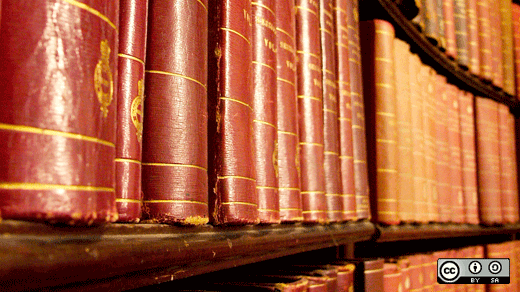 When it considers Golan v. Holder in the coming months, the United States Supreme Court could potentially put an end to a decade-long copyright battle whose outcome significantly affects educators' abilities to use public domain works. In the process, it will wrestle with a thorny question of copyright's power: Is removing works from the United States public domain—and bringing them back under copyright's umbrella—constitutional?

The Chronicle of Higher Education charts the case's ten-year history: In 1994, Congress passed legislation that effectively restored copyright to thousands (potentially millions—the scope of the law is unclear) of foreign works already in the United States public domain. It did so to bring U.S. copyright law in line with that of other countries, but it also set a startling precedent. Instead of merely extending (again) the length of existing copyrights, delaying works' transition to the public domain, Congress moved those works in the opposite direction: out of the public domain and back under copyright protection. Since 2001, that decision has been under attack.

Its consequences are staggering. The legislation dramatically increases costs associated with licensing creative works. Pieces in the public domain are much less expensive to acquire, reproduce, and perform than are copyrighted works—meaning that educators on shoestring budgets may no longer be able to afford purchasing the rights to works they have previously incorporated, without worry, into their curricula. For instance, the law restores copyright protection to pieces of music like Gershwin's Rhapsody in Blue and Prokofiev’s Peter and the Wolf, and conductors like The University of Denver's Lawrence Golan (for whom the case is named) are finding it difficult to acquire these pieces for their students to perform.

But the law under scrutiny also threatens to change the very way copyright functions in the United States—so much so that it could substantially weaken public domain protection and keep teachers constantly second-guessing the legal status of the creative works they use in classrooms and on stages. As Golan's lawyer, Anthony Falzone, told the Chronicle:

"If you can't rely on the status of something in the public domain today—that is, if you never know whether Congress is going to act again and yank it out—you're going to be a lot more cautious about doing anything with these materials . . . You really destroy the value and the usefulness of the public domain in a profound way if the rug can be pulled out from under you at any time."

Golan isn't the only educator fighting for fair use. Cory Doctorow has posted a collection of articles from the Chronicle to highlight the impact of intellectual property laws on higher education.

Update (June 21, 2011): The Electronic Frontier Foundation is now involved in this case, too.

I really hope the Supreme Court says no to re-encumbering public domain stuff. Both patents and copyrights last too long. My intellectual hero and champion of free markets, Milton Friedman, also argued against having such long lasting copyright/patent durations. He called it welfare for producers and argued that it was another way for government to protect large producers and keep out competition. Instead of shortening their duration, they (predictably) increased their lengths.

Thanks for translating, Reza! I'm really glad you enjoyed the piece.