Nepal and the impact of open source 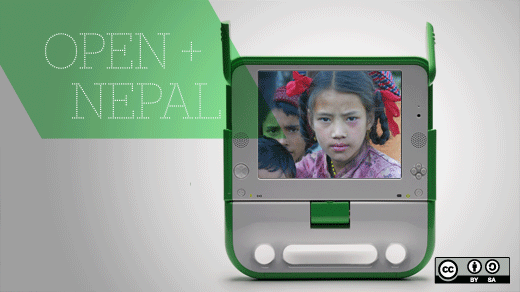 Nepal is one of the poorest countries in the world with many gender, educational, and digital divides. Yet it is gradually being transformed by open source and digital technology. There's little question that as Nepal seeks to help its citizens become a part of the global digital economy, it faces a series of challenges: political instability, remote physical access, poor infrastructure, and rural poverty. In April 2012, the World Economic Forum released a report that identified Nepal as one of the least networked countries in the world, at the bottom of world rankings.

Access to secondary school education continues to be a major challenge in Nepal, especially for girls. Chronic malnutrition plagues about half of the nation's children. One of every three children in Nepal is a child laborer, with an estimated 2.6 million children between the ages of five and fourteen working in some capacity1.

For Nepalese girls, the situation is often bleak. The literacy rate for girls is 28 to 42%, compared to 65 to 87% among boys2. The majority of girls are humiliated, oppressed, and exploited in their daily lives. Public schools in Nepal require tuition. Many parents cannot afford to send their children to school; girls are often expected to give up school for work.

The direct impact of open source and digital technology may seem light years away to many, but the Nepal government and non-profit organizations (NPOs) are starting to make a difference in the lives of ordinary, rural, poor Nepali children, especially girls. Nepal's government educational plan, The School Sector Reform Plan, Open Learning Exchange (OLE) Nepal, the One Laptop Per Child (OLPC), and other initiatives are making great strides in bridging the digital divide--despite the World Economic Forum's recent report. The Nepal government, OLE Nepal, and other organizations are helping to bridge the existing digital divide by providing digital technology and open source materials that are absolutely necessary in order for Nepal to achieve significant progress, which the World Summit on Information Society (WSIS) has addressed.

Since 2009, OLE Nepal has distributed more than 2,500 laptops to 26 schools in Nepal and has been working to create open source materials to educate and encourage Nepali children, especially girls. OLE Nepal's main goals are to improve public education and reduce the disparity in access to education. Distribution of hardware wasn't enough to solve the country's digital dilemma, according to OLE Nepal. Creating open educational materials--with the help of local Nepali developers and programmers--has been key to solving the country's digital dilemma. In 2011, OLE Nepal teamed up with the British Council to host ‘Learn English Kids,’ a program teaching the fundamentals of the English language to Nepali children and adults for free. Nearly 3,400 students in 34 schools across Nepal have used the Learn English Kids software. Previously, the ability and materials needed to learn English language skills were scarce.

Initiatives like OLE Nepal and OLPC are giving poor rural girls, in particular, a chance at education and an escape from a life of poverty. The role of Nepali women and the use of technology are key to the country's potential and future. OLE Nepal realized the need for an open source, education-centered, digital library to help citizens cross the digital divide and improve the quality and access to education. E-Pustakayla can be installed at a school or community center without Internet access, opening a freely accessible source of information and education to all.

These initiatives have helped increase literacy rates and encouraged the creation of digital communities in Nepal. Sambad, for instance, is a research project on how technology can benefit non-literate or semi-literate people in Nepal. One option is to create digital communities based on audio or visual communications, rather than just text. These initiatives allow people in Nepal to participate fully in a digital society and are a source of empowerment and social change.

ALISON shows how open source is having a direct impact on the lives of ordinary Nepal people. ALISON is a free online learning resource for basic and essential workplace skills, offering digital courses, certificates, or diplomas for free to Nepali citizens. It has the support of the Nepal government.

The Nepal government sees the importance of digital literacy and the power of e-learning has to improve the lives of its people. It views ALISON and other programs as sources of empowerment for people in Nepal and gives hope for a more sustainable future with open source and digital technology.