Open Math: An argument for spatial and visual learning 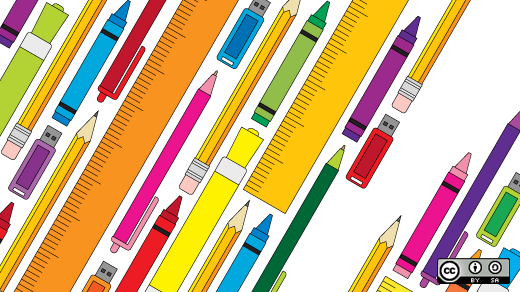 A hole exists in primary and secondary education that open math can fill. Visual mathematics, spatial or visual reasoning, or the application of mathematics to nature is seldom included in math curriculums or public schools. This gives me math angst because spatial thinking in particular is crucial to many jobs from builders and London cabbies to astrophysists and should be more prevalent in print and online than it is, especially in our digital age.

This severe lack of spatial thinking in math curriculums and public schools is detrimental to our children's futures. Both parents and policymakers have gone to dizzying lengths to improve math scores and rank. Math curriculums, video games, and tutoring centers abound. Too frequently art, music, recess, and physical education have been cut in favor of improving math scores and a school's rank. And yet despite various promises to improve math proficiency, test scores or ranking have left many children without a love of math, a level of enthusiasm for math, or much beyond basic computational math skills.

The proliferation of these copyrighted math curriculums, video games, and tutoring centers in recent years makes one question whether there is a special code or magic recipe to teaching math, which is false of course. No doubt the proliferation of these math materials attests to parental and policymaker anxieties over math scores, rank, and the way math has often been taught and presented for generations across the globe.

From kindergarten to high school, math education in the U.S. varies widely across the country. No federal standards exist. However, in 2015 the vast majority of states will be following the Common Core State Standards for math. The problem though is that these standards are still largely based on basic computational math skills (i.e. adding, subtraction) and rote learning rather than on visual mathematics, spatial or visual reasoning, or the application of mathematics to the world of nature.

In public schools, math is still heavily based on a copyrighted textbook and a set curriculum. Everyday Mathematics is the textbook used in my city, for instance: one not without controversy and not without numerous tables of rote math computations for students to do. But a math textbook approach to learning is not usually conducive for spatial literacy (i.e. recognizing the same assembly of blocks in different positions or three-dimensional thinking).

There are open math alternatives for schoolchildren that are attempting to present math beyond copyrighted textbooks and/or incorporate visual mathematics and spatial thinking. MyOpenMath, for example, runs on the free, open source, IMathAS platform to offer free, open math textbooks. Similarly, Sage is a free open source mathematics software system, which features Mandelbrot's fractals, while Architect Studio 3D is fantastic way for students to use their visual mathematics, spatial and visual reasoning, and a sense of beauty to design a house from floor plans to interior details. Both Sage and Architect Studio 3D illustrate how mathematics can be approached using more open ended problem solving.

The Fractal Foundation has been a pioneer in inspiring children to learn about the beauty of math in fractals and nature and in presenting the application of math to naure and using more open ended problem solving. OER Commons even has links to fractal geometry, including two for primary schoolchildren, though this is minimal. But fractals and chaos theory are not usually covered in schools; most public schools do not dovetail math, science, and art like fractals do either. Likewise, the use of humor with math, such as with the Murderous Math series, is not usually included in school curricula either, which makes me yearn for more open math.

Math, however, need not be drudgery or taught and presented in the dry, rote, copyright textbook way as the Fractal Foundation shows. Humor and math can co-exist, even in print. Unfortunately, though, such humorous math books, or any alternative way to presenting math as the Fractal Foundation illustrates, are seen as seconary or supplemental to copyright math textbooks or the set curricula used in public schools. Worse, some humorous math books, such as the Murderous Math series, are published in the UK and are rarely accessible or available in public schools or libraries due to copyright and budget issues. Others, such as the Comic-Strip Math (http://www.magicofmath.org/book.html), are printed in the US but are still rarely accessible or available in public schools or libraries due to budget issues. While I jump for joy at the sight of these humorous math books and alternative ways of presenting math, it makes me yearn for more open math.

Mathematics is not my thing. Never has been. There's too many numbers, rules, and boring drill-and-kill worksheets and tests. I still have vivid memories of being in third grade and the teacher writing multiplication timed tests on the chalkboard. I hated those and I wasn't too fond of the teacher either if truth be told. High school math was a mixed bag. I did well in algebra I, but I'd rather not discuss what happened in geometry or algebra II. Yet despite these negative math encounters, I am convinced that if my math education involved more visual mathematics, spatial or visual reasoning, the application of mathematics to the world of nature, or took a more open approach I might have actually been a bit more interested. I might have even (gasp) enjoyed it and not been so math averse.

Though mathematics is not my thing, it is my son's thing and why I have been seeking more open math alternatives! My journey started with my local library and with me discovering that the UK humorous math series cannot be ordered due to copyright and publishing issues. Then there was a dearth of visual mathematics, spatial or visual reasoning, or the application of mathematics to nature for young children in print too (though I found some books for adults). Yes Xtramath helps children like my son master basic math skills with timed tests, but it does not necessarily instill a love or enthusiasm for math nor does it involve the use of humor or open ended possibilities with math that my son and other children need, especially in a digital age.

What to read next
Tags
Education
Getting started
Carolyn Fox