The disruptive business model for higher education is open source 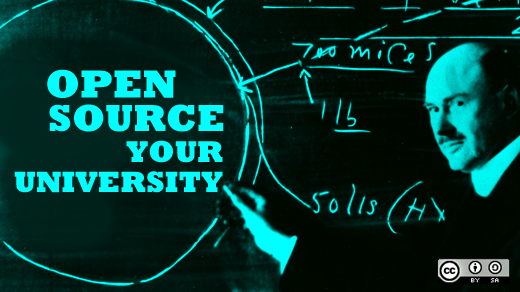 How do you make money from something that is free? Borrow some moves from the commercial open source playbook.

Massive Open Online Courses (MOOCs) are disrupting the higher education marketplace the way free and open source software disrupted the world of proprietary software more than two decades ago. The disruption in higher education, however, will be different in two key ways:

At America’s top universities, MOOCs are fueling a heated debate between faculty and administrators. Many professors fear that intimate classroom settings will be replaced by online courses where superstar professors teach on the web and everyone else becomes a glorified teaching assistant. Administrators, in contrast, see MOOCs as a way to reduce costs, gain efficiencies in non-core offerings and 'export' courses that reflect their university’s strengths.

Meanwhile, startups like 2u and nonprofits like edX are ready to capitalize on new business models evolving around MOOCs. These arguments for and against MOOCs make sense if you believe that the leading higher education institutions are in the business of selling and delivering education. Given this business model, the focus naturally falls on who teaches courses today, who will teach tomorrow and who will make money producing, delivering and distributing the courses.

But, what if we consider for a moment that the business model of leading universities may be undergoing a significant change that could render these discussions irrelevant?

Sound absurd? Well, it also sounds preposterous to be in the business of free software. When I tell colleagues from other industries that I run an open source software company, they immediately ask, "How do you make money if you give away your product for free?" Here is where the collective experience of commercial open source strategy might be able to shed some light on emerging business models ready to disrupt higher education.

Let’s imagine that the top tier of higher education is actually not in the business of selling education. Instead, they are in what I would term the "talent identification" business. The real payoff for universities comes not from selling courses but rather from finding and nurturing talent and then waiting for payback in the form of contributions to their endowments.

Look at the size of the endowments of Harvard ($30 billion) and Stanford ($17 billion) and the returns that these universities make off of these endowments compared to income from student tuition. In 2012, Harvard had total operating income of $4 billion. $264 million—or 6.5%—of that amount came from undergraduate tuition. Meanwhile, investment income (return on the endowment) was worth more than $1.5 billion.

Besides through investment, endowments grow when successful alumni donate large sums of money back to their alma-mater. Harvard alumni donated $289 million for current use and $361 million for the endowment in 2012. Total giving increased by 2% over the previous year.

Therefore, there should be growing competition to identify talent early, nurture it, and build loyalty. Furthermore, if tomorrow's talent can come from anywhere, then it’s advantageous to develop sophisticated "lead funnel" management techniques to spot and woo talent around the world.

Free courses could provide what free software provides for commercial open source companies: a way to build the lead funnel. MOOC providers or universities could offer courses free—including tests and a certification—to create the perfect "self-identifying lead funnel." Students take the courses and tests on their own, and then the provider can identify the best talent and the brightest minds everywhere in the world. Apply a little marketing automation software from a company like Marketo, Acton, or Pardot, and bingo: the next Steve Jobs, Marc Zuckerberg, or Bill Gates shows up at the top of the list whether they live in Palo Alto or Karachi.

So, let’s compare the two models of higher education. On one hand, we have the exclusive proprietary education (i.e. Harvard) which we can equate to the sales style of the proprietary software companies. Of course, the best of the best will always do well with this model. On the other hand, we have the market disrupters (i.e. 2U, Edx, or another upstart) which start by giving away courses and end up owning the talent identification business.

By making that their business model 2u and Edx would not necessarily compete with higher education. They could instead invent a new market by selling data to universities, which are constantly searching for better ways to identify talent. Better yet, MOOCs could partner with firms in a similar business—venture capitalists, incubators, and accelerators who identify talent, give money and bet on outcomes. Or, MOOCs could just dive into the talent business headfirst and compete.

The funds that have setup shop in India and China in the past 10 years get it. They know that Silicon Valley may own the market for finance and have the best ecosystem for startups, but no geography has an exclusive lock on brains and talent. If you want to see which city in the developing world has the best chance at producing the next hundred billion dollar company, read the World Startup Report. VCs want first dibs on talent that is difficult to spot and cheap to cultivate, but MOOCs could beat them to it.

Y Combinator, TechStars, the Founder Institute, and others are creating huge networks that identify and nurture talent early on in hopes of capitalizing on future success. Companies like the Starter League (formerly Code Academy) could have gone the same direction but instead decided to charge for coding classes. lumni.net, which offers finance education in return for a fixed percentage of future earnings, is yet another business model betting on future talent. It’s not hard to imagine students who are identified in a MOOC and instead of paying $200,000 for the Harvard education and landing in debt, they simply pay a small percentage of future earnings to the MOOC provider who covers their tuition.

As someone who has grown up in the open source world and founded a commercial open source company, I can’t but help but think about the unobvious ways to derive revenue from something that is ostensibly free. Higher education need not run from MOOCs, but they should give some serious thought to how the education business of tomorrow could be quite different from today’s.

What to read next
Tags
Education
MOOC
Brian Reale 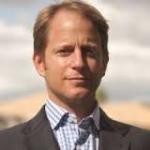 Brian Reale, CEO & Co-founder of ProcessMaker, has more than 20 years of experience managing high tech companies. Prior to founding ProcessMaker in 2000, Brian was the General Manager of Unete Telecomunicaciones Ltda., a long distance voice and data carrier in South America that he founded in 1997 and sold to a publicly traded US Telecom company in 2000.
More about me