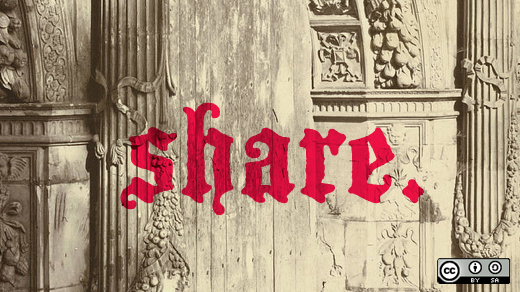 Back in January, we launched our translation pilot for Open.Michigan, focusing on two video series for health education. We are thrilled to report that the translation activities are still going strong—57 volunteers to date, 53 videos that include 128 completed translations covering 11 languages, and expansion into our family medicine video series. We are amazed at the skill and dedication of our volunteer translators.

Ms. Evelyn Nabulya, an Assistant Lecturer in the Department of Literature at Makerere University in Uganda, is one of our distinguished volunteers. Eve was in Michigan at the time for the African Presidential Scholars Program, along with Mr. Karfalah Johnson and others. We were absolutely delighted when Eve offered to translate some of the disaster management videos authored by the East Africa HEALTH Alliance into Luganda. Luganda (part of the Bantu family of languages) is spoken by over 5 million people in Uganda. The Luganda translations enable us to reach a much larger audience of health professionals and community organizers within Uganda. What’s more, there are very few open educational resources worldwide available in Luganda, so Eve’s contribution is especially impactful.

Eve graciously agreed to share with us her motivations and suggestions for translating the disaster management videos into Bantu languages. Article below is CC BY Eve Nabulya.

Rendering one text in another language is an enriching experience as one grapples with a number of decisions regarding the best way to reconcile the stylistic, linguistic, and social meanings of the source text with the translation. I found out about the Open.Michigan Translation Project when I was on a fellowship at the University of Michigan through its African Presidential Scholars Program (UMAPS), which is designed to enhance collaboration between early career faculty from Ghana, Liberia, Uganda, and South Africa and students and faculty at the University of Michigan. At first I thought the project considered only a few of the African languages, but when I learned that it was open to all languages, I could not forfeit such a good opportunity to make an input. Apart from the primary goal of availing learning materials in multiple languages, this initiative is actually projecting, documenting, and promoting languages that would not have otherwise easily made it to a global platform. I therefore consider my efforts in translating the disaster management videos from the East Africa HEALTH Alliance from English into Luganda as a way of giving back to my community, many of whose grassroots leaders would prefer training in local languages. In addition, availability of educational materials in local languages is likely to promote use of Information and Communications Technology (ICT) among those with less formal education.

In Uganda, ICT integration in education is a new phenomenon that is often entangled with infrastructural challenges. Recent studies have revealed that only 45% of the learning activities at Makerere University use electronic resources. Barriers include insufficient access to computers and other devices, limited bandwidth, and lack of necessary skills. However, with the implementation of learner-centred approaches now being encouraged in all colleges, the situation is rapidly changing.

The language situation in Uganda presents complications in the dissemination of information and learning materials to people at the grassroots. Luganda, English, and Kiswahili are the languages most widely spoken in Uganda but there are approximately 30 additional languages spoken in the country. English is an official language, with about 40% of the country’s population able to competently communicate in it. Luganda, the second most common, is spoken by approximately one-third of the population. Although the portion of Ugandans fluent in English has risen in the recent past with the introduction of the Universal Primary Education (UPE) and Universal Secondary Education (USE) policies, English remains a language of the elite and is not used on the streets, in public transport means, or in social gatherings except those targeting specialised audiences. However, the UPE policy allows use of indigenous languages in instruction during in the first four years of school. Thereafter, learners with interest in specific languages can pick them up at secondary school level and pursue them to university level.

The Open.Michigan translation project included multiple health education video collections. I selected the disaster management videos because they were co-authored by my peers at Makerere University. To date, I have translated three videos: Intro to Disaster Management Training, Introduction to Disasters, and Epidemics.

Projects such as this, which aim to increase the volume of learning materials in local Ugandan languages, would achieve much by partnering with universities. At the moment, Makerere University alone graduates over 100 students in Bantu languages every year. Given that Luganda is one of the two local languages considered by the recent Constituent Assembly as potential national languages, any efforts that produce literature and resources in it, especially learning materials, draw Uganda closer to solving her language dilemma.

Originally posted on the Open.Michigan blog. Reposted under Creative Commons.

Great post. My comment might be slightly off topic, but wanted to share this anyway, because it is about translation. While checking out the Open Michigan Translation Project, it came to my mind I know of a slightly similar organization, who is into translation. Not for anything health/medicine related, but for open source software. Check out OpenTranslators at http://opentranslators.org/. Another great example of something done the open source way.

Developers and Translators can meet, get connected and get open source software translated to make it available in a lot of countries.