A book review of Makers: The new industrial revolution

Makers are the new industrial revolution

Following up on the recent review of the Maker's Manifesto, I ran across the book Makers: The New Industrial Revolution by Chris Anderson. Anderson is a former Editor in Chief of Wired and no stranger to the economic paradoxes of peer-production and open source. He has written about both in previous books The Long Tail: Why the Future of Business Is Selling Less of More and Free: The Future of a Radical Price.

In his most recent book, Anderson examines the historical parallels between the Maker movement and the second Industrial Revolution,

that took place between 1850 and the end of World War I. While the first Industrial Revolution (1760-1840) was based on large factories and expensive means of production, the second was characterized by the development of small machines (in particular the spinning wheel and the sewing machine) that democratized the means of production, leading to the proliferation of home-based micro business and cottage industries.

Anderson elaborates on how the advent of the Maker movement—with for example, the proliferation of 3D printing, scanning, and its supporting collaboration and sharing networks—will bring about a reoccurrence of the second Industrial Revolution, but this time unfolding at the speed of the information age.

The US Federal government has been one to take notice of the possibilities and has put together the National Network for Manufacturing Innovation (NNMI), with an emphasis on additive manufacturing. More on this in the President’s Council of Advisors on Science and Technology (PCAST) report on advanced manufacturing.

When describing how the Maker movement can grow in to profitable business without sacrificing the principles of openess and participation, Anderson speaks from successful personal experience. He is the CEO and cofounder of 3D Robotics, a company dedicated to producing kits for the DIY drone community—one that started as a hobby in a garage and grew into a multi-million dollar company with a global market. All the while the community remained at its core a group of enthusiastic members who practice open source principles.

Anderson also dicusses the MakerBot 3D printer. When he comments on why it must have blinking LEDs (which is by the way a trick also used in supercomputers), he says the following:

The printer is not just a tool:

These statements perfectly apply to most other 3D printers as well, and to the Maker movement in general.

Open source is not just an efficient innovation method—it's a belief system as powerful as democracy or capitalism for its adherents.

Other jewels of wisdom are distributed across the book, like business advice on setting the selling price of devices to at least 2.5 times the cost of production to properly account for all unanticipated costs.

Anderson later takes the reader on a tour of fascinating business stories, including a few of my favorites: Local Motors, SparkFun, Kickstarter, Etsy, MFG, and OpenPCR. They each have a common theme: one of a new era where manufacturing goes back to the hands of small entrepeneurs. Anderson summarizes it as:

This book, Makers, helps us put into perspective the impact that the maker culture will have in the following years on the renaissance of manufacturing, while showing us how we can apply to the new revolution, the lessons that we've learned from the second Industrial Revolution of 1850 and the lessons from the more recent emergence of desktop computers in the 1980's. 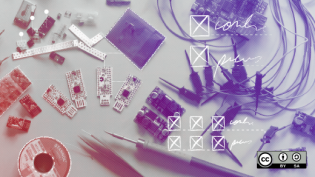 This is actually an 'old' book in the big picture of the Maker movement and its fast-paced revolution and transformation of old ideas of business. BUT, it was the first book I read on the movement early last year, and while it is more 'seeing into the future', it was also an up-to-date source of many of the tools I used to tap into the movement. And it's inspirational! I started reading Make: magazine, and Arduino tutorial books, then joined txrxlabs.org in Houston last Dec., 2013, and in less than three months have already launched my first (and only) crowd-funding at experiment.com/chromatograDIY, an effort at developing opensource/open hardware laboratory equipment. Chris Anderson's book 'Makers' helped me see all of this as possible.

Thanks for sharing your experience with the book.

It is very interesting to see what you are doing with experiment.com/chromatograDIY.

The impact that the DIY movement will have on citizen's science is going to be fascinating to follow. Particularly combining the wide availability of low-cost, low-power sensors, with the computing capabilities of small boards, and the flexibility of 3D printing, for holding them all together.

We certainly live in interesting times.

3D printing could be the real catalyst and have large political effects: http://blog.p2pfoundation.net/essay-of-the-day-additive-manufacturing-as...

Nice book, may be if it was a bit more critical could work better for the non-believers