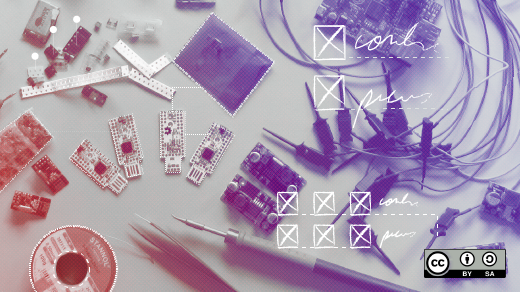 The Rochester Mini Maker Faire is an annual event that takes place at the Joseph A. Floreano Riverside Convention Center in Rochester, NY. Each year, makers, creators, artists, and others from upstate New York and beyond show their crafts and creations to the community. Open source tools are popular at the Rochester Mini Maker Faire, where you'll find countless Raspberry Pis, Arduino boards, and open source-powered projects and creations.

On November 18, students from the Free and Open Source Software (FOSS) initiative at the Rochester Institute of Technology MAGIC Center and the RIT Linux Users Group (RITlug) presented several open source and Raspberry Pi-powered projects at the Faire. 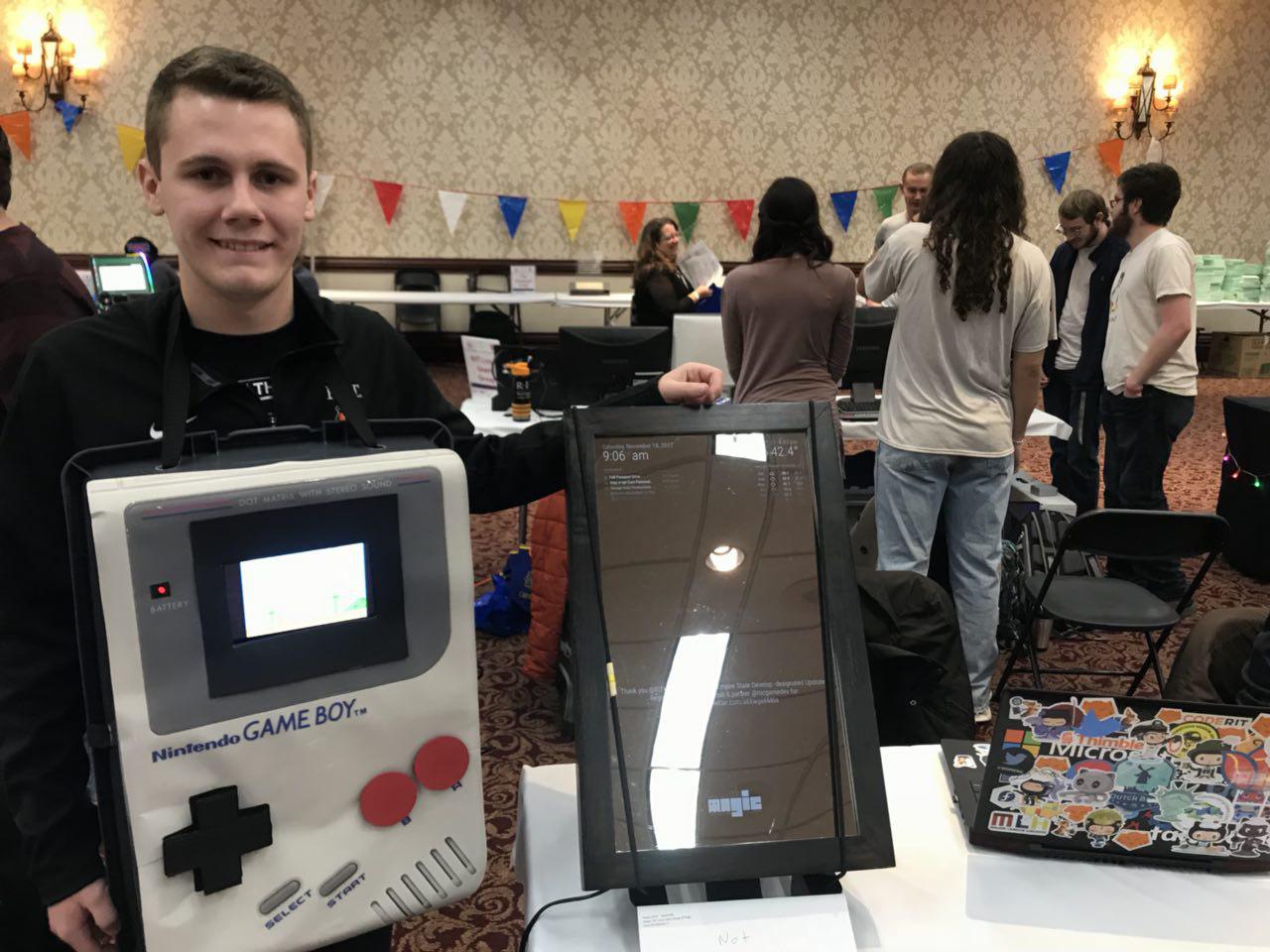 Students from the FOSS@MAGIC initiative presented the Magic Mirror, which combines the digital world with the user's reflection. A Raspberry Pi and a salvaged monitor screen sit behind a piece of one-way glass. The mirror, which boasts a hand-built frame, reflects the user's image through the glass, along with the time, a daily weather report, calendar updates, and more. RIT students Taylor Bowling and Solomon Rubin worked together on the project, using this guide to create a pair of Magic Mirrors for the upcoming RIT MAGIC Center.

Another student, Wilfried Hounyo, demonstrated LearnIt, an open source course-ware platform designed for topic-based, community-contributed courses and tutorials. Similar to platforms like Udacity or Coursera, LearnIt enables anyone to host their own learning platform and build a community around it. Inspired by his work with the FIRST Robotics community in high school, Wilfried's original goal was to build an open platform for learning and teaching within the FIRST Robotics community that would enable users to create their own lessons for anyone to view and follow. After working on the project, Wilfried decided to make the platform applicable to any project so anyone could use LearnIt to build a learning community around any topic or subject area. A demo is available here and the source is on GitHub.

Members of RITlug also presented TigerOS, a custom Linux operating system for students, faculty, and staff of the Rochester Institute of Technology. One of the project's goals is to offer an installer that installs and configures all the software used by each department or major at RIT. Development on TigerOS began when student Aidan Kahrs picked up an abandoned project started by past RIT students, and built a team, which has been working on reviving the project over the last year. An early beta is available now, and the team is now working on building an automatic CI build system and updating to Fedora 27. To learn more about TigerOS, visit its website.

RITlug also presented the Spy Pi, a discreet camera embedded inside a picture frame and powered by a Raspberry Pi. Taylor Bowling also helped lead this project. In the picture (shown below), R2D2 is carried away by the Jawas in Star Wars: A New Hope. Taylor added two orange LED lights into one of the hooded characters and attached an infrared motion sensor, webcam, and Raspberry Pi into the picture frame. When someone walks in front of the picture frame, the LED "eyes" light up and the webcam takes a picture that's stored to the Raspberry Pi. Taylor designed the project himself and wrote simple Python scripts to automate using the sensors. His code is available on GitHub. 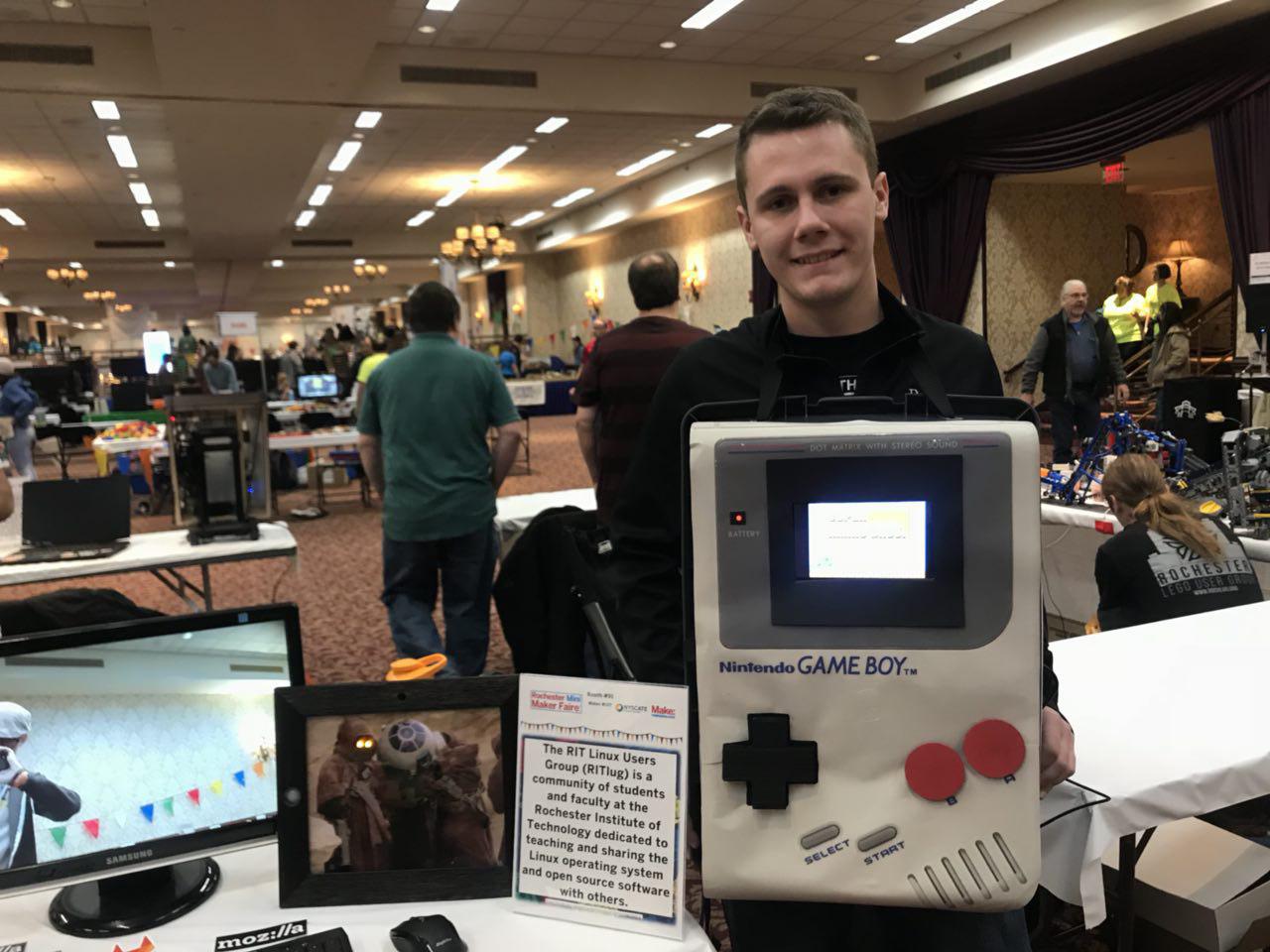 Taylor Bowling stands next to the Spy Pi, a discreet picture frame that takes a picture when it detects movement.

See you next year! 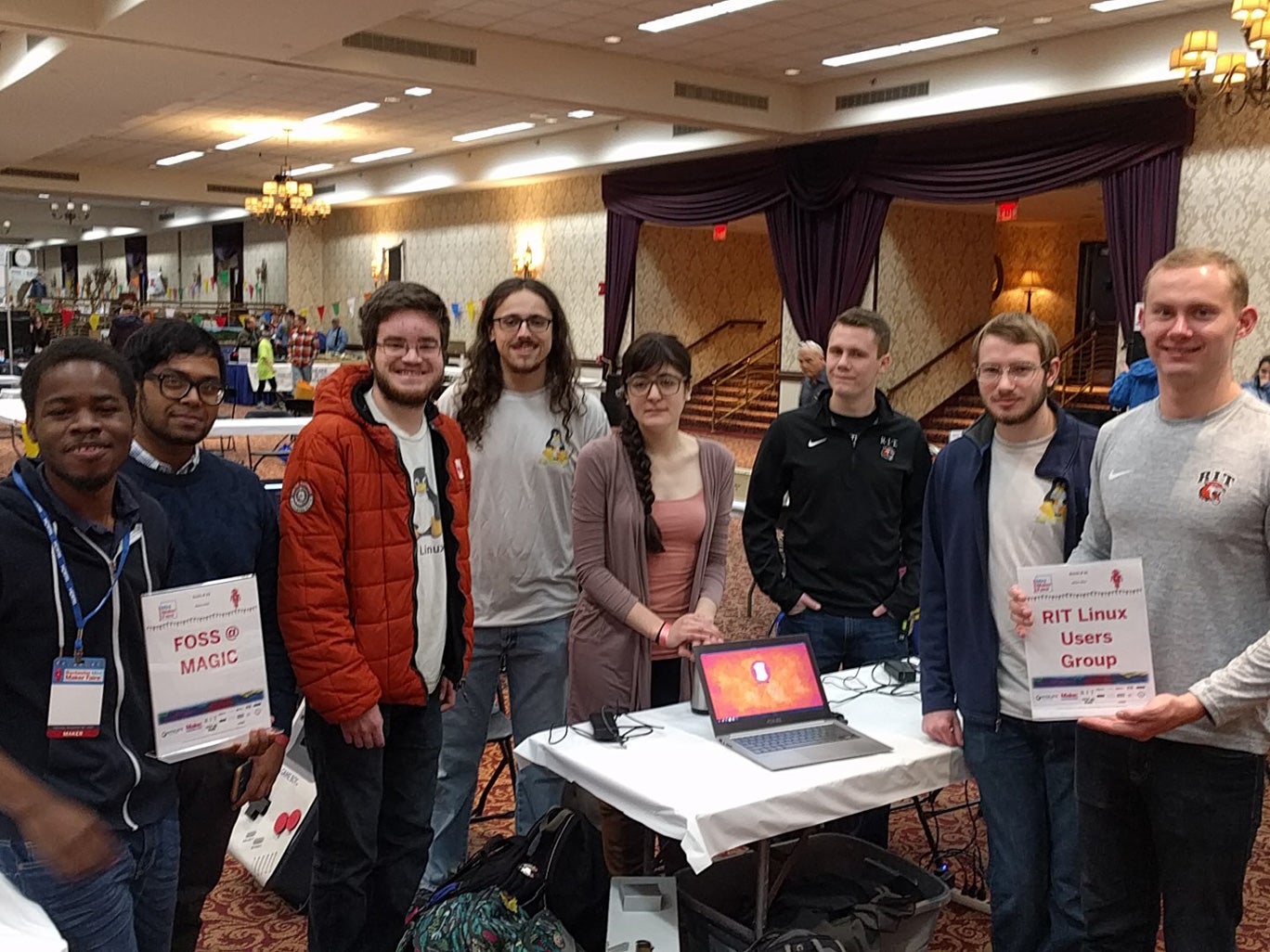 See you at next year's Rochester Mini Maker Faire! 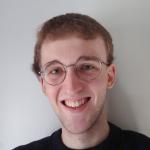