Last Friday, while the first true revolution of the Web 2.0 era was reaching its climax in Tahrir Square, I was watching events unfold from within the U.S. State Department in downtown Washington D.C. I had the privilege to attend the two-day Tech@State: Open Source conference, an event organized by the Office of eDiplomacy, a relatively new wing of the State Department led by one of most cutting-edge and dynamic teams in the federal government. Although the timing of the events in Egypt was purely coincidental, I could not help but marvel at the relationship between the subject at hand and the events unfolding half a world away.

Outside the tech world, open source is still an enigmatic concept. The notion of allowing a product, whether a piece of code or a can of Coke, to be built and supported by an entirely democratic, decentralized developer base seems entirely at odds with the traditional understanding of competition in a capitalist economy. To the uninitiated, it reeks of danger, unreliability and inefficiency. The truth of open source, however, could not be farther from those misconceptions.

What is open source?

Open source is basically a model for innovation driven not by intellectual protectionism but by cooperative competition toward a common, continuously expanding goal. On the battlefield of software technology, the big open source names are familiar even to non-tech savvy users: Mozilla (makers of Firefox and Thunderbird), Wikipedia, Wordpress, and Linux are all titans on par with their proprietary counterparts. Most people are probably not aware that social media services like Facebook have been built from open source building blocks such as PHP and MySQL. Programmers and developers have produced the technologies that power our modern lives because those building blocks are readily available through distributed code, APIs, and open languages. At its core, open source means we do not have to reinvent the wheel in order to build a better car.

The philosophy behind open source extends beyond arguments for efficiency and quality. There is a shared understanding among open source converts and evangelists that it ultimately improves the world. Sharing code and data is only the grease that makes the machine work. The fuel is the collective understanding among the open source community that the combined effort of individual contributors is far greater that the sum of its parts.

Open source in the real world

Thanks to open source, we are finally creating ways to harness and share data in meaningful ways that can help solve the world's problems. Projects like Open 311 are revolutionizing the way citizens communicate with local government when problems arise. The awe-inspiring Code for America project is equipping brilliant young developers with the resources to solve national and local problems using open source technology.

At Friday's conference, rising federal stars like Aneesh Chopra (the first CTO of the USA), Macon Phillips (New Media Director for The White House), and Todd Park (CTO for the U.S. Department of Health and Human Services) demonstrated how agencies are turning to open source solutions to make government more reliable, transparent, and better able to solve the most pressing national and international issues.

Interest in open source technology as a means of conquering seemingly insurmountable problems has surged in nearly every field, from international development to education to disaster response. Startup initiatives such as CrisisCommons, which provides community and technology liaison support during and after disasters, are demonstrating the power of open source technology to save lives and livelihoods in the face of tragedy. SugarLabs, an innovative open source education platform, is already in use by over 1 million children in over 40 countries. These projects are not merely pipe dreams sketched out on whiteboards; they are already exerting a tangible, positive impact on our world.

Turning back to the Middle East, where events over the past few months have defied all previous expectations, we can also find echoes of the dynamic power of new technology. I take issue, however, with the pundits and bloggers who have called the events in Egypt a "Twitter revolution" or a "Facebook revolution." The conceptual boxes drawn by those titles are far too narrow and limiting to encapsulate the significance of recent events.

Each participant is a change agent unto him or herself, whose power was amplified by the distributed networks of peaceful civil protest. No central leader or platform has emerged during the crisis; the revolt's decentralized nature may have actually contributed to its non-violent success. Put another way, Tahrir Square has given a whole new meaning to the idea of crowdsourcing.

Social media tools (including Facebook and Twitter, both of which incorporate open source into their design) were adopted and tweaked, not by corporations or institutions, but by individuals and teams motivated by a shared commitment to a higher goal. The evidence can be readily found in organic projects like AliveInEgypt (@AliveInEgypt), a network of distributed volunteers that has been providing translations of Egyptian tweets from Arabic to English.

The collective victory of millions of Egyptians is a powerful validation of open source philosophy. It is revolutionary without being destructive; it succeeds by building on what has come before to forge ahead. And in the face of challenge, it is unstoppable.

Note: This article originally appeared in the Huffington Post.

What to read next
Tags
Government
Raymond Schillinger 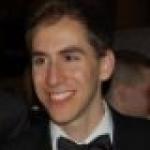