This study provides more economic evidence to support the assertion that using and contributing to open source is vital to European economic recovery.

A September 2021 study on the economic impact of open source software and hardware concluded that open source technologies injected EUR 65-95 billion into the European economy. This study is timely given the current rollout of the European Union's EUR 750 billion recovery investment, which has allotted 20% for digital transformation. Growing political efforts to understand and quantify the importance of open source in realizing EU digital sovereignty accentuate the study's significance. The European Union sponsored the study, which was written by Fraunhofer ISI and OpenForum Europe.

During the February 2021 EU Open Source Policy Summit's keynote, EU Commissioner Thierry Breton emphasized the European Union's leadership in using open source software (OSS) across all technical, political, and economic domains. This study provides yet more hard economic evidence to support the commissioner's assertion that using and contributing to open source is vital to European economic recovery—not only in terms of bolstering public sector adoption but also for industrial strategy.

Herewith, a few highlights from the report:

The following table is taken from chapter 8 of the study. It compares several countries based on their scores in eight areas of open source policy. My thoughts on this analysis follow.

The study utilized several assessment methodologies, including Red Hat-Georgia Tech research and Spain's Cenatic. Incidentally, I wonder whether it is appropriate to have a collaborative approach to updating the data in a way that reflects the European Union's current digital (DESI) indicators of European digital performance. As for the country rankings, I view such tables with a bit of skepticism, but these are my observations:

Kudos to the European Union for investing in this study and for its ongoing thought leadership. The study provides useful, shareable, and reusable insights for governments and companies across the European Union at this time of recovery. There has never in the European Union's history been such a strong imperative to collaborate and tackle the world's largest challenges together. Red Hat and fellow OFE supporters look forward to discussing all these important insights with you on February 4, 2022, at the next European Open Source Policy Summit!

Open source tools give students around the globe the freedom to learn without restrictions. 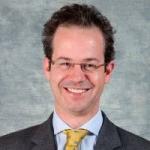