The date on the tombstone - September 15. Open gov that was shouted from the rooftops on Obama’s first day died last week with barely a whisper - far from the headlines. The Senate approps subcommittee slashed $11 million from the House allocation, already $15 million under FY2010 funding. Transparency advocates like Sunlight are openly mourning the passing. But, the real question here is, does anybody really care?

Let’s be honest, programs like Data.gov and USASpending.gov haven’t exactly lived up to the promise on the side of the tin. It’s the same old problem - GIGO and over promise. As for the IT Dashboard, could this be a great excuse to let it die with some grace as Vivek exits stage left? Created as a wall of shame to embarrass CIOs and their "cartel" buddies out of D.C., the dashboard is, and always has been, a joke. Why did Vivek trumpet it in every media interview? I politely pointed out that the emperor had no clothes in my Senate testimony in March of last year. Now, I’m being more direct.

But, don’t take it from me. If you want proof of the inadequacy of the data, take a look at Deltek’s business plans. As open gov and its implementers - OMB and GSA - promised to give America free, ubiquitous access to government data, Deltek paid $86 million for Input and Federal Sources. Now why would the ERP firm buy companies whose business models lay right in the path of the government data juggernaut? At the same time, Big Apple giant Bloomberg - a man that knows a thing about government - has invested millions in launching a data dashboard service for government and industry. If the government data was any good, who’d pay for the private sector translation?

As the Hill now cuts funds for open gov, the real questions we should ask are what did we get for our money so far and what will we get from this year’s budget? Let’s not bleat about approps not funding the programs - let’s salute the Hill for common-sense thinking and not throwing more of our good money after bad. Isn’t it right that an administration focused on finding and prosecuting contractor failure should drive some accountability inside? Now, about them Redskins...

What to read next
Tags
Government
Steve O'Keeffe 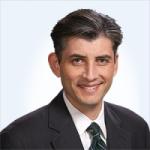 Building an open infrastructure for civic participation
This article was originally posted at meritalk.com and is reposted with permission.
LinkedInTwitterFacebookWhatsAppEmailReddit