Reclaiming public space in your city 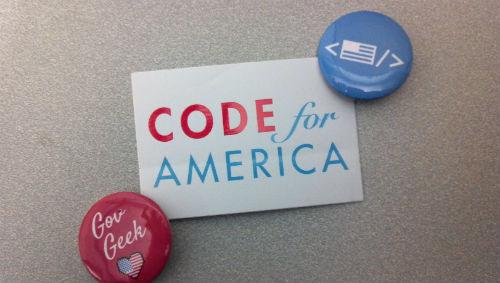 My love affair with cities, San Francisco in particular, started early. Though my parents moved from San Francisco to the suburbs before I turned one, we visited the city often. One of my earliest memories of the City: In the family car driving up Interstate 280, face pressed to the window, I look out at the houseboats anchored in Mission Creek and wish that I could live there.

That memory came to mind as I crossed the 3rd Street bridge overlooking Mission Creek on my way to last week’s Code for America Summit. I was reminded of it again during Anthony Townsend’s talk at the Summit.

Townsend noted Patrick Geddes’ concept of the city: the city is not a place in space, but rather a drama in time. In contrast to the top-down narrative of efficiency, security, and convenience, Townsend celebrated the bottoms-up stories of sociability, transparency, and fun. For people who know the history of those houseboats and the larger story of the houseboat wars of the 1970s, the city is indeed about these stories.

We are drawn to stories of the city, especially the ones where people resist the kind of top-down control implied in concepts like "smart cities." In at least three different talks, Jane Jacobs was mentioned as an example case. We celebrate these tales of underdogs doing battle with "the city" in part because we understand that a bottoms-up approach where residents are active partners is the only way to address the tremendous challenges faced by modern cities.

In an earlier draft of this post, I wrote about what we might learn from the historical moment of the eighteenth century. Those are observations for another time, but I will say that the struggles we face now are not entirely new. And the stories, for better and for worse, are remarkably the same.

My favorite stories are ones where people re-make the city in their own image. Humans are clever animals. No matter what a top-down narrative tells us, eventually we find its soft spot. It’s the soft spot that enables people to create a community of houseboats, expand their "living room" to the sidewalk, or create a kooky illegal rooftop oasis made of recycled tin and colored plastic.

Tall stone walls now line our Bay Area freeways. But at one time you could spot the work of clever neighbors from your car. Dotted along the freeway were places where people had reclaimed unused public space as part of their backyard. In the interstitial space between their property line and the freeway, they built gardens, sheds, secret archways, and sometimes kept bees.

It’s too bad you can’t see the work of these freeway homesteaders anymore. Their work is vivid evidence of what is possible when we expand our notion of public space. For a long time now, public space hasn’t been our space. We’ve been trained to believe that "the city" owns public space and that we’re neither responsible for it nor beholden to it. We can’t garden in public space, we can’t decorate public space, and we can’t care for public space.

Beyond the paternal "we know better than you" attitude, this top-down narrative perpetuates exactly the notions of citizenship many of us are fighting against. Jen Pahlka’s recent article ends by noting that "doing things together has an image problem." I agree, but also want to acknowledge that it’s pretty challenging to envision community responsibility if you don’t already believe that public space is yours.

The freeway homesteaders, the houseboaters, and the sidewalk gardeners probably don’t think their actions are connected to ideas about citizenship. But I think they are. Like their American West predecessors, these people are homesteading their own city by reclaiming public space. The actions they’ve taken are strong signals of the kinds of things we could do together as a community—if we start by thinking about public space as ours and seek out the soft spots in the larger city narrative.

The soft spot is scary, for both city government and residents. It’s loud, rambunctious, loosely organized, sometimes unsafe, often unsightly. It’s the exact opposite of the security afforded by the top-down narrative.

Yet it can also be one of the most visceral articulations of what people want from cities and one of the most creative spaces for executions of those desires. And if your city government has the presence of mind to embrace this kind of thinking, you can probably get a lot of important work done there.

Originally from Code for America and reposted using Creative Commons.

Elizabeth Hunt - Elizabeth Hunt is a user experience strategist and designer. After graduating from the University of New Mexico with a Ph.D. in English Literature, she began working in the technology industry. Over the past ten years, she’s worked as a web designer, instructional designer, user experience designer, and creative director. During that time, she’s designed applications and online experiences, as well as a travel program, for clients such as American Express Travel, Target, and Microsoft.
More about me