Can we upgrade democracy with open source version control?

As Luis Ibanez pointed out on Friday, Clay Shirky's latest TED Talk—exploring what open source version control systems may mean for democracy—is great food for thought. Shirky says tools like Git will one day transform democracy, because they will make it easier than ever for citizens to participate in lawmaking and other formerly hierarchical civic processes. Imagine, for example, if anyone could propose a "patch" to the legal code, as easily as they can for computer code. It might be feasible for many more people to be directly involved, and the code might get much better.

Shirky points to inspiring examples around the margin—including the Github account maintained by the German national legislature. In it, laws can be tracked over time as they evolve. Closer to home for U.S. readers, a volunteer effort has also put the evolving Utah legal code on Github, allowing readers to view the diffs as laws are amended.

Of course, as Shirky also acknowledges, not even legal experts currently understand how distributed version control works. In order for a tool to broaden civic engagement, the tool needs to make sense not only to policymakers themselves, but also to the new and broader group of citizens whose new involvement in the process is part of the dividend of using the new tool.

Git is technology for technologists—optimized to be as useful as possible for people who can and do invest the time to master its intricacies. The ideas behind systems like Git may one day transform society. But the socially transformative implementations of these ideas will need to look very different from the programmers' implementations. Even the motivating example, of involving more people in legislative drafting, arguably reflects a programmers' perspective: It makes a lot of sense for more people to learn the art of legislative drafting, spreading the skills outward from a tiny group of experts to a small but dedicated group of amateurs. And advanced tools that make the experts more effective may well benefit the public at large. But legislative drafting is a highly technical practice with a steep learning curve, and requiring citizens to climb that curve is unlikely to be the best way to broaden engagement. In any plausible future, most people aren't going to know what a savings clause is, or dive into the terminological details that in practice determine the scope of many statutes.

Tools for mass engagement need to meet people where they are. They need to enable busy non-experts to acquire new information (and provide new input) without having to invest heavily, upfront, in learning new skills. That's why I'm excited about simple-to-use tools like All Our Ideas, which manage to be open and flexible without requiring expertise. There are other creative solutions, as well: The Brazilian e-Democracia project—which engages regular citizens in the lawmaking process of that country's House of Representatives—starts with a recognition that citizens lack the technical capacity for legislative drafting. As one of the project's architects explained.

One important issue that normally causes digital participation to fail is the lack of connection between people's contributions and how laws are actually drafted. Writing legal text involves great technical complexity. e-Democracia has minimized this problem by engaging the assistance of legislative consultants, who serve, essentially, as "technical translators" during the entire participatory process.

Even policy experts—who know about taxes, or defense, or education—need tools that let them focus on their substantive areas; they shouldn't have to become computer experts in order to use advanced and specialized computing tools in their legislative and policy work.

This is actually good news for open source technologists at two levels. The collaborative technologies behind open source projects can be adapted to the specialized tasks of policymaking, and they can also be harnessed to the larger and more daunting project of mass public engagement. An open, accountable, community-centered approach to developing these tools—that is, a democratic approach—will likely lead to democratic values being baked in to the architecture of the tools themselves.

Just as big, hierarchical organizations tend to produce big, hierarchical pieces of software, an organic community of volunteers may be the best way to create software that embodies and strengthens our democratic values. There are a wide and growing range of such projects. In the U.S. context, several of the largest are under the umbrella of the Sunlight Foundation, which has embraced a measured approach to new technologies of lawmaking.

In order for the innovative organizational approach of open source programming to break through to the rest of society, open source programmers need to work with civic innovators—with kindred spirits in governments and policy organizations—to build fundamentally new civic structures on top of today's collaborative technologies.

What to read next
Tags
Government
David Robinson 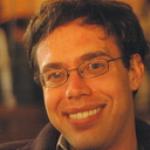 David Robinson (@dgrobinson) is a Principal at Robinson & Yu, a firm that helps clients harness Internet technologies to tackle civic problems. He is also a Visiting Fellow of the Information Society Project at Yale Law School.
More about me