As we turn the calendar to the new year, we'd like to take a moment to reflect on what we've done here at Civic Commons over the past year, what we've learned, and where we're planning on heading next.

It's been a busy year for us. While the Civic Commons initiative began, slowly, as an informal partnership between Code for America and OpenPlans in early 2010, we really began working in earnest last May, thanks to generous startup support from the Omidyar Network, the MacArthur Foundation, and the Knight Foundation.

Since then, we've accelerated our work towards our broad goal:

Thus far, we've focused our work in three core areas: (1) helping governments adopt open source practices so that they can benefit from each other's investments in technology; (2) supporting the development of "open platforms", such as Open311, which represent a fundamentally different approach to technology development;and (3) building open knowledge infrastructure around the policies and practices involved in implementing these approaches.

Here's a quick review of what we've done on each front: 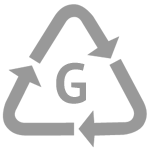 Our starting hypothesis was that governments are spending lots and lots of money on software development every year, and that adopting an open source approach could both save money and help spread innovations. We spent time working directly with a number of government software projects, including the Federal IT Dashboard (with the White House), the WEAVE visualization tool (with the Open Indicators Consortium), Checkbook NYC 2.0 (currently in development with the NYC Comptroller's office),Change by Us (with Local Projects and Code for America), and several forthcoming projects.

Through these engagements, we've been on the front lines of government software development, assisting (largely through the work of the incredible Karl Fogel) with topics such as development process, community process, and licensing.

Perhaps most importantly, we've continued to capture our learnings from these engagements in in the Civic Commons wiki (more on that below) and will continue to do so.

One of the core concepts that Civic Commons promotes is that governments can begin to act more like "platforms", by providing opportunities for developers and entrepreneurs to build tools that integrate directly with government services (much the same way that people can create apps on the iPhone platform). This platform-based approach is a somewhat new idea in government technology, and requires some re-thinking about what to build and how to build it.

A major part of enabling "government as a platform" is arriving at standard ways of connecting government services with each other and with outside tools. Much in the way that the Internet is build on a number of open standards (such as HTTP and HTML), the underpinnings of the "civic web" are the standard data formats and APIs that enable technologies to interoperate easily. 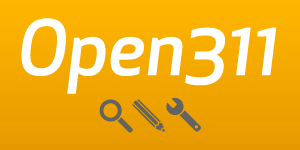 With that in mind, a core project of Civic Commons has been the Open311 standard — Open311 is an open web standard for municipal issue reporting APIs (things like reporting a pothole or a broken streetlamp). This service is sufficiently uniform across cities, and is so core to the government-citizen experience, that it has been an ideal first place for us to focus. (Note that theOpen311 project was launched in 2009 by OpenPlans, and is now managed by Civic Commons).

This year saw steady growth for Open311: there are now over two dozen cities that are Open311-compliant, which has been achieved through the involvement of vendors like ConnectedBits, SeeClickFix, Motorola, and Kana Lagan, as well by the development of in-house code in places like Bloomington, IN, and Miami-Dade, FL. Code for America launched their open source Open311 Dashboard, which we hope will make its way to many of 2012 cities during the coming year.

Phil Ashlock, who has been the technical coordinator and community manager of Open311 since the beginning, just put up a great year-end wrapup post on the Open311 blog, including a wish list for the Open311 community for 2012.

Nearly every city we speak to has the same questions & concerns when it comes to open data, APIs, standards, open source, development process and technology policy. While each individual city may be new to these issues, in aggregate, plenty of experiments are happening and lessons are being learned. Our job is to make connections between the folks who are tackling the same problems, and to, over time, build up information resources that help support decision-making, and can short-circuit internal debate to save time.

There are a few efforts underway that you can plug into to help benefit from and also build this knowledge base:

As always, if you want to join the discussion, please head over to the Civic Commons discussion list, or geeks feel free to join us in #civiccommons on irc.freenode.net.

With that in mind, here are the things we'll be focusing on this year:

We recently launched an alpha version of the Marketplace, and are beginning to use it to keep track of what tools are being used where. It's quite simple, to start, and is founded on the idea that even this basic data set — what tools does each government entity use to accomplish its goals? — is very difficult to come by as things currently stand. Our goal is to make this an open data set, and we hope that over time, the Marketplace will become as valuable to the Civic Tech community as CrunchBase has become to the startup community.

If you're a user, producer or purchaser of civic tech — a government IT staffer, a vendor working in the government space, a startup focusing on the civic sector — head on over to the Marketplace and set up your profile. Let us know what apps you're building, buying, and using. For example, here is Azavea‘s company page, and here's the page for the New York City Dept of IT.

We hope that the Marketplace will serve as a useful resource for emerging programs like Code for America's new Startup Accelerator and Brigade, as well as all of the other organizations, companies and government entities working in the civic tech space. Further, we're hoping that over time, the Marketplace itself will become a platform upon which we can build other useful services and tools (such as the ability to sandbox applications with one click, or to run analytics on the Mktplc data). So, if you're a developer and are interested in working on or building on top of the Marketplace, check out ourdevelopers center.

Open architecture and the power of platforms

While we've seen a steady pace of progress with cities open sourcing apps (with some re-use cases starting to materialize), where we've seen the most interesting and widespread activity is around platforms like Open311. That's because a platform is bigger than a single app — it creates an opportunity for many tools to get built around a common core. What's more: as more tools get built around the platform, interest increases, which drives greater adoption of the platform, which in turn encourages more app development, and, well, you get the idea.

So by focusing on the platform, rather than the individual apps, we are creating an opportunity for lots of things to happen. We've been seeing this play out within the Open311 community, and we can also look at examples like what's going on with Public Transit as a platform.

So, as we think about where we want to focus our efforts in the coming year, we're really looking to not only help cities continue to develop in an open source way, but to also help them develop open infrastructurein the form of platforms that can be extended by others. All of this is about laying the foundation for open innovation.

Tying it together: Open Innovation

The idea behind open innovation is as simple as it is powerful: the creators of new ideas don't have to be within your organization in order to be helpful.

That's really it: enabling the possibility of combining your own efforts with the efforts of others. It is simple and powerful.

Open platforms enable others to innovate on top of the technology government provide; open source allows cities to benefit from each other's innovations, and open knowledge helps the lessons learned in one place inform the decisions in another. And that's what's really at the core of our work at Civic Commons:helping governments unlock the potential for open innovation.

Originally posted at civiccommons.org and re-posted with permission.

What to read next
Tags
Government
Nick Grossman 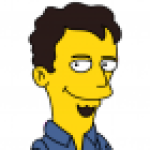 Nick Grossman is the Director of Civic Commons. Follow him @nickgrossman and on his blog.
More about me