With civic engagement becoming an increasingly critical component of successful governance in the 21st century, cities around the world are seeking to leverage technology as a tool for citizen participation, but civic leaders face real challenges finding, evaluating, and deploying the right tools in the absence of good information.That’s why earlier this year, we announced our plans to build Engagement Commons: a comprehensive and dynamic catalog of the tools available for civic engagement and the real-world stories of their deployments.

Thanks to support of the Knight Foundation, over the past few months we have been building Engagement Commons within the broader Civic Commons Marketplace, designing for the needs specific to engagement technology that we have seen brought up again and again while working with our partner cities.

We’re thrilled to let you know that a beta version of Engagement Commons is now live: engagementcommons.org

While the site is still very much still a work in progress, we want to invite the community to jump in, start trying things out, and tell us how to make the platform even better.

To date, we’ve curated more than 150 engagement-focused app entries in Engagement Commons. But simply cataloguing these tools is not enough. Now we need to add a layer of context: the stories and narratives behind how these apps are facilitating real results in real communities.

Take for example this story now featured in Engagement Commons about Boston Public Schools and Community PlanIt: in 2011, when Boston Public Schools wanted input on reforming the district’s accountability framework, they quickly realized traditional engagement strategies — a series of poorly-attended town hall meetings — just weren’t working. So, they adopted Community PlanIt: a free online platform designed to reimagine community participation in local planning by introducing game-like elements. Over the course of seven weeks, more than 400 community members of all ages generated 2600 comments and sparked conversations on topics from social media policy to racial bias in teaching. Based on this success, there are plans to repurpose Community PlanIt in Detroit; Akron, Ohio; San Jose, Calif.; and Philadelphia.

That’s just one story of how technology can be used for engagement — we need more. We want to document and highlight a wide variety of use cases like this to make it easier to find out what’s working, where. Engagement Commons (and the Civic Commons Marketplace as a whole) is a wiki-based, community-edited resource. That’s why we’re asking you to help build the Commons, and share your stories of civic engagement. Tell us about your experiences with engagement technology: What worked? What didn’t work? What you learned? Get started by adding your stories here: engagementcommons.org. Or just drop us a line via email or Twitter (@civcoms). By submitting your story and growing the commons, you’ll not only be highlighting your organization’s experience, but also sharing it for others to benefit — and we hope that should be the start of both a useful resource and a strong, connected community of civic leaders leveraging technology for engagement.

What to read next
Tags
Government
Lauren Dyson 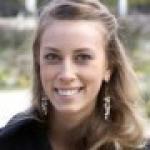 Lauren Dyson (Communications Intern) is a senior Media Studies major at Vassar College. She spent the past summer in Washington DC as a Google Policy Fellow, working with the Internet Education Foundation and the Congressional Internet Caucus Advisory Committee to promote informed decision-making by policymakers on technology policy issues.
More about me