Since the workers’ party won the Brazilian Presidential election in 2003, an open source movement has continued to grow in government and public spheres. Now, the country appears to be at the forefront of open source initiatives, which isn’t news to most inside the community that, despite initial uncertainties, saw the movement growing each year. The workers’ party has without a doubt signaled that open source should be included at the top of the government's agenda.

Before this presidential win, some states governed by the party were already making efforts to implement open source initiatives, but due to knowledge limitations, economic pressures, and prevailing attitudes, these initiatives were not as valued as they deserved to be. The first open source ATM network implemented in Rio Grande do Sul, Brazil's southernmost state, was not credited as it should had been. Even Forum Internacional Software Livre, now in its 13th year with world-wide recognition as a mainstream event, was starting to take off. But today, due to several factors—wider adoption of and trust in open source software, pressure to cut expenses due to the current economic crisis, a well-formed and regular user base, and concern with digital inclusion—the open source scene in Brazil has changed, and additional initiatives are starting to get off the shelves and into practice. And some cases are worth mentioning, as they could be replicated by others.

One lesson to be learned is that without government support, these initiatives probably would not have happened; the market would not have allowed such initiatives to succeed as they were not principally matters of competition but rather matters of "sharing the cake." In such cases, open source is the uninvited guest at the party—hence myths that open source is not profitable and inferior.

One initiative in the Brazilian government is an open source software portal maintained by the Ministry of Planning, Budget and Management. Created in 2007, the portal offers open source software programs developed by government bodies and hosts communities so that citizens, companies and public administrations can have access to a great variety of software. Everything on the portal is produced and made available according to the standards ruled by the normative instruction (N.1), a legal document based strongly on FSF rules, and a free license model created specifically for the portal; though all FSF license models prohibit the use of proprietary tools, libraries, software, or components. The aim was and is to keep the software free in the spirit of FSF philosophy.

The portal now has 59 available software programs and the list keeps growing. Each has its own community of users who are free to participate in any other community, and all together represent a great variety of uses from education to banking. Linux Educational is a local Kubuntu version modified for public schools. And Tucunaré is a debian modified version developed by Banco do Brasil, one of our most successful banks capable of deploying a hole telecentre with a few keystrokes. These programs have all been part of a huge effort that is starting to show by returning value to the society, which is the open source philosophy!

Another initiative is CDTC, a project first designed to disseminate open source software between IBM and the National Institute of IT, a government organization linked to the presidential cabinet. It has since evolved into an e-learning platform under the management of Djalma Valois Filho, a well-known member of the open source community in Brazil and founder of CIPSGA. Filho was able to rally open source supporters and explain the potential of open source with courses and seminars—even those taken by the Brazilian parliament. The project's framework was then transformed using Moodle, as the base, and university scholarship students were hired to develop written material and moderate forums.

CDTC started with four courses and now it has 160! And includes courses that aren't available anywhere else. For example, I have used LaTeX software for years and was curious, so I reached out to the community and found the first free e-learning class for it in the world at CDTC. Before, I would have had to start from scratch, searching in books for answers.

Note: All courses and seminars are written in Portuguese, none are in-depth like on Coursera (but they have great potential to be), and there are many interesting unpublished courses (like Audacity, Joomla, SQL, Brazilian Literature, and more).

Initially, training was planned to be for government employees only, but now all public courses are free to any citizen with a .br email account. Citizens can even qualify for certifications if they complete a certain number of courses. At the end of 2011, the CDTC project was migrated to the Ministry of Work with the idea to turn some free courses into qualification courses so that thousands at telecentres or unemployment centers could be certified. The goal is: 1 million by 2014.

All in all, CDTC has given more than 18,000 classes and reached almost 95,000 people in 4,305 cities. And all without marketing! Many well-connected people in the open source community didn't and don't know about the project, so imagine how much it could grow.

Another national program, Telecentros, supports digital inclusion in communities who have access to the following: students for hire, an uninterrupted power supply, HVAC, drinking water, furniture, and Internet. In remote locations without cable access, a telecentre can qualify for the funding to buy a satellite antenna. And through a program called Formations Network, students from 16 to 28 years of age are trained to act as “multipliers of digital technologies appropriation in public equipment”.

What's important is to have a space where the local community can connect to the Internet with proper software, hardware, and people support. And what makes all the difference is that the software is open source. Like, Tucunaré, a suite used at these telecentres so that students can qualify for certification using CDTC training—closing the loop and returning value back to the society; more than just internet access.

These initiatives are good examples of the solid open source foundation developing in Brazil. Those who were once excluded can now connect, qualify, and get certificated. They now have hope for a better life like never before thanks to open source.

And because these initiatives don't start by themselves, there must be a strong commitment from the government and society to understand and contribute to them. They must offer a better return to the taxpayers by ceasing to spend huge amounts of money on software licenses that only return value to the owner. The true spirit of community is collaboration, sharing and returning, and something I believe will never happen outside of an open source sphere.

Recently, Ricardo Fritsch, General Coordinator for the Software Livre Association, wrote a letter to President Dilma Rousseff on behalf of FISL participants alerting her to recent happenings that are not in line with community thinking (and not in their best interest). It is an alert to show that sometimes problems arise, directions change, and projects evolve into something different than originally planned—but that's all part of it and support must continue. Otherwise, we risk losing rewards we've reaped from past and current efforts.

In the beginning, open source was viewed only as an alternative to a paid model, but with its evolution and maturity, open source is a proven new environment for growth. Among the BRICS group—developing or newly industrialized countries like Brazil—open source is a necessity because these governments simply cannot afford the price of a licensed model. Today, Brazil has a strong open source community allowing us to be at forefront of open source initiatives and it's up to us to continue to support candidates who understand the importance of open source.

What to read next
Tags
Government
Fabio Muller 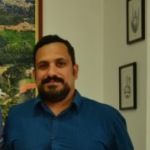 Computer Engineer with Corporate management MBA , dealing with IT since childhood , when we called it "informatics". Enthusiast of Open source , microprocessors, databases, Typography, Physics, books ,manuals , history, human kind, etc... Start to program at a ZX Spectrum clone and since then in constant changing, Human changing.
More about me