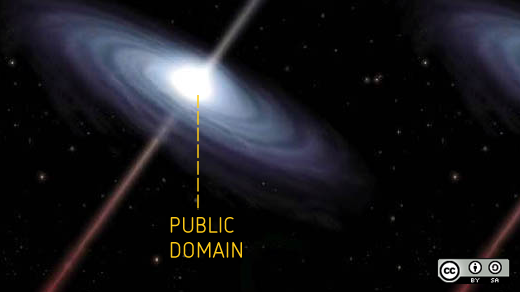 In October, I used "We the People" as an example of how to get citizens engaged with government in an open manner. In November, those engaged citizens petitioned the government to consider building a Death Star. By January, enough signatures had been gathered to garner the administration’s consideration and, in my mind, a well authored response. The exercise may have been a geeky back and forth which you may see as a joke, but I feel any citizen engagement is good engagement. You may also think that’s the end of the story, however, someone who read my earlier post sent me a link to the Death Star Kickstarter page.

So why am I blogging about it? Let’s start with a quick recap of Star Wars: A New Hope. The Rebels pull the plans off R2D2 for the first Death Star and discover a fatal flaw in the schematics—a womp rat sized, exposed thermal exhaust port. Jedi-in-training and long-term womp rat bullseye-r, Luke Skywalker, manages to plant a proton torpedo in the difficult to exploit weakness, resulting in the complete destruction of the battle station. Ok, enough nostalgia to set the scene and my point.

Take another look at the Kickstarter project. You may notice in the FAQs that the project owners believe a closed design process is what led to the fatal flaw and open source will be the way that their Death Star will survive. By creating a community around building a better Death Star and making the schematics available for review, someone out there will catch a potential Achilles’ heel in the design. And by extending this to hardware and software, they get to leverage things like the Open Compute Project and other open source hardware projects.

These sorts of open hardware projects flow out of places like Facebook and Rackspace, where the need for custom servers is higher than traditional enterprises, but the expertise in creating these designs isn’t a competitive advantage. These large-scale web operations need to commoditize alternatives to the hardware designed by major x86 vendors. The best path to commoditization is open source. Just like open sourcing software drives down entry costs and increases choice, open sourcing the hardware design means you can get that hardware from any manufacturer and integrator. Rackspace built on and improved the initial Facebook release, now Facebook can leverage those new features.

Commodity components are extremely important to building complex solutions. Imagine where we would be today if Henry Maudslay hadn’t devised standards for screw threads. Not only did Maudslay create the first lathe that allowed uniform screws to be cut, he also saw that without some standards, even his improved screws would still lead to bespoken fasteners that couldn’t be interchanged. Interchangeable parts were still new in Maudslay’s time, but his lathe and specifications allowed bolts and nuts to be machined separately, not individually cut by a skilled laborer fitting each unique nut to each bolt. While there were many innovations during the early years, the expansion of interchangeable parts is critical to creating the modern manufacturing era. The 20th century Ford assembly line realities require this move away from 18th century cut-and-try craftsmanship.

Historically, the "armory method" of mass production was made wide scale by a push from the Department of War for contractors to open their shops to competitors. This push spread the knowledge of these new techniques, as much as, the Springfield and Harpers Ferry armories did by sharing their techniques with industry. Add migration of newly trained labor, and this open sharing of knowledge is what transformed the "armory method" into the "American System" of mass production. Large-scale adoption of these ideas around interchangeable parts and division of labor ultimately leads to the standard cars of Ford and on to the improvements to B-24 manufacturing in WWII. Gunnar Hellekson has a great essay called IT as Manufacturing, and he and I have gone back and forth and back again on this topic.

From the Death Star to the B-24 Liberator, I’ve made a fairly long stretch. But I hope I haven’t lost my two points.

First, I think the petition for, denial of, and Kickstarter project to design a Death Star is a great example of engaged citizenry. Make a proposal through direct means and if that fails, crowdsource it. Maybe this could be a whole new way to approach government spending?

Second, the ideas that revolutionized the industrial world are at work now in the information world. Information technology is still in the stage of craftwork in many places. I ask, if your agency doesn’t derive direct measurable value from your customer management software, do you build and maintain your own? I would expect that many of you buy (or rent a la salesforce.com) your CRM system. For the same reasons, you need to look at the components you are using in assembling complex systems and make sure the same level of craftwork isn’t creeping in where commodities should be used.

Innovation doesn’t always result in direct business value, but can improve business in general. Innovating in the open means you can garner additional expertise you need to transform a marginal value into a direct value.

It can also improve the world at large.

Matt Micene - Matt Micene is an evangelist for Linux and containers at Red Hat. He has over 15 years of experience in information technology, ranging from architecture and system design to data center design. He has a deep understanding of key technologies, such as containers, cloud computing and virtualization. His current focus is evangelizing Red Hat Enterprise Linux, and how the OS relates to the new age of compute environments. He's a strong advocate for open source software and has participated in a...
More about me

Very informative, and inspiring article. Thanks for sharing! It would be great if such projects (Death Start) could be transformed into some kind of Kickstarter / Blue Print for future projects for everyone to use.

Robin, thanks for the comment. I've actually found my "Budgetstarter" idea on the Knight Foundation Challenge https://www.newschallenge.org/open/open-government/submission/digital-participatory-budget-open-source/

Glad to know I'm not the only one looking at ways to bring new ideas to citizen interactions.