Hacking the change you want to see

On June 1, the City of Oakland will co-host ReWrite Oakland as part of the National Day of Civic Hacking. ReWrite Oakland will be an all day writeathon that will culminate with the launch of a new website called "Oakland Answers," based on last year’s Code for America project "Honolulu Answers."

Oakland Answers will be citizen-focused website, written in plain-language, that makes it quick and simple for people to find City information and services they are looking for online. City staff and the community will collaborate to answer common questions generated by citizens.

The event is being presented by OpenOakland, a Code for America Brigade that was set up in this past year by Steve Spiker and Eddie Tejeda to sustain some of the work that was being done at Oakland’s various hackathons. OpenOakland sought out volunteer coders, designers, data geeks, journalists, and city staff that were interested in collaboratively working together to develop solutions to civic challenges. The group, which I am an active member of, meets weekly in Oakland City Hall. Every week, 15-30 people gather together and work on technology related projects that address a wide range of topics as diverse as crime, sustainability, and early childhood education. In less than a year, the group has stood up several applications including:

While these apps help with access to public information and promoting volunteerism, the biggest success has not been in the technology, but in the positive effects that the efforts have had on local government and on the community.

In addition to the Tuesday night meetings, OpenOakland has worked to develop events that invite City staff to engage in conversations about how technology can positively change the relationships between the City and the community. At CityCamp Oakland, sessions on transparency and open data, civic engagement, youth, and bridging the digital divide had significant interest. By talking openly with City staff, residents gained a level of trust for the work that is being done by local government, and by bridging that relationship, City staff gained valuable insight into the needs of our community.

Over the past year, the City of Oakland has made significant advances to increase civic engagement and have a more open government. We have launched EngageOakland.com, an online civic engagement platform; pushed numerous datasets to our new Open Data platform; and actively pursued a Code for America Fellowship. In addition, we have worked on redesigning processes and service delivery that will make our City more open, modern, and efficient.

Much of the success of these open government initiatives has been due to the support of the civic hacking community.

Civic hackers can be anyone willing to think up creative, often tech approaches geared towards solving civic problems. Currently we have people engaged in looking at issues around contracting with the City, applying for permits, and accessing public information. With exposure to the complexities of government, civic hackers develop a better understanding of the limitations and possibilities. Even if an app never gets launched, it is not a failed cause. With people actively participating in the development of these applications, we’re fostering a more engaged community, eager to contribute to their City and help solve problems as they arise.

What to read next
Tags
Government
Nicole Neditch 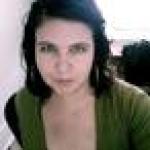 Nicole is the Online Engagement Manager for the Office of the City Administrator at City of Oakland. She is also co-founder of Bay Area Visual Arts Network. Follow her on Twitter @nneditch.
More about me