Real debate between citizens and officials with DemocracyOS 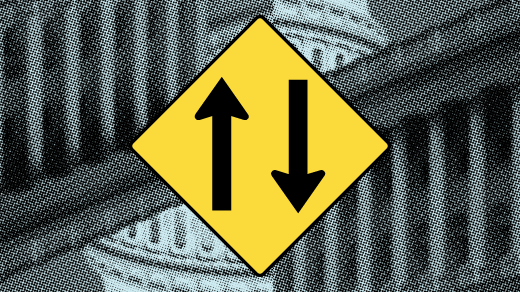 One of the biggest barriers to open government is the decline in citizen participation. Far too many voters believe that their ideas and opinions don’t matter to, or won’t reach the ears of, those in power.

It doesn’t help that many lawmakers are reluctant or outright resistant to changing the political status quo. As Pia Mancini, an Argentine political scientist and one of the founders of Democracia en Red, said in a 2013 TEDx talk:

It’s time to innovate where no one is innovating: the political system. Because our democracy is stalemated and is no longer able to answer the demands of a society that is becoming more and more complex and which is being transformed by new technologies.

Mancini and her colleagues at Democracia en Red, though, might just have the answer to that. It’s called DemocracyOS, and it’s an open source platform that enables citizens to debate proposals that their representatives are voting on. It's also a place for voters to present projects and ideas to their representatives for debate.

In part one of this a two-part interview, Pia Mancini talks with me about the origins of DemocracyOS and the technologies that run it.

Tell us a little bit about Democracia en Red.

We’re a group of 40+ enthusiasts aligned for one common purpose: to update democracy to the challenges of modern society. Democracia en Red believes in technology as a way of expanding democracy to its citizens, and it aims to build a new culture of political participation.

How did the idea for DemocracyOS come about, and what problem is it trying to solve?

We see a system that allows us to choose between binary options, but excludes us from participating in the design of those options. And this exclusion is the key to a huge crisis of representation that is global. Occupy Wall Street, the Arab Spring, Greek Riots. These are just consequences of a system that no longer represents us, and is only able to produce agitation.

Before this, we wondered how could we go from that agitation to construction. And this is what we came up with: a new tool. A tool that will transform the noise we create during protests into a signal that has a clear, direct and strong impact on the political system.

DemocracyOS is designed to solve the crisis of representation by letting citizens speak for themselves.

DemocracyOS is a decision-making platform, so it is designed to address the fundamental components of the decision-making process. It allows citizens to get informed, debate and vote on topics, just how they want their representatives to vote.

Why did you make DemocracyOS open source?

The decision to make DemocracyOS open source had to do mainly with transparency and collaboration. Open source software can be used by anyone, so we can share what we’ve done with others and allow others to build on what we do instead of everyone having to reinvent the wheel as well while receiving help and ideas from those who want to collaborate with us, the end product of collaboration is always better.

We believe in this day and age, proprietary source code is not compatible with a project that has real political and social impact.

What technologies do you use to develop DemocracyOS?

Our codebase is 100% Javascript, and is based on the following libraries and frameworks:

Democracy OS is being used in several countries right now, including Mexico and Tunisia. Have governments and groups in any other countries expressed interest in adopting Democracy OS?

We’re now collaborating with an NGO from Brazil and the Spanish political party Podemos, as well as with Codeando Mexico (a Mexican civic innovation hub).

DemocracyOS is the first project from Democracia en Red. Is there anything else in the works that you can share? Will those projects also be open source?

Now we’re mostly heading to create new components to improve DemocracyOS. But if there would be any other projects in the near future they would definitely be open source because as we said before, it’s a decision we make with a philosophical stand.

You're about to launch a Kickstarter campaign for DemocracyOS. What are the goals of that campaign?

The goal is to get more people to know and help us improve this innovation for the political system that we’re trying to build. You can get a head’s up about the launch of our Kickstarter campaign at the DemocracyOS website.

How can people get involved with and contribute to DemocracyOS?

People can help by spreading the word, doing some press, or by giving feedback on our current beta.

You can keep track of the progress of the project, and help us spread the word, by:

You can also keep track of our codebase in Github.

What to read next
Tags
Government
Scott Nesbitt