How Forge.mil changed the way the US DoD develops software

When one thinks of open source technology, the U.S. government doesn’t always immediately come to mind. The truth, however, is that the Department of Defense (DoD) is not only one of the country’s largest government agencies, but also one of the most active software developers in the world, with thousands of software projects and deployments in motion. It also happens to be a huge proponent of open source technology.

While government software developers collaborate well today, 2009 was a different story. Much of the software was redundant, locked up by vendors and integrators, incompatible with other software, and had a small base of people who knew how to maintain it. In short, it was a challenge. Part of the problem was the nature of the software development needed to support the DoD.

For starters, military demand for software ranges widely–from major defense weapon systems to office automation that improves productivity through logistics, planning, communications, and command and control requirements. Furthermore, the user base varies greatly-including the warfighter at the "tip of the spear," up through senior military leadership and operations officials. Finally, development and delivery processes are complex because military software must meet extremely high standards for security and quality. These systems must pass comprehensive, multitiered test and approval procedures atypical of civilian work.

With so many layers of DoD software development, corralling the system into a manageable shape was a difficult task. As it stood, software management was inconsistent, often done "ad hoc" and in silos. Project teams had to reinvent the wheel with each new application, essentially starting from scratch with each initiative—and it was a very time consuming, inefficient, and ultimately expensive process.

The development of Forge.mil began with these challenges in mind. Forge.mil was founded based on the success of earlier collaborative software initiatives, with the goal of extending collaboration across all of the DoD, including the U.S. military, government civilians, and an extensive network of contractors and partners.

The primary goals of developing the open source Forge.mil community were to create a more open and transparent development process that could remove barriers to reuse, encourage collaboration, and discourage proprietary or closed systems. Build such an extensive, collaborative community required a powerful and adaptable Application Lifecycle Management (ALM) platform to enable code reuse and quality improvements, as well as improve of time to market for new applications. Ultimately, the DoD chose CollabNet’s TeamForge ALM platform as a foundation on which to build Forge.mil.

The implementation of Forge.mil resulted in measurable improvements in cycle time and cost reduction. Forge.mil also facilitates the rapid onboarding of new projects and accelerates the transition from legacy platforms.

The benefits of code reuse alone have been impressive. The DoD has seen tangible code quality improvements and a noted acceleration of time to market for new applications. Those benefits have been realized repeatedly in projects ranging from military weapons systems to operational necessities on the business side. Furthermore, to say the cost benefits are "substantial" is certainly an understatement—estimates from Defense Information Systems Agency (DISA) indicate savings ranging from $18,000 per project for small teams (1–15 developers) to as much as $1.2 million per project for enterprise groups (300–2,000 developers).

In addition to these very real and tangible results, Forge.mil delivers a number of intangible benefits. The newly formed development community sparks creativity and innovation that would otherwise be impossible to attain. Forge.mil also brings with it many of the social and technology-related benefits of open source software communities, which inspire peer networks and strengthen software quality, agility, and innovation.

Five years after implementation, the open source Forge.mil initiative has proven to be a resounding success. It surged past many of its initial goals in just 18 months time. Today, Forge.mil boasts 24,000 registered users, 900 projects, 200 active groups, 2,900+ applications and 150,000+ downloads—and the service is growing every day.

What to read next
Tags
Government
Chris Nimmer 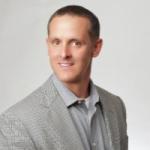