Doctor, your patient will see you now 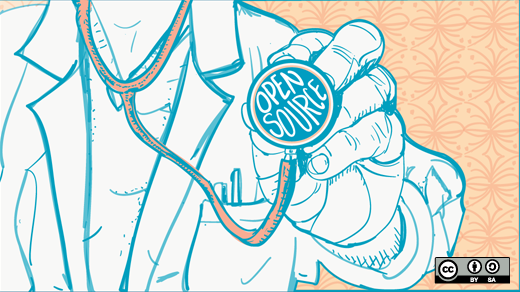 If doctors can't be as accessible and transparent as the tablet or smartphone that lay in the hands of their patients, they can't expect to gain the respect of those they try to heal.

Today, technology has empowered many a consumer, and patients are quickly following suit. For they too, are consuming healthcare as they begin to incur more of its cost. So, what does this more scrupulous and savvy patient mean for healthcare providers? It means change is coming—it's time to embrace it—or face extinction from the rise of the e-patient.

At least, that's the feeling I was left with after reading Let Patients Help, the latest work of Dave deBronkart. If you haven't heard of e-Patient Dave yet, chances are you will: he is a major voice for patient engagement. A former cancer patient turned survivor, healthcare activist, and advocate, deBronkart is spreading the word and coining the phrase on the next breed of emerging healthcare resource: the e-patient. The "e" stands for a number of things, including electronic (for the technological connotation, naturally) as well as for empowered, enabled, equipped, educated, and engaged.

However, after reading the book I realized the "e" may stand for something else—like evolution—more specifically the one that needs to take place between physicians and patients. Some would argue a revolution of such relationships is required, actually. Either way, the change needs to happen, be it gradual or radical, because it may hold the key to our healthcare system thriving, if not at least, surviving. Technology is changing everything, but is it changing enough minds in medicine? Not nearly enough nor fast enough, so it seems.

Let's be honest, doctors have held a near mythical status in our society for the last century. The source of their power and prestige has derived from the belief (or at least suspension of disbelief) that they possess superhuman knowledge. Over the last twenty years, while technology has made information more accessible, it has also played a key role in rapidly evolving humanity's knowledge.

As a result, information is both accessible and ephemeral. Providers are no longer being relied on as the source of information but as the curators of it, and that seems to be a bitter pill that some physicians can't swallow.

That's when it struck me that Let Patients Help isn't just an instruction manual for patients to be more proactive in their own care (or the care of a loved one), it's an opportunity for providers to get the message that deBronkart so gently heeds: Change is happening and perhaps it's best to change with it. In other words, physicians need to get with the program or they are going to be steamrolled by it. Not as gently put, but it gets the point across all the same.

While paternalistic medicine continues to dominate the industry, the convergence of "consumer-driven healthcare" and technological innovation is guaranteed to expose the man-behind-the-curtain myth. So wouldn't it be better for physicians to step from behind the curtain before it's pulled away from them? This is the clever question deBronkart alludes to without ever really asking it. Instead he lists a number of reasons why physicians need to tap into the untapped resource that is the e-patient.

Surely, not every ounce of information a patient digs up is pure gold, but deBronkart points out that there can be incredible value in the empowerment information brings to patients, along with the potential of what could manifest from such knowledgeable exchanges between patient and provider. We could accomplish a lot if medical providers simply let patients help, including cutting healthcare costs; improving treatments, programs, research, outcomes, and hospital safety; and fostering a more honest and balanced outlook on health and wellbeing in general, as deBronkart notes.

Such a list may seem a bit lofty and long, but deBronkart suggests that starting with some small, simple steps could also make a big difference. For example, he thinks that physicians should encourage their patients to be inquisitive and investigatory on matters regarding their health, and yes, even use the Internet as a viable resource. deBronkart is very delicate in his delivery of the subject, but he makes it very clear that to embrace the e-patient, physicians are going to have to let go of their egos.

There is no possible way, with the explosion of medical journals (there were more than 800,000 in 2010 alone) and online resources, that one healthcare professional could know it all. That's why the e-patient should be considered an embraceable ally for the soon-to-be-encumbered physician. Yes, encumbered. Let's not forget the swell of newly insured patients about to line the waiting rooms of already inundated providers. Wouldn't a more knowledgeable and interactive patient consultation create efficiencies in the exam room and perhaps prevent future fruitless visits?

An educated and empowered patient may point a physician in a direction that he or she wasn't even thinking of in terms of diagnosis or treatment. After all, knowledge is power. So, does it really matter where either comes from if it helps? Maybe what we really have to gain from a patient-physician partnership vs. the present physician-bred patriarchy isn't abundantly clear. But if we try it, what do we have to lose? Actually, there is something that physicians could lose if they don't give change a chance—like the trust of their patients. The kind of blind trust physicians are so familiar to receiving soon won't exist.

Medical providers, you know partnerships with your patients are important. Don't wait until your professional days are numbered to realize that. Remember, in healthcare no one is omnipotent, but together, we might all be empowered. Change is indeed coming, and the e-patient is in. E-doctor, are you? When can we expect to see you?

What to read next
Tags
Health
Internet
David Brooks 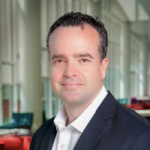 David Brooks is the CEO of Medlio. He is an accomplished entrepreneur and digital health expert. His experience starting and running a primary care medical practice gives him unique insight to the front-line challenges faced by providers. This perspective has led him to several insights for startup ideas that help solve healthcare's challenges with innovative technology.
More about me