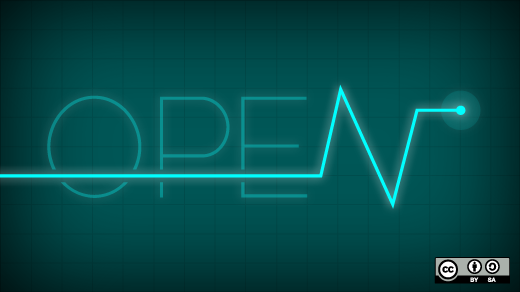 Six years ago, Dr. James Heilman was working a night shift in the ER when he came across an error-ridden article on Wikipedia. Someone else might have used the article to dismiss the online encyclopedia, which was then less than half the size it is now. Instead, Heilman decided to improve the article.

"I noticed an edit button and realized that I could fix it," he said. "Sort of got hooked from there. I'm still finding lots of articles that need a great deal of work before they reflect the best available medical evidence."

Heilman, who goes by the username Jmh649 on Wikipedia, is now the president of the board of Wiki Project Med (WPM). A non-profit corporation created to promote medical content on Wikipedia, WPM contains more than a dozen different initiatives aimed at adding and improving articles, building relationships with schools, journals and other medical organizations, and increasing access to research.

One of the initiatives closest to Heilman's heart is the Translation Task Force, an effort to identify key medical articles and translate them into as many languages as they can. These articles cover common and potentially deadly medical circumstances, such as gastroenteritis (diarrhea), birth control, HIV/AIDS, and burns. With the help of Translators Without Borders, more than 3 million words have been translated into about 60 languages. One of these languages is Yoruba, a West African language. Although Yoruba is spoken by nearly 30 million people, there are only a few editors working to translate medical articles into it.

"The first two billion people online by and large speak/understand at least one of the wealthy languages of the world. With more and more people getting online via cellphones that is not going to be true for the next 5 billion coming online. Many of them will find little that they can understand," he said.

Wikipedia Zero, a program which provides users in some developing countries access to Wikipedia without mobile data charges, is increasing access to the site.

"People are, for better or worse, learning about life and death issues through Wikipedia," said Jake Orlowitz, WPM's outreach coordinator. "So we need to make sure that content is accurate, up to date, well-sourced, comprehensive, and accessible. For readers with no native medical literature, Wikipedia may well be the only option they have to learn about health and disease."

Orlowitz and Heilman stressed the need for volunteer help, and not just with translating. Of the more than 80 articles identified as key, only 31 are ready to be translated. The rest need citations verified, jargon simplified, content updated and restructured, and more.

In an effort to find more expert contributors, WPM has launched a number of initiatives to partner with medical schools and other research organizations. Orlowitz was recently a course ambassador to the UCSF medical school, where students edited Wikipedia articles for credit. He also set up a partnership with the Cochrane Collaboration a non-profit made up of over 30,000 volunteers, mostly medical professionals, who conduct reviews of medical interventions.

"We arranged a donation of 100 full access accounts to The Cochrane Library, and we are currently coordinating a Wikipedian in Residence position with them," Orlowitz said. "That person will teach dozens of Cochrane authors how to incorporate their findings into Wikipedia."

Those who are familiar with how Wikipedia is edited might balk at the thought of contributing. Won't they be drawn in to "edit wars," endless battles with people who don't believe in evolution or who just enjoy conflict?

"There are edit wars," Heilman admitted. "They are not that common though. Ninety-nine percent of articles can be easily edited without problems."

Orlowitz elaborated on some of the problems that arise.

"We have a lot of new editors who don't understand evidence quality," he said.

The medical experts they recruit face a different set of challenges.

"One difficulty many experts have is that they wish to reference their own primary sources. Or write about themselves," said Orlowitz. "Both those are frowned upon. We also have some drug and device companies that edit articles in their area of business—we discourage this strongly and it's something we keep an eye on."

And what about legitimate differences of opinion about as yet unsettled medical theories, facts and treatments?

"Wikipedia 'describes debates rather than engaging in them'," said Orlowitz. "We don't take sides, we just summarize the evidence on all sides—in proportion to the quality and quantity of that evidence."

Heilman continued: "For example, Cochrane reviews state it is unclear if the risk versus benefits of breast cancer screening are positive or negative. The USPSTF is supportive. We state both."

Another reason academics might hesitate before contributing is the poor reputation Wikipedia has in academic circles. Another initiative, the Wikipedia-journal collaboration, states: "One reason some academics express for not contributing to Wikipedia is that they are unable to get the recognition they require for their current professional position. A number of medical journals have agreed in principle to publishing high quality Wikipedia articles under authors' real names following formal peer review."

A pilot paper, adapted from the Wikipedia article on Dengue Fever, is to be published in the Journal of Open Medicine, with more publications hopefully to come.

The stigma against Wikipedia itself is also decreasing.

"The usage stats for the lay public, medical students, junior physicians, and doctors, and pharmacists are just mindbogglingly high. It's in the range of 50 to 90 percent, even for clinical professionals. We hear a lot that doctors 'jog their memory' with Wikipedia, or use it as a starting point," said Orlowitz. One 2013 study found that a third or more of general practitioners, specialists and medical professors had used Wikipedia, with over half of physicians in training accessing it. As more diverse kinds of scientific contributions begin to be recognized, Wikipedia edits may make their way onto CVs.

Open science activists may be disappointed to learn that Wikipedia doesn't require or even prefer open access sources for its articles.

"Our policy simply states that our primary concern is article content, and verifiability. That standard is irrespective of how hard or easy it is to verify," explained Orlowitz.  Both Wikipedians personally support open access, and would welcome efforts to supplement closed access citations with open ones.

"If there are multiple sources of equal quality that come to the same conclusions we support using the open source ones," said Heilman.

So what are the best ways for newcomers to get involved? Heilman stresses that editing articles remains one of the most important tasks of the project. This is especially true of people affiliated with universities.

"Ironically, since these folks have access to high quality paywalled sources, one great thing they could do would be to update articles with them. We also could explore affiliating a Wikipedia editor with a university as a Visiting Scholar, so they'd have access to the library's catalogue to improve Wikipedia, in the spirit of research affiliates," said Orlowitz.

Added Heilman: "If there are institution who would be willing to donate library accounts to Wikipedia's we would appreciate it. This would require having the Wikipedian register in some manner with the university. There are also a number of us who may be willing / able to speak to Universities that wish to learn more about the place of Wikipedia in Medicine."

The two also speak at conferences and other events.

Wiki Project Med, like Wikipedia itself, is an open community—a "do-ocracy," as Orlowitz calls it. If you're interested in learning more, or in getting involved, you can check out their project page, which details their many initiatives, or reach out to Orlowitz or the project as a whole on Twitter (@JakeOrlowitz, @WikiProjectMed) or via email (jorlowitz@gmail.com, wikiprojectmed@gmail.com).

This article was originally published at Open Science Collaboration. It is reposted here under a Creative Commons license. The article is the first in a series highlighting open science projects around the community. Read the interview on which this article was based edited for clarity and unedited.

What to read next
Tags
Health
Wikipedia
Shauna Gordon-McKeon 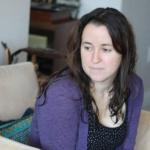