In April 1982, exactly 30 years ago, the European Internet was launched by the Dutch researcher Teus Hagen, at a European Unix User Group conference in Paris. EUnet was the very first European Internet backbone. NLnet Foundation subsequently took the lead of this initiative, and not only helped shape the European Internet, but was fundamental in establishing the currently biggest Internet exchange on the planet, and also built out a market leadership. In September 1997, so 15 years ago, it was acquired by UUnet, now Verizon. All money was put in a fund with the sole purpose to make the Internet better.

global charities that funds fundamental independent contributions to the Internet in areas such as DNSSEC, IPv6, browser security as well as many other areas such as realtime communication, censorship circumvention and many more.  This is a description of the  charitable work of NLnet, including information on obtaining funding from NLnet for open source projects.

The mission of NLnet Foundation sounds relatively simple: Stimulate the development of  technologies for the purpose of exchanging electronic information for the benefit of the whole society. The latter implies that the results of the projects the foundation supports shall be made open source.

To us, network technologies are not limited to say Internet protocols. The Internet is just one of the (super) networks the developments of which are being supported alongside with e.g. projects in mobile telephony, mesh networks, and integration of different networks. Regardless of standards and protocols, any network is being used for transmission, storage and processing of information. From this perspective NLnet also encourages projects aimed at integration of all networks. The user does not care what technology or protocols are being used in the network. It should be convenient to use, effective, independent of place and time.

In practice this process of integration is not that easy. Not so much from the technological prospective as from the political one. The good example is the ITU, the organisation the origins of which lie in the traditional telephony and which is being under governmental control, is not quite enthusiastic about the convergence of networks and in the counter attack even trying to take over control over the Internet. If it happens it will lead to the full centralization of the development, permissive development methods and further monopolization in the sector.

The role of NLnet is thus quite important, as the organization has no political or commercial interests, and has one goal – stimulating open technologies for unrestricted exchange of information.

Sometimes there is much to learn about existing technologies as well. And repair them when they are broken. Unravelling widespread but insecure network technologies like GSM, DNS, SSL or RFID, and finding secure alternatives, doesn't generate money for any of the people involved. The contribution from NLnet allows plumbing to be done regardless of business models. And that makes a big difference.

When open source needed a better open license suited for network technologies, NLnet funded the development of the GPLv3 license. When Tor needed to reconsider their technology to make it useful for those who mostly needed it in countries with suppression regimes, we were there to help. When GSM operators kept denying that their networks were wide open to anyone willing to listen in, we supported the bright man who showed how easy it could be done, and forced them to secure their networks.

Probably fewer people know NLnet than NLnet Labs. NLnet is the main source of income for NLnet Labs, which is one of the leading non-commercial Internet research labs that produces cutting edge engineering work on key Internet technologies being used everywhere, such as DNS and BGP. When DNS was proved to be totally broken NLnet Labs has taken the lead role in developing of DNSSEC and related technologies. Not for profit, not for fame. For the Internet.

Not only "plumbing work on the Internet" is being done by NLnet. We provided "seed capital" to many ground breaking projects projects like Ksplice – rebootless kernel update, Serval – operatorless mesh networking, Jitsi – a brilliant alternative for Skype, RFID Guardian and many more.

NLnet is the place where talented people may find support for their ideas leading to a "next Internet." Like the Unhosted project which will make the Internet free from the web's monopolies by breaking the application providers' evil deal "you get our app, we get your data."

There is a lot of value to society we all get for free. Many important technologies, like the Internet and the World Wide Web, have no business model by themselves. They are part of what makes our modern world run, yet you can't buy or own them. They were handed down to us, generously, by the people who created them. These pioneers had no business model in mind when they created the technologies we now use, and that made just about everything else that happened thereafter possible.

The Internet is all about generous opportunities. An important reason we massively adopted and continuously refined the Internet and the web was exactly because we could. New applications, new services and new standards were created because there was no one to tell us we couldn't. Because different people were allowed to contribute when they saw the opportunity and were not restricted in their efforts.

The free nature of the Internet allows for a permissiveless innovation model - everyone can bring new services to the Internet and to the web. Compare that to the way the telecommunication industry or the location signalling satellites operate, and you will find a world of difference. No single commercial or governmental entity could have matured the Internet technologies as fast as they have. The Internet is unique.

But the Internet is never done, and some technologies don't age gracefully. So once we need to continuously challenge and revisit old ideas, and come up with new ones. That is the way to keep these 'free' technologies healthy. How do we make sure that happens if there is no business model to pay for such 'maintenance?'

The way NLnet works is as simple as it is effective: we invite smart people around the world to submit their ideas on improving the core technologies our society runs on, we pick out the very best ideas for funding in a very fast and lightweight procedure. We don't demand new, market-ready stuff. It doesn't have to be glorious. It just has to have a potential to change the Internet to the better and safer place to be.

As Richard Stallman ever said about NLnet Foundation: "There are only a few idealistic organisations in the world that go beyond funding individual free software projects, and try to tackle the larger challenges...they deserve your support."

If you have a valuable idea or project that can help create a more open global information society, and are looking for financial means to make your ideas come through, we might be able to help you. Indeed our mission is to fund open source projects and individuals to improve important and strategic networking technologies for the better of mankind. Whether this concerns more robust internet technologies and standards, privacy enhancing technologies or open document formats - we are open for your proposals.

We are independent. We are not like other funding bodies you may have experience with, because we only have to judge on quality and relevance, and not on politics or any other dimension. What is important for us is that the technology you develop and promote is usable for others and has real impact. And we are also interested to hear your inspiring ideas if you are unable to manage it yourself.
We spend our money in supporting strategic initiatives that contribute to an open information society, especially where these are aimed at development and dissemination of open standards and network related technology.

Submitting your proposal to NLnet should not take you hours - if we like the idea we can go into details after we commit our money.
Six times a year NLnet offers smaller and starting projects the opportunity to submit a proposal for support. Look on our website for the next deadline for submission. In a short and clear procedure NLnet decides, based on relevance, quality and urgency which initiatives it supports and which it does not. A focus on societal impact and actual usage are considered as positive traits of a proposal. We appreciate it if (where relevant) your application contains a target audience for your project, and tells us how you are going to disseminate results and promote awareness.

There is one important condition which is that any software or hardware that a project produces must be available under a valid open source licence (GPL, BSD, Apache, etc.). Same goes for documentation – the Creative Commons licence is the one we recommend.

Within two weeks after the deadline you will hear if your project falls within the criteria, and within four weeks you will know if we want to take the project under our wings. After we have shared our vision on the project with you the project plan is finalised. We have quite an extensive network and many partners, and potentially we can connect you with other experienced parties. If everything is in place, your project can be up and running within six weeks!

In order to reduce risks, to smaller projects we can offer support ranging between 0 and 30,000€ and a manageable life span of a year at most. If the project is successful and needs more money we either consider our follow up financing, e.g. NoScript or Jitsi – both three times, or help to find follow up financing. Often projects get that much exposure that they attract financing themselves, like the Serval Project ($400,000 from The Shuttleworth foundation) or Ksplice (more than $1M in other awards).

The NLnet contribution can also be used as so called "matching" for other subsidies from organisations such as government innovation funding and science foundations.

There could be other reasons to contact us. When we support you, we do not sit back - we actively try to help you get results. We have an interesting international network that we can help to put to work for you, if your goals align with ours. NLnet serves the public interest through your energy and labor, and we are passionate about that. You can expect us to be a professional partner, with low overhead. It's all about helping you get the most out of your ideas.

M.Leenaars contributed to this article.

What to read next
Tags
Law
Valer Mischenko 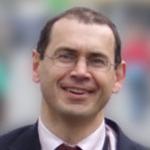 Valer Mischenko (Ukraine, 1963) is director of NLnet. He graduated from the Moscow Institute of Physics and Technology after studying spacecraft control systems, algorithms, and software. He later obtained a degree in business administration. Valer participated in several Russian, European and international space projects before he finally settled down in the Netherlands.
More about me