The DRM graveyard: A brief history of digital rights management in music 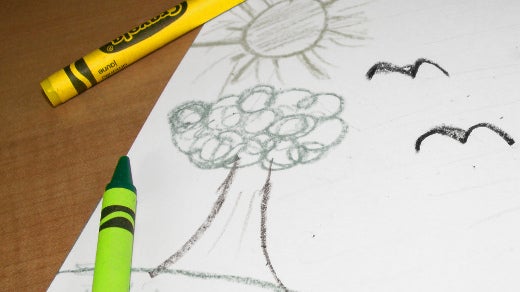 There are more than a few reasons digital rights management (DRM) has been largely unsuccessful. But the easiest way to explain to a consumer why DRM doesn't work is to put it in terms he understands: "What happens to the music you paid for if that company changes its mind?" It was one thing when it was a theoretical question. Now it's a historical one. Rhapsody just had the next in a line of DRM music services to go--this week the company told its users than anyone with RAX files has unil November 7 to back them up in another format or lose them the next time they upgrade their systems.

Corporations claim that DRM is necessary to fight copyright infringement online and keep consumers safe from viruses. But there's no evidence that DRM helps fight either of those. Instead DRM helps big business stifle innovation and competition by making it easy to quash "unauthorized" uses of media and technology.

Unfortunately, the side effect in this less-than-successful attempt to fight piracy is the hours it takes users to retrieve, rip, and back up their music when a services shuts down, is sold, or simply decides DRM wasn't the right way to go (sometimes in as little as five months). The following is a brief history of the rise and fall of DRM in music services.

October 2001
"Beale Screamer" cracks the Microsoft Windows Media DRM and posts a how-to on the sci-crypt Usenet board along with code for stripping the DRM from Windows Media files. In his message, he writes to music companies, "Give us more options, not fewer. If you try to take away our current rights, and dictate to us what we may or may not do, you're going to get a lot of resistance." To users he writes, "Please respect the uses I have intended this software for. I want to make a point with this software, and if you use it for purposes of violating copyrights, the message stands a very good chance of getting lost."

April 28, 2003
One week later, the iTunes store launches with its songs encrypted with FairPlay DRM. It restricts users to accessing songs from only three (later five) computers and making no more than ten (later seven) copies of a CD playlist.  Apple does not license its encryption, so only Apple devices can play iTunes music.

November 2003
FairPlay is cracked by Jon Lech Johansen ("DVD Jon"), previously known for his part in the DeCSS software, which was released four years earlier for decrypting DVDs.

August 2004
Microsoft begins certifying devices and providers with the PlaysForSure mark, noting that they had been tested and certified for compatibility with files encrypted with Windows Media DRM.

October/November 2005
Consumers of Sony CDs discover the Sony rootkit in its SecuROM DRM. Removing it leaves some forced to reinstall Windows. Sony settles in December. (Read a timeline of the Sony rootkit story.)

July 2006
The eMusic subscription service, which sells songs DRM-free, becomes the second-largest digital music service, though with an 11% market share to iTunes' 67%.

September 2006
Steve Jobs announces that Apple has 88% of the legal US music download market--still locked under DRM.

November 2006
Microsoft abandons the PlaysForSure strategy in favor of a more Apple-esque approach with the Zune player tightly tied to the Zune Marketplace. PlaysForSure music will not play on the Zune.

February 2007
Steve Jobs writes in "Thoughts on Music" that it is the music companies who force Apple to use DRM in iTunes contracts, and he calls on them to relax the demand. "DRMs haven’t worked, and may never work, to halt music piracy," he writes.

April 2007
EMI's music library becomes available DRM-free on iTunes for a premium charge through "iTunes Plus."

Customers soon discover that each of these tracks downloaded from iTunes--even the new, DRM-free ones--has the user's personal information embedded.

Nokia Music Stoore launches to provide Nokia phones with an on-phone music store using DRM that allowed music to be played only on the phone.

April 2008
Apple becomes the largest music seller in the US, followed by Wal-Mart and Best Buy.

March 2008
Microsoft announces that the MSN Music Store will no longer be supported and users will not be able to play their songs on any computer they do not authorize by August 31--songs definitely no longer "play for sure."

June 2008
Microsoft responds to customer outrage and agrees that MSN Music Store songs will continue to be transferrable through the end of 2011.

September 2008
Yahoo! Music Unlimited shuts down and merges into Rhapsody. It encourages users to burn their music to CDs by the end of the month, as the move to Rhapsody does not include the continued ability to access license keys for purchased music.

Wal-Mart decides to shut down its DRM system, ending support for protected files from the five months when they chose to use it.

January 2009
Apple agrees with the four major music companies that all music sold via iTunes will be sold DRM-free.

April 2009
Apple announces availability of DRM-free versions of all music in the iTunes store (but keeps it on video, audiobooks, and apps).

April 2010
Rhapsody spins off from RealNetworks.

November 2011
Rhapsody tells its users that anyone with its older RAX format files has unil November 7 to back them up in another format or lose them the next time they upgrade their systems.

What to read next
Tags
Licensing
Audio and music
Ruth Suehle