How hackerspaces make any city an open source city | Opensource.com

How hackerspaces make any city an open source city 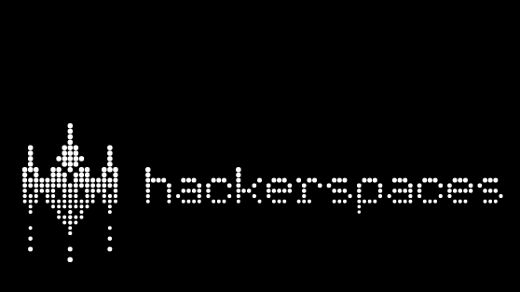 At SCaLE 9x, Leigh Honeywell gave a keynote on the history and future hackerspaces. (Watch the video.) She provided a history of the hackerspace movement both inside and outside of the US and its slow but steady spread through the world. She also talked about some of the things that hackerspaces are known for, and some notable things that the hackerspace she co-founded, Hacklab Toronto, had done. It was a fun and lighthearted keynote, but the talk was underscored by the fact that the keynote was given at an open source software conference. While similar, Leigh describes the differences between the two movements and, more important, the similarities between the two, and their intersection points.

Hackerspaces are something that Europe has had for a long time, but they're a relatively new phenomenon in North America. They've been described as "a place for mad scientists, and mad artists," "a group of people who meet up and do awesome things," and countless other things, but they also serve an important purpose in that they are the physical embodiment of the ideas of the open source way. Hackerspaces are, most simply, the meatspace equivalent of open source projects. People go there to hack on all sorts of different sub-projects, get together for meetings, share ideas, and share resources. Hackerspaces are incredibly important to the growth of open source ideals at a local level.

Hackerspaces are also on the forefront of the development of new technologies. Some hackerspaces invest a lot of time in software projects, but a lot of time, money and heart goes in to open source hardware. One technology that has been fostered and grown an incredible amount within the hackerspace community is 3D printing. 3D printing, idealized by projects like Rep Rap and MakerBot, takes the ideas of open source hardware to the extreme: the ability to create self-replicating printers, quick prototypes, or implementations of hardware projects, and has countless other uses. It opens a world of ideas and possibilities for unheralded creation and, more importantly, sharing. When objects are simple CAD/CAM files that can be shared via email and printed for pennies, sharing wins.

The hackerspace movement, at least in the US, is on the cusp of mainstream recognition. My local space in Arizona, HeatSync Labs, is getting media coverage in the local newspaper and culture magazines, and it is only going to get bigger, both here and across the nation. Open source hardware, software, and society are being pushed forward, more and more, by hackerspaces in a way similar to how the open source software movement is pushed forward by mainstream acceptance of projects like GNU/Linux, Firefox, and OpenOffice. While these large projects are an integral part of introducing the open source ideas to large institutions, governments, NGOs, and other institutions, hackerspaces provide a space for citizens, small businesses, and local education institutions a place to share resources and tools and learn about the benefits of open source and to put those benefits to use. Whether it's classes on woodworking and soldering, or visiting local tech schools to talk about hackerspaces and open source, or simply open hours where anyone can come in and work on their projects, hackerspaces give an open source voice to any city.

Local hackerspaces give creators and possible creators the chance to impact the local community, to encourage the growth of open source at a community level. Whether you're hacking on physical computing through the Arduino platform, or on wireless mesh networks, or a homemade electron microscope, the possibilities for growth in the community are endless. Every community has makers and hackers--they just need a focal point and a place to meet up. Most big cities already have spaces popping up, and Leigh believes that there is no excuse for your town not to have one, no matter how small it is. So, find a space, start a space, and do something to make open source happen in your neighborhood.

Ryan Rix - Ryan is a Red Hat intern, Fedora Project member and contributor to the KDE project. Ryan is a champion of open hardware, and free software.
More about me

Is the cloud right for you?

Leigh's keynote was a lot of fun. I definitely encourage people to go watch the recording. I was especially impressed with their custom open source lock system for HackLab. I want one on my house!