Sharing the unconference way: Hosting a BarCamp in Nepal | Opensource.com

Sharing the unconference way: Hosting a BarCamp in Nepal 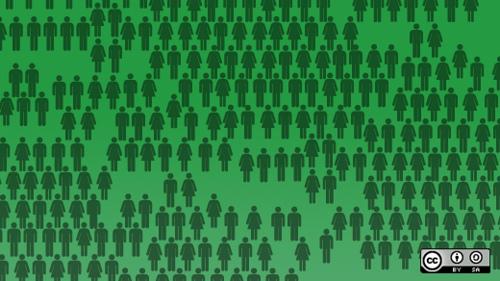 Humans have a natural tendency to share and socialize. People have ideas they want to discuss with others, get comments on and build upon. People also love to see, meet and interact with like-minded people and form a team so as to pursue their passions, ideas and dreams. People like to reach out to other people, and they have been doing this through small gatherings–at coffee shops, bars, and, recently (thanks to Web 2.0), through blogs and social networking services. The social networking era has begun and witnesses an overflow of information people want to share with others. This has indeed helped people to reach out and connect with spheres of like-minded others.

Though Web 2.0 has proved itself as a cheap and efficient tool for sharing and connecting, most of these activities happen on a virtual surface, and people still want to interact in real spaces. The only way to reach out to large audiences this way is through conferences. But conferences on the other hand have limitations. To name a few, they are limited in interaction and are more or less involve the one-way delivery of ideas and content; they are limited in access and not everyone is able to make their way to conferences; they are heavy (in terms of overhead) on the organizers, and most of them are costly to attend. So it seems that conferences are a platform for the privileged, and a large mass of the unprivileged group is still left out to participate and create.

a participant-driven meeting. The term unconference has been applied, or self-applied, to a wide range of gatherings that try to avoid one or more aspects of a conventional conference, such as high fees, sponsored presentations, and top-down organization.

Unconferencing provides you the same benefits of a traditional conference sans the limitations. It is as informal as a reunion with your friends, and as creative as working in an innovative task-force setting. This style of unconference has been attracting a lot of interest, and many unconference-style events have been popping up around the world (to name a few: FooCamp, BarCamp, BloggerCon, and Mashup Camp).

Nepal is in its first decade of knowledge sharing, where it has been realized by at least the youth, who have started sharing. Besides the growth of Web 2.0 technologies, the country has since 2009 witnessed an organized gathering around change and innovation with the name "BarCamp". BarCamp is an ad-hoc unconference born from the desire for people to share and learn in an open environment. It is about the open source way of producing, sharing, and consuming ideas and content. It is not centered on an agenda with only the host making a presentation or a speech. Quite the opposite to being a formal gathering of black suits, the event cherishes hosting an open floor for all those who strive to share and achieve despite their backgrounds, interests, and status. It is where ideas get shared, created and advanced.

BarCamp means a lot to developing countries like Nepal, where conferences on the theme of change and innovation are a rarity. Barcamp has been a melting pot of all Nepalese innovators since its inception in the country. Barcamp is depicted, here, as a youth event where you enjoy the sheer joy of meeting people who think along your line of thought, and discuss ideas among others who support your initiative and make suggestions. BarCamp is altogether about being in a creative sphere of innovation where ideas are discussed, dissected, reconstructed, advanced and disseminated. More and more people are joining BarCamp. They have a voice and a keen interest to share it; thanks to BarCamp for being the platform for this change.

With two successful events in Nepal (in 2009 and 2010), BarCamp Kathmandu is up again Saturday, August 6, 2011. The plan is to span out and go large this year, with parallel discussions on various topics. More and more speakers are turning in and registering their sessions. Some of the most notable sessions registered for BarCamp Kathmandu 2011 are "Disrupting Education the Open Source Way," "Hello, Messy Political Economy! Part 2," "The Latest in Hobby Electronics," and "State of the Nation." Besides these, there are also a lot of other interesting discussions on social media for change and the future of the Internet. With two more days for registration, a lot of other sessions would be added. Did I forget to mention that you can also organize impromptu sessions on the day at the event itself? Isn’t that cool? People love the freestyle nature of the event–mostly its open access. You do not need to pay registration fees or get yourself sponsored to attend the event. You just need to register online or at the event itself (free of cost).

Welcome to the new world of sharing and discussing the open source way! BarCamp is not only at Kathmandu, Nepal. It might be happening just beside your house. Do you think you have an idea to share, or just want to see what people are discussing? Join people like you and me at BarCamp. The registered sessions worldwide are listed at barcamp.org. Details on BarCamp Kathmandu 2011 is available at www.barcamp.org.np.

I’ll leave you with the intro video for BarCamp Kathmandu 2011.

Abhishek Singh - Abhishek is passionate about Open Source
More about me