The founder gap: Why we need more women in open source

Look at the founders of any Internet startup, and you're almost certain to find an open source expert among them. Take Google, the biggest Internet success story of them all. Co-founders Larry Page and Sergey Brin built and ran their brand-new web indexing tool on servers running the open source operating system Linux—and still do, 13 years and several billion dollars in profits later. Pick an Internet startup—Facebook, Zynga, Groupon—and chances are you'll find open source software running on its servers (and an open source-savvy founder in the boardroom).

At the same time, women make up an estimated 2% of the open source community, far lower than the percentage of women in computing overall, estimated at around 20%. Is it any wonder that women founders are so rare in Internet-related startups, when many of the founders come from a population that is 98% male?

If we want to increase the number of women founding Internet startups, it is imperative that we close the "gender gap" in open source software.

And we do want more women founding startups: Study after study finds that startups (and corporations in general) with women in top management spend capital more wisely, succeed more often, and make more money in the long-term. Products and services built by more diverse teams are better. And it’s just plain fair: the billions in personal wealth that end up in founders’ pockets shouldn’t be limited to "white, male, nerds whove dropped out of Harvard or Stanford."

What am I doing about it? Well, I quit my job as an open source developer and co-founded the Ada Initiative with Mary Gardiner, also an open source developer and feminist activist. Named after Ada Lovelace, the first computer programmer, the Ada Initiative is a non-profit dedicated to increasing the participation of women in open source software, Wikipedia, and other areas of open technology and culture. We work through education: teaching workshops, writing guides, giving free consulting, and more. We teach women skills for succeeding in open tech/culture, and men how to support women.

Want to help? Support the Ada Initiative through our current fundraising campaign and learn more about our work.

What to read next
Tags
Business
Diversity and inclusion
Valerie Aurora 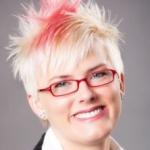 Valerie Aurora is the Executive Director of the Ada Initiative and has over ten years of experience as both a Linux kernel developer and as an advocate for women in open source. She worked as an operating systems developer for several leading open source companies, including Red Hat, IBM, and Sun Microsystems.
More about me