This month Santa Clara, CA, hosted the largest snake charmer gathering in history—but not the mass of individuals holding flutes, wearing turbans, and playing seductively at wicker baskets you might be imagining. Rather, this crowd was more likely to be found staring at laptops than a venomous snake at the other end of a pungi. This was PyCon, a conference dedicated to charmers of the python programming language.

The annual Python conference began in 2003 with roughly 250 attendees and four sponsors. This year’s mix of programmers, engineers, scientists, software developers, web developers, code monkeys, code ninjas, slingers of the code, and hackers (i.e., nerds, and proud of it) was the largest PyCon yet with more than 2,257 participants and 136 sponsors. This year’s attendance cap was originally set at 1,500, but as Jesse Noller, PyCon’s volunteer chair, pointed out, the conference organizers clearly need to work on their math. Light years away from its minimalist roots in 2003, this year’s conference began with nothing less then dancing robots. 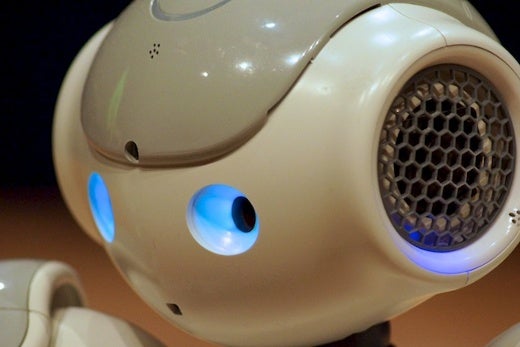 Yes, dancing robots! The Nau robot, whose controlling code was released as open source last year, opened the conference with a dance routine that left the prestigious keynote speakers Paul Graham and Stormy Peters completely upstaged. And, as if these technical undulations were not enough, a drawing to win one of those $4,000 babies was announced. If it wasn’t done by attendance, I’d have stuffed the box.

Stormy Peters, head of developer engagement at Mozilla, kicked the conference off with a keynote that challenged attendees to create responsible open tools and sites that put users in control by letting them know how their data is being used. Paul Graham appealed to people’s entrepreneurial side by discussing ideas for the next great startup. If Paul was successful, and I think he was, be on the look at for startups that will kill Hollywood, create the next search engine, and help you better manage and direct your healthcare. And, if those options aren’t lofty enough for you, Paul suggested someone in the audience build the next Apple. (I’ve accepted the challenge and have laid out plans for a steampunk iSelf robot that will do my job for me so I can watch anime and change the world simultaneously.)

The cloud hung over the conference, showing up on banners, t-shirts, and in company names. Yet, finding one definition of cloud is like asking an Eskimo for one word to describe snow—it depends. Whatever you think it means, it’s clear that cloud, distributed processing, and other “web scale” topics are of particular interest to PyCon attendees. Sessions covering these topics were typically the best attended and often with standing room only. 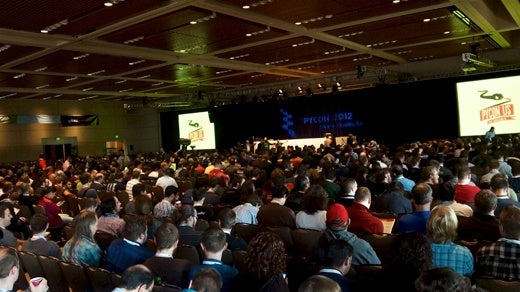 Apple is strong. The iPad3 was released the last week, and attendees were either rushing to complete pre-orders or competing for Apple products, which were clearly PyCon’s most coveted competition prizes.

Jonathan Ellis, developer and project chair of Cassandra, was bold enough to tell a crowded room of Python developers not only what Python can learn from Java, but also that all vi and emacs users should repent and start using real IDEs.

I did not win the Nao robot and wrote this post while standing behind Jesse Noller in a line of people hoping one would miraculously become available. (It didn’t.)

Python 3. There was quite a bit of talk about Python 3. Python 2 lives on, but with most of its new functionality followed by the words “back ported.” Several groups announced support for Python 3, including the ever-popular Django, which will support it in its next release.

Finally, I’d like to note that PyCon featured not one real python. I mean, really! With a name like Python, there are so many opportunities. And yet, the best I could find were stuffed and made of cloth. Here’s hoping for next year.

What to read next
Tags
Python
Cloud
PyCon
Thomas Cramer 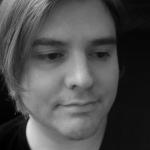 Thomas Cramer is a senior software engineer at PokitDok and focuses on searching and crawling and big data development. He is in the process of moving from “The South” (that is Charleston, SC) to Silicon Valley where he is ready for his trans-fat lobotomy and hemp based uniform.
More about me