The code for open source milk is cracked 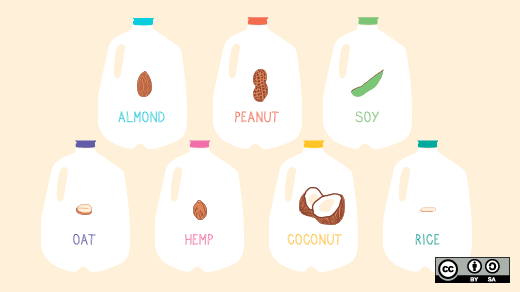 My son was recently put on a temporary alternative milk diet, no cow, rice, or soy milk. I panicked. My entire life my family has been a cow's milk household—I don't know a life without dairy products. We had been making our own yogurt, so I hoped that would help.  Thank goodness, my son and my family don't have a nut allergy. Otherwise I would panic more.

When I used to teach at a public high school in a city nearby, I knew kids who only drank cow's milk because it was offered in the free or reduced lunch. These kids were poor and otherwise would not have drank cow's milk.  Instead, they would buy and drink a two-liter bottle of soda because it was .99 cents or a third of the cost of a gallon of cow's milk.  My family typically buys two gallons or more of milk each week, and that might not sound like a lot of money, but librarians don't make much and every penny seems to count—or more like disappear.

I grumble and buy some almond milk at the supermarket but start to wonder about life and milk in the present and past in the United States.  About 97% of milk products in America come from cows. Why? Partly because colonists brought cows to Virginia in the 17th century, and England is a dairy mecca.

Cows require land and grass to eat, which often requires irrigation. I'm not a mathematician, but cows cost money and land costs money. If you weren't a land owner in the 17th century, you might have been able to use a common or public space to graze your cow. Some people bought shares in a cow or bartered for cow milk. Slaves, on the other hand, didn't have any options.

Today, U.S. schools must offer (cow's) milk at every meal, and about a quarter of schools offer rice or soy milk.  Many schools, however, require a doctor's note to decline the cow milk offered in a school lunch program or to substitute the cow's milk.  The U.S. government's website features a Milk Matters public health education campaign to promote calcium consumption, but there's no mention of almond or peanut milk on the lactose intolerant page as a substitute or about casein intolerance either. In fact, the site mentions low-fat or fat-free milk, yogurt or cheese. My son was clearly out of luck according to the National Institute of Child Health & Human Development.

So, I started to wonder about life and milk in the present and past around the world. I picked up my yoga book and The Multicultural Cookbook for Students, a former public library book I might add that I bought for .25 or .50 cents years ago, and read.  I also look online for alternative recipes about making nut milks from sites such as One Green Planet.org.  I begin to ponder...

Poor people in Africa and Asia do not own land, nevermind cows. The soil is poor too. And in India, the cow is sacred. Coconut, peanut, and almond milk are the main alternatives. That's how it is today for these folks, and that's how it's been for thousands of years. Millions, if not billions, of people live on alternative milks. Peanuts, after all, were brought to America on slave ships from Africa, and make a protein-rich milk drink.

I stop and think if I made my own peanut or almond milk, how wonderful it would be. No chemicals, additives, or preservatives. No money going to a dairy corporation or conglomerate. More nutrients and potentially more calcium.  Sugar and carbohydrates are nil or nearly and a third or less of the calories of cow's milk if left unsweetened. I just need some nuts, water, time, and patience to see how difficult or easy it is to make an alternative milk.

Here are my steps:

The code for making milk is cracked. And making almond and peanut milk is easy—like it is for millions of people in Africa or Asia.

Food and drink regulation in the U.S.

It's the lack of government regulation in the food and drink industry that is part of the problem in our country's fight against issues like, childhood obesity. The other problem is we don't stop, think, and question the status quo often enough.

The truth I've discovered is it's not so bad if your child is lactose and/or casein intolerant. You might actually enjoy the alternatives and have more pennies in your pocket too. If it's good enough for people around the world, it's good enough for me, and more importantly, my son. 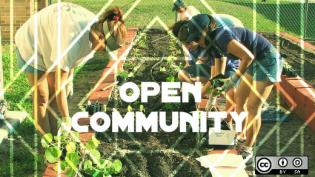 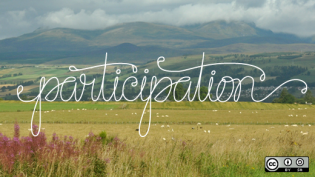 To make it, you first grind the seeds to a flour. Add water, and mix it. Then you filter it so your left with at milky sesame seed drink.

If I remember correctly, about 1/2 dl of sesame seeds and about 3 dl of water is about right proportions, although I'd recommend you experiment in order to make the sesame seed milk you want if you decide to try it.

"It's the lack of government regulation in the food and drink industry that is part of the problem in our country's fight against issues like, childhood obesity. The other problem is we don't stop, think, and question the status quo often enough."

How is this the governments job? If you can't learn how to take care of your self and eat healthy that is your problem. Don't make it mine or anyone else's.

I choose to regulate my own choices, you regulate your own. I will take responsibility for my actions and my children's, not yours.

Additionally, part of the status quo that we really should be questioning is the belief that regulations are actually a benefit to consumers, when they are invariably written by lobbyists for the dominant players in the industry that will be "regulated".

Ms. Fox should try taking her own advice.

Finally, other than the misleading title, what on earth does this article actually have to do with open source?

The author discovered that she was not in fact enslaved to proprietary solutions (packaged milk and nut milk in stores), but could find recipies for making her own. While this is pretty basic common sense, a suprising number of people are shocked to hear this.

Government regulation of food is the last thing we need. Government standards (which are useful as long as they remain voluntary) are based on old science (what we know about nutrition keeps growing) and industry lobbying. Get your calcium from vegetables.

I would class myslef as fairly liberal in my policial views... However: Government regulation is often a very blunt instrument, possibly controlled by parties that have the financial wherewithal to have regulations written to the specifications they want. The net outcome is that established business can use reglation to bar entry to newcomers. A big established business can afford the expense of regulatory compliance, but small businesses can not. Ironically, regulation in the wrong hands can be anti-FOSS.