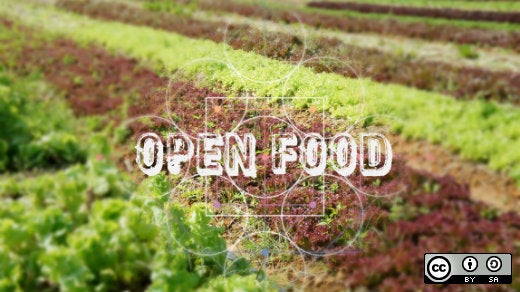 FarmBot is a robotic open hardware system that assists anyone with a small plot of land and a desire to grow food with planting, watering, soil testing, and weeding. It uses a Raspberry Pi, Arduino, and other awesome components, including weather-resistant materials.

Founder Rory Aronson talks details with me in this interview, but make sure you watch this video.

How has your background and philosophy driven the creation of FarmBot?

I studied mechanical engineering in school and graduated in 2013. However, the idea for FarmBot came to me though an organic agriculture elective I took. I've been working on FarmBot ever since, extensively using my engineering background to design, build, test, and document the project.

How is FarmBot different from other urban gardening solutions?

FarmBot is the first piece of technology that is an end-to-end soil-based food production system that is also 100% open source, focused on precision, controlled from the web, and accessible and appropriate for small-scale operations.

How well does FarmBot scale? What is the smallest and largest farm I could manage?

Our current kits are designed for a 1.5x3-meter growing area. This is enough to grow one person all of their vegetable needs continuously. We're working on larger devices up to eight times the size for release next year. Those will produce enough food for a family or a small commercial operation. We don't anticipate FarmBot scaling much beyond that size, but one could very easily employ multiple devices and synchronize them or control them independently.

Why did you make FarmBot open source?

I believe that food is a human right. So if I have a technology, or data, or some other resource that helps someone grow the food needed to sustain themselves and their family, I should share that with them. Simply put, it is the morally correct thing to do.

How are people contributing to the project so far? How do people share knowledge and ideas?

We collaborate on FarmBot's core software components on GitHub and talk about ideas and hardware prototypes on a forum we've set up. It's pretty fun to see people ask questions and other community members chime in even before I can.

Why did you choose the MIT license?

Some projects are copyleft, others are permissive. I chose the permissive MIT license because I believe it is the more open choice. A lot of people think that open source means you can't make money, or think that it is more difficult to do so than with a proprietary model. To be completely honest, that last part is probably true in a lot of cases. So if a copyleft license was chosen, then I think a lot of entrepreneurs would unfortunately stay away from the project. That is a loss to the entrepreneur and a loss of additional choice to the FarmBot community and consumer. At the end of the day I want more people involved and more consumer choice. That means going permissive.

How many FarmBots are in operation?

Right now, only about a dozen. But once we ship the first batch of preorders in February, we'll have over 300 devices in operation all around the globe.

Has FarmBot been forked? Do you think that will help the project?

As far as we know, not yet. Most people are simply building what we have provided and have not taken the platform in significantly new directions. But we do anticipate this to happen as the community grows and especially as the business/financial opportunity becomes clearer and more proven. Having the core project forked will be a boon for everyone from a technological and community standpoint.

My cofounders and I have been working on FarmBot for three years now without too many breaks. It's a lot of work to build something completely new from scratch!

How do you see FarmBot changing the food production paradigm?

My long-term vision is for FarmBot to become a home appliance. Just like how most people have washing machines at home that just require a few knob turns and button presses to clean clothes, I hope for FarmBot to become a commonplace appliance that grows healthy, sustainable food with little effort. This will change the overall shape of the food production paradigm from one that is centralized, harmful, and a black box to one that is decentralized, sustainable, and transparent.

What to read next
Tags
Agriculture
Hardware
Don Watkins