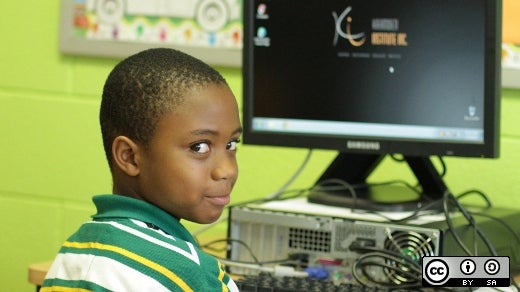 Chances are you know about the digital divide, but not about the Kramden Institute's work to help hardworking students in grades 3 - 12 who don't have a computer in their home cross it. You also might be shocked to learn that while information technology seems to be ubiquitous, a full 23% of U.S. households still don't have a computer.

For most of the students we serve, working with computers is an exercise in persistence: rationed minutes in a school computer lab, fighting for time in a crowded library, or working on obsolete machines in after-school programs. Owning a working computer that these students and their families can use in the comfort and safety of their homes is a luxury that most have never contemplated.

Since Kramden’s founding in 2003, we’ve helped make owning a home personal computer a reality for over 12,500 deserving students. Each computer is refurbished through the efforts of our dedicated corps of volunteers, who come weekly to work on machines donated by individuals and corporations. Once a student is nominated by a teacher, they are awarded a desktop computer, flat screen monitor, keyboard, mouse, and lifetime tech support for as long as the student is enrolled in school. And, of course, each computer includes a freshly-loaded operating system.

As a longtime member of Microsoft’s Registered Refurbisher program, Kramden has been installing various flavors of Windows for over nine years, beginning with Windows 2000 all the way to Windows 7. Despite a steady progression of Windows operating systems paired with faster, more powerful computers, we have long asked ourselves if the computers we are awarding to students are sufficient. Other than the Windows operating system, we typically install only a few programs, including:

Additionally, we estimate that one-third of our recipients either cannot afford broadband Internet access or live in areas devoid of service. Without Internet access, students can only tap into a small fraction of the potential these computers have to offer. So, the question to Kramden was: how can we make the end-user experience better for our students, knowing full well that one-third of them will never have Internet access?

In late 2012, Kramden was excited to learn about a new open source operating system developed in California called Ubermix, designed from the ground up for student use. Preloaded with over 60 educational, science, and learning applications, we believe Ubermix will be superior as an operating system to all of our recipients, including those lacking Internet access. After assessing Ubermix in neighboring schools, we discovered that a student can do far more to learn and create with an Ubermix computer than they could with a barebones Windows system.

Most importantly, Ubermix has proved unbelievably easy for a student to use. It looks like a blend of iOS and Android, with large, colorful icons, a smooth user interface, easy-to-understand menu options, and a software center with thousands of available applications to download.

Making the switch from Windows to Ubermix has not been without challenges. Perhaps the greatest obstacle to overcome was cultural. Most of our volunteers and staff have a predisposition towards Microsoft products, born from years of using them at work and through personal familiarity. Yet, when shown the intuitiveness of Ubermix, its flexibility as an open source platform, and the advantages it will have in the hands of our student recipients, even the most critical were quickly won over.

In a few short weeks, after our experimentation, troubleshooting and testing are complete, Kramden will begin loading our recipient computers (3,000 in 2013) with Ubermix and moving into the brave new world of open source computing.

Want to help? Kramden needs tax-deductible computer or financial donations. Did you know that you can ship us a used laptop for as little as $12 in a USPS Flat Rate box? Simply package the laptop along with your name and email and send it to: Kramden Institute, 4915 Prospectus Drive, Suite J, Durham, NC 27713. We’ll send you a donation receipt and a thank-you in return!

What to read next
Tags
Education
Linux
Kramden1 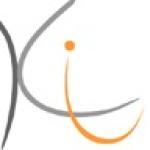 Michael Abensour is the Executive Director for Kramden Institute, a Durham, NC-based non-profit whose mission is to help students in grades 3-12 cross the Digital Divide. Through the work of countless volunteers and supporters, Kramden refurbishes and awards computers to deserving students who do not have a working computer in their homes.
More about me