How to navigate the new territory of an open source project 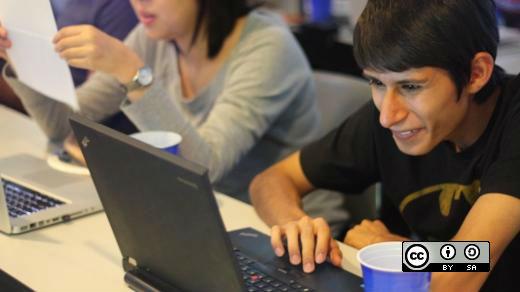 Open Source Comes to Campus is an event series run by OpenHatch that introduces college students to open source tools, projects, and culture. Whenever we get a new-to-us question at an event, we write it down and answer it more fully on our blog. Here’s a collection of "Infrequently Asked Questions" that are especially relevant for newcomers to open source projects.

Q: I’m worried that I’ll be a burden on a project because I’m so new. What kind of effort does a project have to make to build an open source community?

A: First of all, you should know that expert open source community builders like Linus Torvalds understand this tension between training new contributors and the time it takes from existing maintainers to mentor them. I’ll quote two paragraphs from a 2004 post Linus made on the Linux kernel list:

Should I just stop attemting to make these trivial cleanups/fixes/whatever patches? are they more noice than gain? am I being a pain to more skilled people on lkml or can you all live with my, sometimes quite ignorant, patches? I do try to learn from the feedback I get, and I like to think that my patches are gradually getting a bit better, but if I’m more of a bother than a help I might as well stop.

To me, the biggest thing with small patches is not necessarily the patch itself. I think that much more important than the patch is the fact that people get used to the notion that they can change the kernel—not just on an intellectual level (“I understand that the GPL means that I have theright to change my kernel”), but on a more practical level (“Hey, I did that small change”).

Another thing to keep in mind that is, for most projects, the project leader is the only contributor (source). Consider this: The act of bugging them with questions as a newcomer can make them more enthusiastic about the project as a whole!

If it were trivial to build an easily accessible open source community, virtually all projects would do it. There is some effort involved. Of course, a lot of the work that makes a project welcoming to newcomers—good documentation and setup guides, a well-maintained issue tracker, active development, standards of conduct in the community—makes the project better for everybody. But it does take time and energy, which many communities of projects aren’t willing to expend. That’s why OpenHatch exists! We know that some projects put more effort into welcoming contributors, and we want to help you find those projects.

The kinds of projects that welcome newcomers don’t see you as a burden. They see you as a huge help—even when you’re struggling to understand bugs in the issue tracker or get the development environment set up. When you ask a member of an open source project for help, that gives them important information about what part of their project is confusing or incorrect. The questions you ask and guidance you need lets them know how help others later on. And of course, once you’ve gotten familiar with the project, you’ll be able to help even more. The right kinds of project see that potential in you and want to work with you to get there.

Two rules of thumb for people who worry about being too much of a bother (which includes us, sometimes!): First, if people on the mailing list or the bug tracker haven’t told you to stop talking, then you’re probably okay, even if they haven’t replied to you yet. Second, if you want another opinion, just join the #openhatch IRC channel and ask us.

Q: How do open source projects review changes, and how do those changes differ from a process like that of Wikipedia?

A: One key cultural element of Wikipedia, at least so far in its history, is that anyone’s edits to English Wikipedia immediately become part of the live version of the encyclopedia. By contrast, to maintain quality, open source projects typically permit only a handful of people to directly merge changes into the main project. Therefore, submitted changes go through review.

Different communities have different standards and processes. Sometimes, there is no review at all, just automatic merging by the maintainer. In other cases, like Linux, submissions go to a mailing list for review. Others, like the OpenHatch web app, use web-based tools like GitHub pull requests. A great reference for a more complicated process is the OpenStack Gerrit Workflow documentation page.

Q: How do you make time to contribute to open source when you’re a busy student?

A: By simply using open source programs, you are uniquely positioned to help other users. Don’t forget that helping people use the software is a substantial contribution to the community! By becoming an expert in whichever programs you use, you will also gain the knowledge to help convert bugs filed by others into actionable reports for the main developers. And once you reach that point, you might find it easier to just fix the issue!

That said, it can be daunting to add another activity to schedules already stuffed full of classes, paid work, and student life. One way to approach open source is to see it not as an alternative to doing schoolwork but as part of your education. For computer science majors, open source projects are a great way to practice the concepts you’re being taught in class. In the others sciences, learning how to use and contribute to open source tools such as R or Octave (or ImageJ or PsychoPy or JMARS) can help you excel when doing laboratory work—and it looks great on your resume. Even in the arts and humanities, learning about open source tools such as Processing can help you succeed.

You can make open source a part of your social life as well. Join (or start) a Students For Free Culture chapter on your campus or invite friends over for a ‘bug-fixing party’.

Finally, remember that your contributions to open source can be as big or as small as you want them to be. If you only have time to spend a few hours a month writing documentation or fixing small bugs in a project, that’s great—the skills you’re learning and connections you’re making will serve you well if you ever decide to get more involved.

A: Open source projects often release the program in a few different ways. Typically, if you are trying to contribute, you will want the latest source code cloned or 'checked out' from the project’s version control system. If you are just trying to use the program, you typically want a user-oriented download.

Many programs’ source code can’t be executed directly on a computer—it must be 'compiled', which turns it from human-readable text into machine-executable binary. The most common languages where this is true are Java, C, and C++. Therefore, the most useful download for a person who wants to run a project like OpenOffice, which is mostly written in C++, would be a compiled version specific to their operating system (for example, a Windows-specific build). By contrast, if you want to contribute to the program, you should act similarly to how the main developer acts—that is, by using a version control system on the editable program text, the source code.

Another important concept is the stable release. During development, people make contributions that break the program, conflict with other changes, or are simply unfinished. At any given point the most recent version might be completely unusable. So, maintainers periodically work towards releases (noun), which are tested to make sure they’re usable. If they are, maintainers release (verb) it.

Q: Are all open source projects welcoming to newcomers? How can you tell when the communities around a project are filled with jerks?

There’s nothing wrong with that, but it’s a shame when newcomers try to get involved with a project that isn’t interested in involving them. It’s a frustrating experience for everyone and unnecessary when there are plenty of people who’d be excited to work with them.

So how can you find a good project for you, a newcomer, to contribute to? Here are some good signs to look for: 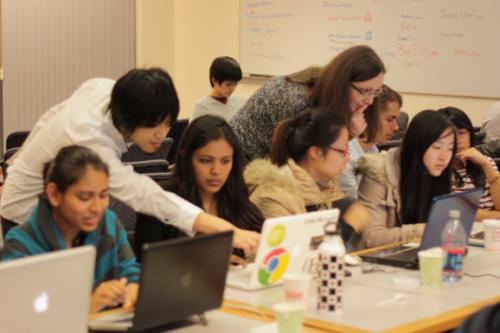 Of course, there’s a difference between not having the time and energy to help newcomers and being actively mean or even abusive about it. If you experience the latter and our comfortable telling us about it, we’ll do our best to support you. OpenHatch people are always willing to provide advice on projects to join, either to help you find a great experience or to make the most of a bad experience. Find us on on IRC (#openhatch on irc.freenode.net) or email us at hello@openhatch.org. You can also join groups such as Systers or the Empowermentors Collective, which may help you navigate the free software community.

This article has been a collection of information gathered during Open Source Comes to Campus events:

Read more posts about this event series on our blog.

For blog posts about getting involved with OpenHatch, read about the experiences of two of our contributors: Britta and Mandar.

Did your first pull request get accepted?

I don't code to any serious extent but this article did provide some valuable information on just how projects/communities "work". Thanks

I submitted one patch to the LKML myself, simply renaming the exit variable in an assembler routine to match the input variable. It was where the assembler changed versions and what was a "warning" became a "error".

The LKML folks were very considerate. They quickly pointed me to the instructions for correct procedures and format for the submission. I have no idea if it was used, but the error was corrected (I'm sure it happened to other people as well as me).

It is remarkable, to me, that one of the biggest open-source projects is in practice so welcoming to new people with little changes to suggest. This is a very good thing for everyone, newbie and greybeard alike.

I hope that F/OSS projects in general find that acceptance and tolerance as beneficial as the kernel has. Everyone gains.