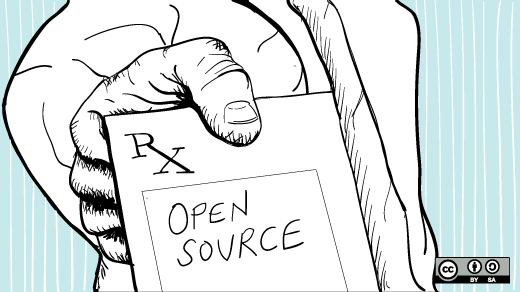 In late November 2012, the Open Source Malaria (OSM) team gained a new member who lived and worked almost 1700 kilometers away from the synthetic chemistry hub at the University of Sydney. Of course, collaboration across continents is not unusual for scientists, but until recently, recruitment in less than 140 characters certainly was.

Patrick Thompson—who’d just submitted his PhD thesis at the University of Edinburgh—responded to a Twitter request for synthetic help on an important new target for the team. True to his promise, Patrick later delivered several compounds for biological testing in Dundee, Scotland. Although it turned out that the molecules Patrick made weren’t so good at killing the malaria parasite, these "negative" results provided invaluable data for the team.

Patrick’s contribution would not have been possible in a regular drug discovery program. Veiled in secrecy and often complicated by patents and intellectual property issues, chemists aren’t always the best at sharing their results, at least not until they are published in peer reviewed journals—and sometimes after significant cherry picking. This means that lots of data, especially "negative" data often only resides in piles of dusty paper lab notebooks, hidden from all but the immediate scientific community.

Avoiding the loss of vast quantities of data is just one of the reasons behind the formation of the OSM team. The open source drug discovery project commenced in 2011, when Matthew Todd’s lab received funding from the Medicines for Malaria Venture (MMV) and then from the Australian Research Council in the form of a linkage grant. GlaxoSmithKline (GSK), a leading pharmaceutical company, had just published a revolutionary paper containing potential antimalarial medicines and placed the information into the public domain. This open GSK data was the initial impetus behind the OSM project and led to the team synthesizing and evaluating three different series of compounds.

The laws of open science

The OSM project operates along very similar lines to traditional medicinal chemistry projects in that the team is looking for an antimalarial drug candidate suitable for Phase 1 clinical trials. However, the day to day running of the project works quite differently and is probably most clearly defined by the team’s commitment to The Six Laws of Open Science:

The team uses online electronic lab notebooks (ELN) to record all experimental procedures and data. This means that anyone with access to the Internet can search for information from the project. All data, results and conclusions are posted in real time—even when things don’t quite turn out as planned! As the team processes and uploads raw data to the ELN, other scientists are free to compare their own data or to draw different conclusions to the OSM team and provide feedback in the comments section below each ELN entry. This means that people can actually use the data generated by the OSM team, for whatever purpose they wish. The transparent nature of the project also means that there should be less room for error and that results could be easily reproduced in other laboratories.

The team is ardently opposed to patents, meaning they may need to navigate murky waters if and when they discover an excellent drug candidate. For decades, patents have been an essential part of the process required for bringing new medicines to the market, but the OSM team hopes to change this model.

"There's a growing number of people questioning whether we need patents for the development of some drugs. Penicillin and the polio vaccine didn't need them. Maybe new medicines for malaria don't either," said Matthew Todd.

Malaria is a catastrophic disease that mainly affects the world’s poorest people and so it is the ideal starting point for an open source drug discovery effort. New medicines for malaria have to be affordable and ideally administered in a single dose. Attempting to profit from those in dire need of life saving medicine would be morally reprehensible, and therefore the team believes it’s time to throw patents out the window and encourage scientists to work together and openly in order to cure malaria as expediently as possible.

Coordinating in the open

The team uses G+, Twitter, and Facebook as social media platforms for the discussion of results, promotion of the science and also (as in the case of Patrick and some other key members of the team) for recruitment of new members. GitHub has proven to be a valuable tool for project organization and discussion. The team avoids email as much as possible in order to facilitate open discussion and garner input from a variety of experts.

Both members of the core team and volunteers regularly update and maintain the project wiki for use by OSM, the wider scientific community, and, of course, interested members of the public. This is just one area of the project where non-specialists are able to contribute and free up the chemists so that they can spend more time at the bench making compounds.

Another great success story for open science and OSM is the collaboration established with a group of 40 Lawrence University undergraduate students. The team at Sydney developed a robust method for the synthesis of a particular family of compounds, which was followed by Stefan Debbert’s lab class using different combinations of related starting materials. The class made lots of new molecules, learned how to prove the structure and purity of their offerings and had fun along the way. They evaluated the molecules for their activity against the malaria parasite and posted all experimental data to the project’s ELN.

There are marked differences between open source science and the original open source movement, but scientists certainly have a great deal to learn from the software community. Open science removes the traditional hierarchy of research and encourages scientists of all levels—student or professor—to engage and contribute. Synthetic chemists need more than just a computer and access to the Web, and of course not just anyone has access to a lab and the skills required to make molecules. However, the OSM team is trying to lower the barrier to participation, while still conducting science of the highest standard. Until open science is just called "science," accelerating the discovery of a cure for malaria and encouraging others to work more openly are the true measures of success for an initiative such as OSM.

For more information on the project, joining the team, or other open matters tweet @O_S_M, find the team on GitHub, or, if all else fails, email opensourcemalaria@gmail.com. Communicating in the open is always preferred!

What to read next
Tags
Health
Science
Alice Williamson 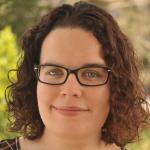 Alice Williamson | Alice is a postdoctoral research associate and postgraduate teaching fellow working with Matthew Todd as part of the Open Source Malaria team at the University of Sydney. The Open Source Malaria project is trying a different approach to curing malaria. Guided by open source principles, everything is open and anyone can contribute.
More about me