The state of accessibility in Linux and open source software

Spencer Hunley is an autistic professional, former Vice Chair of the Kansas City Mayor's Committee for People with Disabilities, and current board member of the Autism Society of the Heartland & ASAN's Kansas City chapter. In August, Spencer will be giving a talk, Universal Tux: Accessibility For Our Future Selves, at LinuxCon in Chicago. He also gave a talk, Maximizing Accessibility: Engaging People with Disabilities In The Linux Community, at LinuxCon North America 2013.

In this interview, Spencer provides an update on the state of accessibility in Linux and open source software.

What have you been doing in the area of accessibility since I saw you speak at LinuxCon last summer?

Shortly after LinuxCon last year, Carla Schroder started a Google+ community called Universal Tux, and I've been very active as a moderator with three others and Carla. We've created and updated a list of priorities when it comes to accessibility, which includes a few things that are relatively simple to fix, as well as a few loftier goals. 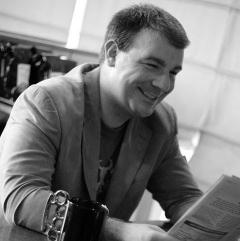 We're starting to focus on documentation, as a lot of distributions may have built-in accessibility, but the information on how to utilize it can quickly become out of date due to application and kernel updates. This also applies to accessibility applications and programs, for roughly the same reasons. Documentation is an area that fortunately many people can get involved with, even if they are unfamiliar with programming or code. I think Universal Tux is gaining some traction, and we're getting noticed. Daniel Fore, with Elementary OS is actively participating in discussions, and a few others from other distros are joining in as well.

On my own, I've been between jobs for a bit. Thankfully, that seems to be stabilizing. I've been trying out some different distributions: Jonathan Nadeau's SONAR distro, and Vinux. Staying current with accessibility is not easy, but it's a wonderful feeling when you watch things move so quickly in the right direction.

I also recently joined the local Kansas City chapter of the Autistic Self-Advocacy Network, and am a current board member of the Autism Society of the Heartland.

Which open source accessibility projects and people are "the ones to watch" right now, and why?

Dasher, an application that allows text input through a variety of means using an interface that assists the user via text prediction—they call it a probabilistic predictive model. It's available for both Linux and Windows, and is simple to use, almost like playing a video game at times. It's a great program that is expanding the variety of input devices, for example, using breath or a tilting platform to manipulate the interface, and can sometimes exceed traditional keyboard typing speeds with practice. Look for Dasher to keep innovating, especially as a cross-platform application.

Orca screen reader/magnifier is still a perennial favorite with a lot of nice features. It hasn't aged very well due to various development cycles among other applications, but the development team, led by project lead Joanmarie Diggs, is working hard at fixing the bugs and improving Orca's versatility. One of the more prominent points of contention is that Orca can't make an inaccessible piece of software accessible; sometimes this is a simple case of implementation of accessibility support or merely updating a few lines of code. This project has been around for a long time, however, and is a staple for those with visual impairments.

Also Andy Lin's work and promotion of Google Glass as assistive technology. Making Google Glass accessible and using it as assistive technology is a magnificent idea, with significant implications for people with disabilities. For those with hearing impairments, it can provide real-time text translation of what someone is saying. For those with visual impairments, it can transcribe the environment around someone, as well as what is in front of them. Using voice control, people with mobility impairments can use it to operate a smartphone, computer, etc. And it can supplement other assistive technology devices by providing feedback, all at a cost that is surprisingly cheaper than many assistive technology devices sold on the market today. Also, because Google Glass is relatively mainstream and used by people regardless of their ability, it is detached from any stigma many AT devices are saddled with, promoting inclusion for people with disabilities in society.

Enable Viacam (eViacam), similar to GNOME's MouseTrap applications, allows the use of a mouse by just moving your head. Working with a computer and webcam, it's a FOSS alternative to much more expensive options for those with mobility impairments. Eviacam, combined with Dasher, provides an attractive alternative to proprietary AT software.

James McClain, Palaver and VoxForge: Speech recognition has been a top demand for those with physical, mental , and developmental disabilities, but always seems to fall short of expectations. Last year, James McClain released a public beta of a novel idea: using Google Voice APIs on the backend. With some excellent features and continuing developement, Palaver and VoxForge could bring quality speech recognition to the Linux desktop. In this same vein is LiSpeak, a voice command system for Linux distros that's built on the base of Palaver.

Which accessibility features or services are still missing in open source operating systems?

For mainstream distros and users with disabiities, Speech-to-Text and Text-to-Speech interfaces come to mind. For many, Dragon Naturally Speaking is the one remaining obstacle in their path to Linux. Specifically, a core framework that can handle spoken commands and dictation, and also work with Braille displays would be greatly welcomed.

Documentation, even though not a disability-specific issue, is very important. After all, many people with disabilities have no idea about Linux or FOSS software/operating systems, and up-to-date information is vital to being able to utilize any built in accessibility. The Accessibility-HOWTO is in desperate need for a complete replacement of its current state. The bright side is that this is relatively easy to fix, and wouldn't require severe modifications of code.

Built-in, easy to use and understand accessibility support is hard to find in many distributions. Can you tell me the key combination to activate that support in Ubuntu? How about any other distro? The fact is that although it's there, it may not be easy to locate and/or use. When addressing this, focusing on independence is vital. No one wants to have to call upon someone else to help them install a new OS, or to utilize an application. This is especially true for people with disabilities; the learning curve can be nearly impossible, which leaves little in the way of choice in the FOSS world, depending on your abilities.

Finding accessibility projects is easy, but finding ones that are consistently developed is difficult. That isn't really anyone's fault; frankly, other projects become more popular, more important, and used more consistently by a large user base; however, as more accessibility projects start to intersect with mainstream dreams of future technology (voice control, speech, recognition, home automation, etc.), I am optimistic that they will receive more attention, and hopefully, more development.

To get in touch with Spencer Hunley, you can:

What to read next
Tags
Accessibility
Rikki Endsley

An open source project that opens the internet for all