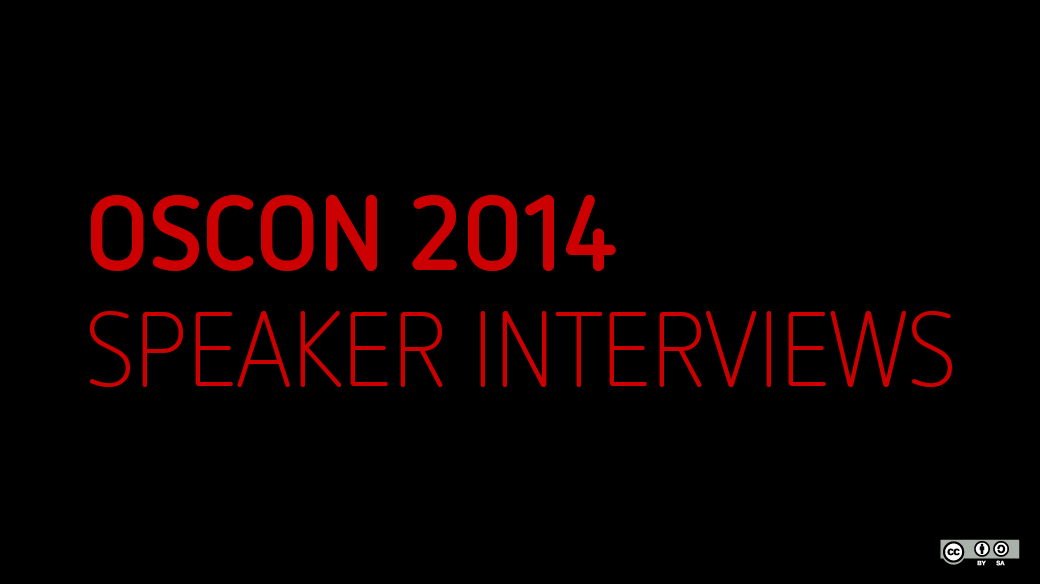 Founded in 2008, JFrog provides open source solutions for package repositories and software distribution aimed at a new breed of developers. With a focus on open source and the burgeoning cloud scene, JFrog has garnered their fair share of awards and press from industry heavyweights and communities alike.

Yoav Landman, co-founder and CTO of JFrog, took some time prior to his trip to OSCON in Portland this year to chat with me about communities, open source, and some lessons learned on JFrog's journey so far.

Be sure to catch up with Yoav Landman and Baruch Sadogursky at their booth and "office hour" session this year; each focused on building, deploying, and distributing software.

First things first, I love that you are not shy about your open source heritage. The JFrog website homepage displays the Artifactory Open Source information. Can you fill us in on how JFrog leverages the greater community to build your solutions?

JFrog constantly interacts with many open source communities. This helps us make our products better by receiving constant feedback faster than we could ever have wished. Bugs, feature requests and random rants or praises via Jira, Twitter or Google+ usually land very quickly on open ears and are discussed and resolved publicly, which leads to a faster resolution.

Another thing we do is provide free service to open source communities, like Spring (Pivotal), Scala, Vagrant, Ruby, Groovy, Vertx and Jenkins. We are hosting their build artifacts on Artifactory Online and/or are responsible for the distribution of their OSS packages to end users via Bintray.com. This is the best way to stress-test our products, discover performance issues and other bugs and demonstrate to our paying customers how our solutions scale. The load and challenge created by servicing very popular open source projects is often vastly greater than that of commercial business.

Speaking of, if you had to describe the Artifactory community using only three adjectives and a color, how would you describe it?

Color: Green of course! What, else?

Open source communities are the main drivers of innovation nowadays. It is the added value that commercial companies put on top of the open source that make them successful. The pre-condition, nonetheless, is having a core successful open source project or platform that has gained a large-scale community. You can find many examples of that today, where rapid community adoption has been the springboard for a successful company.

Also, the way I see this, open source today is not limited to open source software, but also to forming open source communities and providing platforms that serve and assist the growth of such communities. Examples are platforms such as GitHub and Bintray.

What has open source provided JFrog that gives you a leg up on your competition?

Quality, instant feedback on usability and bugs; being able to become better by answering the production needs of large scale communities that others don't get to serve; having many friends all over the world that love JFrog for its products (as well as people) and give us the greatest unbiased, candid PR.

Can you give us some insight on what OSCON goers can expect from JFrog at the event? What do you hope users of your software can gain from visiting you guys in person?

On Tuesday we are going to have 2 great talks, openly sharing our experience, challenges, and sometime frustration in building software that scales. We will be demoing Bintray and Artifactory showing some new exciting features, such as Bintray for Business and Artifactory's new support for NPM and Debian packages. You are also welcome to join us in an Open Hours discussion about continuous integration and delivery on Wednesday. And, as usual, we'll be giving away our highly sought-after SuperFrog tee's in the booth.

Given the nascent nature of cloud and JFrog's position in cloud architecture, what are some of the dangers you see as closed source companies start to enter the fray? How can we guarantee fair access to technology and information as we move software away from end-users' environments and control?

I believe the cloud will have an opposite effect on how things are done, causing things to be more open. With competition between cloud providers comes the need to have a reasonable data-out option. That means less vendor lock-in and more design by means of service abstraction.

Another rising need is having to have backup plans in the form of multi-cloud deployments and integration with private clouds.

These requirements have already led to open standards in service abstraction, and virtualization from development to production, with frameworks like Vagrant, Docker, etc. So at the end of the day, things are going to become more open, and companies that will try to enforce closed source stacks will not manage to stay in the game. Even giants like Microsoft have realized that and are embracing open source, either by open sourcing their tools or by promoting standards like Chocolatey and NuGet that push for open source consumption and running open source stacks on Azure.

What to read next
Tags
OSCON
Travis Kepley