Beer and open source with Untappd 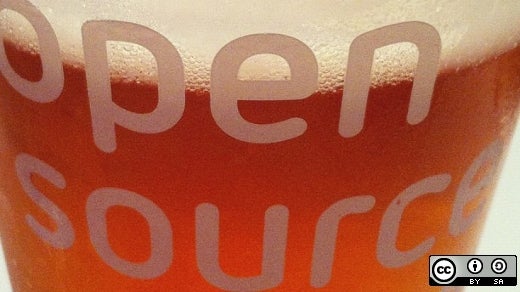 Greg Avola loves beer and coding. He loves beer so much that he made an app, Untappd, where users track their favorite brews. He loves coding so much that he wrote a book about mobile web development. According to him, if it weren't for open source software, his app—and the projects of many other developers—simply wouldn't exist.

Read more in my interview with Greg about his open source journey, his favorite beer, and why check-in apps are still relevant.

How do you use open source in daily practice?

We use a lot of open source software within Untappd daily, from MongoDB to jQuery. It's what powers software evolution, and without it, we would have a hard time developing solutions effectively and efficiently. With every library that we develop for use on Untappd, we try to open source it, including our PHP Library For Amazon CloudSearch, UntappdPHP, and MemcacheJS. We hope that other developers can use these libraries to save some time and help them focus on building great projects. Any library we use, we try to think about how to build it with "openness" in mind, for re-usability by all.

Are there any specific open source repositories or libraries out there that you couldn't live without?

Like many websites, we live and breathe off of jQuery, but recently have really loved the templating flexibility of HandlebarsJS. We use this in our apps and web to deliver awesome templating with logic based on our business requirements. We also love PhoneGap, as it powered our mobile apps. Without them, we wouldn't be an app! 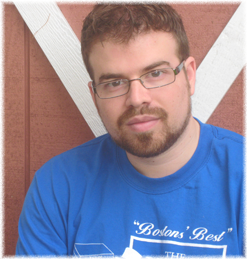 
You wrote a book about mobile web development. What would things be like for a web dev in an alternate universe without open source tools?

I don't think there would be many mobile web developers out there, because without the free sharing of information, the growth of people's expertise would cease. It would also be very hard for new developers to get the tools they need because the cost would be too high. A developer can start working on a project and have all the great web development tools without paying a penny, and with the knowledge sharing available, can learn a lot. Most of everything I have learned about scaling, developing, and running Untappd, I've learned from using open source products and through the web.

Talk a little bit about Untappd and its purpose. Any fun stories about how it's used that surprised you?

Untappd is a social-beer application, that uses gamification to help people discover new beers and places around them. Users can check-in to a beer, rate them, and share them with friends. As you use the app, it can recommend new beers around your local area based on your taste profile. We are only a two man team, working part-time and completely self-funded, so the use of open source tools helps us incredibly. Untappd started off as a small passion product between myself and my co-founder, Tim Mather, and has grown to over 1.3 million users with over 85 million check-ins over the last 3 years. One of my biggest thrills is when I get to meet users of Untappd when out at the bar; it's great to interact with them and get feedback to improve the app. It's those interactions that keep me going, to try and build the best product we can.

"...without the free sharing of information, the growth of people's expertise would cease."

Aside from using the app, how can folks engage with Untappd or get involved with its success?

One of our goals is to build the most accurate and largest beer database, so users can help us by requesting merges for duplicates that they see, making suggested edits for incorrect data, and adding new beers and breweries to the service. Also, use the API to build cool projects! We have a slew of open source libraries that users have made for interact with the API available on GitHub.

Who is your open source hero?

It's hard to say, but I really like what the folks at Adobe (formerly Nitobi) have done with PhoneGap. Their dedication to open source by keeping PhoneGap a free product after the acquisition has helped power Untappd as an app on iOS, Android, Windows Phone, and BlackBerry 10.

What's your favorite beer of the moment? Any brews that you're totally over?

Never had a brew that I don't really like, unless it's in a style I don't like, but I have to say Pliny the Elder from Russian River is one of my favorites. It's an absolutely amazing Double IPA that is always smooth. Most IPAs can be bitter. 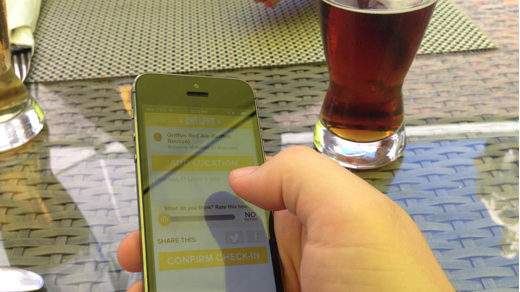 What's on the horizon for Untappd?

We want to continue to bridge the gap between getting the perfect beer in your hand. We're working on the recommendation system and helping people find that perfect beer in their local area. We'll be focusing a lot this year on our apps, updating them, and adding very cool features that will help everyone with the goal of finding the perfect beer.

I think check-in apps are still relevant depending on your subject. I think Foursquare wanted to focus on local discovery and felt they could do it better with a separate app for checking in. With Untappd, we have an item that most people want to "log" anyways, so I think if check-in apps stay congruent with a dedicated item that people like to track, it can still be prosperous.