In this week's edition of our open source news roundup, we take a look at 3D printing for NASA, the Banana Pi, adventures with the R language, and more!

A prosthetic arm for a boy, created with the help of 3D printing and an open source design, has the Spiderman theme in red and blue. Thanks to the E-Nable team, Charlie Egan gets a superhero arm. Read the full article on 3DPrint.com, and get Opensource.com's articles on the subject in this interview with team member Jen Owen and article from prosthetic-user Peregrine Hawthorn.

Banana Pi, a new Linux board

Open Electronics writes an in-depth article on the Banana Pi. Produced by Lemaker, it is a Linux board that is similar to the Raspberry Pi but has increased functionalities and is capable of running Linux and Android. The Banana Pi comes with a SoC Allwinner A20 processor "dedicated to applications much more demanding in terms of resources than those achievable with Raspberry Pi." Read the full article to get more about available Linux distros for the board and examples. 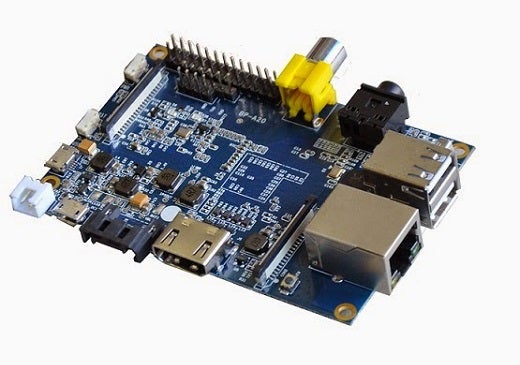 R is a language and environment for statistical computing and graphics. Over at Nature, the international weekly journal of science, Sylvia Tippmann writes about geneticist Helene Royo who moved from commercial software to the open source package R. "As a scientist, I wanted to understand everything I was doing," says Royo. She also realized, during her research, that the commercial tool could not keep up with her data-processing demands. "She took the plunge and began learning how to parse data in the free, open-source software package R." As the article states, R is the data-analysis tool of choice for many academics.

Just the other week, NASA sent a design file into orbit, to the international space station. This design file contained the design for a 3D printable ratchet wrench. You can now print that same wrench yourself! NASA made it available on their site. "If you can transmit a file to the station as quickly as you can send an email, it opens up endless possibilities..." A great example of the good 3D printing and open source can do!

How do you get students interested in and engaged with Linux? Well, Razvan Rughinis created World of USO, an "open source, interactive online game that teaches the basics of the operating system at the same time it encourages participation and competition." Razvan teaches the introductory operating systems course at University Politehnica of Bucharest in Romania, and he wrote this game 10 years ago. Every term, 60 to 70 of his 300 students participate. "They learn that they can interact with Linux and they can do things that they can't do with other operating systems," Rughinis said. Read the full story on Linux.com.

What to read next
Tags
3D printing
Linux
News
Robin Muilwijk
Former Opensource.com and Open Organization moderator/ambassador.
More about me