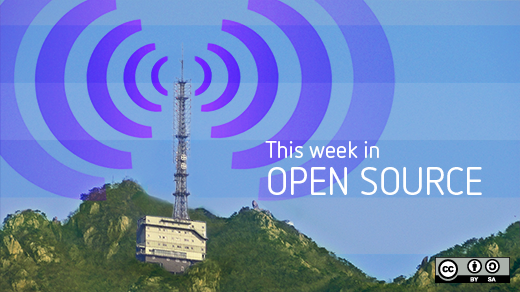 In this week's edition of our open source news roundup, we take a look at Apple releasing Swift 2.0 as open source, Raspberry Pi Zero vs. C.H.I.P., and more!

As promised earlier this year, Apple has released Swift 2.0 as an open source project under an Apache 2.0 License. The components included in this open source release are the core and standard libraries as well as the compiler, debugger, and other supporting projects that make up the Swift ecosystem. The code can be found in Apple's GitHub repositories and other supporting materials can be found on the new Swift.org website. In addition to hosting information about the current release of Swift, the Swift.org website also includes a roadmap for Swift 3.0 so developers can understand what is coming in the next release of the language.

Back in 2012, Mozilla decided to focus on stability and maintenance for the further development of their Thunderbird email client. Development of new features was passed on to community volunteer developers. Now, Mitchell Baker, Mozilla foundation chairperson, published an open memo calling for even more change by advocating for the separation of Thunderbird from Mozilla development resources and technologies. According to Baker:

Firefox and Thunderbird have lived with competing demands for some time now. Today Thunderbird developers spend much of their time responding to changes made in core Mozilla systems and technologies. At the same time, build, Firefox, and platform engineers continue to pay a tax to support Thunderbird.

Ingrid Lunden explores this development further in her article for TechCrunch and provides the full text of Baker's memo as part of her write-up.

The newly released Raspberry Pi Zero and Next Thing Co.'s C.H.I.P. both cost under $10 and have their own benefits and drawbacks. Make Magazine published a head-to-head comparison of the two low cost computing devices.

The article explores the specifications of the two devices and compares the devices' designs, total cost of ownership (by factoring in the costs of accessories needed to have a functional system), and the community support that has grown up around each project. Even if you are not considering purchasing one of these sub-$10 computers, the article provides interesting insights into recent developments in low-cost computing.

What to read next
Tags
News
Joshua Allen Holm