6 reasons people with disabilities should use Linux

Often, when issues of accessibility and assistive technology are brought up among people with disabilities, the topics center around the usual issues: How can I afford this device? Is it available for me? Will it meet my needs? How will I receive support?

Open source solutions, including any Linux-based operating system, are rarely, if ever, considered. The problem isn't with the solution; instead, it is a result of lack of information and awareness of FOSS and GNU/Linux in the disability community, and even among people in general. Here are six solid reasons people with disabilities should consider using Linux:

Assistive technology has come a long way from its not-so-distant past; however, proprietary devices are limited in their ability to conform and adapt to their users. Few mainstream solutions are available, and even fewer are unlocked, able to be modified at the lower levels. Being able to take existing technology and adapt it to suit one's needs—rather than forcing a person to adapt to the device and/or software—is a strength of open source software and Linux, and is extremely important for those who rely on a device to accomplish what others take for granted every day.

A few years ago, for example, I worked on a grant project in my hometown. Part of the project was to loan netbooks to students with disabilities who showed significant leadership potential. One of the students really enjoyed using the netbook's webcam to take pictures; however, the operating system loaded on the device used text, not images, to differentiate between files and folders. Without being able to read the path to the folder where the webcam saved images, they were not able to find them.

After some discussion, I switched out the operating system for Ubuntu Netbook Remix, which had an easy-to-use GUI and, more importantly, an icon set that used symbols to identify what was contained in the folders: a filmstrip for videos, a music note for sound files, a letter for documents, and a square photo (like a Polaroid) for images. That's all it took—a simple change in icons and the barrier that prevented full use was eliminated.

Whether you rely on a text-to-speech program to communicate with others, a device that assists those who are blind in navigation, a speech-to-text application that assists in typing and input, or something else essential to your daily life, the thing you rely on can't be fragile nor easily broken. A stable platform that can survive extended durations of uptime without freezing, locking up, or crashing is a must. The same kernel that's used to power the world's servers is an obvious choice to keep someone's accessible device running when it's needed most.

Compatibility with obsolete or old hardware

Proprietary assistive technology devices—especially when addressing more severe disabilities—often run on older, dated hardware. Even if one is able to obtain a current version of the software they need, that doesn't always mean the hardware they own will be able to run it. Through Linux, however, an aging device can be rejuvenated, and the person with a disability won't have to constantly upgrade their hardware. This reduces cost, both in time to learn and adapt to new hardware and in monetary expense.

For future assistive technology devices to be fully accessible, the software and the device in use must be changeable and adapt to the individual, instead of forcing a change in the individual's ability to adapt to an able world. By having access to the code, people with disabilities are able to inspect and ensure that the software they are using is under their control and working for them. This access also reduces problems with privacy and security, which is doubly important when the device one relies upon handles nearly all of your sensitive data. Without ownership and full control, any benefit an assistive technology device provides is constrained and leveraged against the company that produced it, unfulfilling the assumed purpose of its programming. All of us want the hardware and software we paid for to work for us based on our demands and needs, and people with disabilities are no different.

Assistance from a large, international community

Many of us know the pain of trying to obtain assistance for a proprietary device or program, waiting on the phone and getting only limited help. This becomes even worse when trying to solve an issue with an assistive technology device; support is limited, there are often few or no brick-and-mortar retailers that will replace your device, and due to its unique, locked-in configuration, there are few local individuals who can troubleshoot and solve such problems. When you use Linux, the entire Internet is your resource. Forums, IRC/chat rooms, online videos and tutorials, and more options are all available to guide anyone—from the most novice of beginners to experience veterans of the sysadmin world—through nearly any difficulty. One notable advantage here is that when someone posts a question or describes a recent headache on the web, countless other people learn about it, and some of them may be asking the same question.

The fact is, Linux is fun. The thrill of shaping, molding, and customizing a system to individual needs is profound. Showing others what you've put together is just part of it; showing how you did it and how they can too is an integral part of the open-source community. Who wouldn't want to be included in that?

What to read next
Tags
Accessibility
Linux
Spencer Hunley 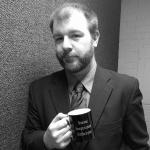 Spencer Hunley is an autistic professional, open-source assistive technology enthusiast, and advocate for people with disabilities.
More about me