Want to learn and do technical programming the fun way? Penguicon is more than your typical tech conference.

For the past 13 years, Penguicon has been a community event; all 500+ hours of programming is done in the community, by the community. And it's not just for those who are heavily involved in tech, Penguicon is a mashup of a variety of nerd cultures: science fiction, literary, cosplay, food, whiskey, beer, anime, films, nerdcore/chiptunes, filk... the list goes on.

If you're a nerd of any variety, chances are Penguicon has some programming for you—and if we don't, we encourage you to share your interests with us to we can learn and grow!

Register for Penguicon 2015 from April 24-26 in Southfield, Michigan, USA

The Penguicon 2015 theme is human augmentation. The lines between science fiction and reality are growing thinner because of bright minds and innovators who focus on improving people’s lives. For instance, prosthetics that once cost thousands of dollars can be now printed with open source designs for less than a lunch for four at a decent restaurant. We’re even controlling them with impulses from our brains!

People are either wearing devices that make them more powerful, efficient, or aware—or implanting tech directly into their bodies. As we become more like machines, we’ll explore some of those emerging technologies and talk to people who are actively developing them, like e-NABLE.

Ivan Owen, of e-NABLE, is a cosplayer (and general mad scientist!) who used 3D printed designs in his costumes. One day, someone videoed him at a convention with his 3D printed prosthetic. It went viral, and after the video was seen around the world, he was asked to create a replacement prosthetic. From there, the e-NABLE project and community was born. e-NABLE has become a clearinghouse for volunteers who print prosthetics for people who need them. Instead of paying several thousand dollars for a prosthetic limb, the design for one is available (open source), allowing it to be significantly improved on and modified for individual use.

So, we're proud to say that the Penguicon charity this year is e-NABLE. They embody everything our convention loves, and 100% of every dollar donated will be used for keeping their organization running. Members in our community (and a few companies, a team of high school robotics club Frog Force 503, and maybe even a research hospital or two) are printing hands this very minute for donation at the event. Because there were no children in the Detroit area on the waiting list, these donations (open prosthetics) will be shipped to children in other parts of the world who have lost a hand. (Some due to landmines in Vietnam and poor factory conditions in Mexico.)

With tech getting more powerful, cheaper, and smaller, kit projects like Beaglebone and Raspberry Pi are becoming viable ways to power indie and open source hardware. Albert Manero, a Penguicon 2015 guest of honor, led a team that added myo-electrics to e-NABLE's open source designs, for $350 USD. This technology adds motion to the prosthetic, and allows the a child to hug other people through detecting the impulses in their arms. Plus, Robert Downey Jr. was part of the project (see the video).

Programming at Penguicon is designed so that the community can educate each other on a diverse range of subjects. What everyone has in common is the desire to teach and learn as a community. A few things we do to be open:

Penguicon is all about each person contributing to improve the lives of others. Join us this year!

What to read next
Tags
3D printing
Nuri Gocay 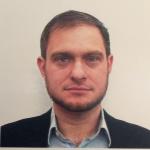 Nuri installed his first Linux install (Slackware) in the late 90s on his 75 Mhz Packard Bell (tying up his house phone line for hours at a time), and has since had a love for open source.
More about me