I got started with Linux in the late '90s.

I worked in the Bell Labs Denver datacenter and had done lots of different kinds of work with UNIX since 1978, such as switching systems, tools, and datacenter work, and we always had the source code for every kind of UNIX we had installed.

In 1997, I was part of a team that was looking at new technologies that we might want to incorporate into our datacenter. One of the technologies I chose to look at was Linux. So, I loaded up Red Hat 3.0.3 (IIRC) and started learning. The more I studied it, the more I realized that Linux could replace many of the custom operating systems (OS) that we used in our products, in addition to its usefulness in the datacenter.

I decided I should give a technical talk on Linux to the company in our big auditorium, about how it would work well both as a general purpose OS and as OS for embedded products. So, I gave the talk, and it seemed to go well enough despite some technical glitches with my Linux laptop and the projector. My standard of success for this talk would be that 6 months or a year from then someone would say, "We have this new product and we were thinking about putting it on what-was-the-name-of-that-OS-again?".

For Bell Labs development teams, that was an appropriate level of expectation—things didn't move too fast back then.

A couple of days later I ran into someone who'd been at my talk; he stopped me to tell me that they had decided to move our flagship product (the Definity PBX) to Linux. In my mind, this was an impossibility! I must have misunderstood, so I said, "I'm glad you decided to consider it, it's definitely worth considering." He replied, "No, no, we're moving to it!"

Unbeknownst to me the project was in the middle of looking at their next generation platform, and they had a meeting scheduled to make a decision the day after my talk. To say I was floored would be an understatement. You could have pushed me over with a feather. The transition for their team turned out to be incredibly successful, and it led to our division in Lucent (now Avaya) moving basically all their products to Linux.

Meanwhile, my second level manager (Ken Switzer) had asked me what Linux had in the way of high availability (HA) software. I didn't want to admit I didn't know what that was, so I told him that I'd look into it. I found that there was a mailing list, and an odd sort of how-to on HA techniques written by Harald Milz, but no software. So, I proposed to Ken that I should write some software to be a sort of seed crystal to jump start the project, if he would help me with the legal aspects of allowing it to be released as open source. He agreed, and the next time I went to visit my in-laws, I took my Linux laptop with me and wrote the first version of the "Heartbeat" code that would eventually become Linux-HA, and today is called Pacemaker.

Pacemaker is available on every distro and is used by hundreds of thousands of servers all over the world.

As a result of the early success of this project, SuSE asked me to come work for them, and when the tech bubble burst, I moved to IBM who had started a big Linux push at that time. In 2007, I was no longer able to lead the Linux-HA project, so I stepped down. Then, in 2010, from my experience in datacenters and with Linux-HA, I created an exciting new open source project called the Assimilation Project. It provides a highly-scalable system management suite designed to keep you from being bitten by all those things you don't know. In 2013, this became my full time job when I founded Assimilation Systems Limited.

Founding a Linux open source development project has done amazing things for my career. It's also been fun beyond description, and I've been privileged to do some really cool things that have helped Linux better serve the world. As I move further into the Assimilation Project, building on what Linux has meant to me and those people I've served, it's given me more freedom and an even greater opportunity to serve people in the Linux community and in the world. 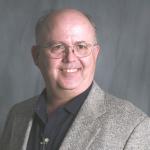 Alan is a long-time IT professional, having managed computer systems for over a decade, and written innovative system management software for more than 35 years.
More about me