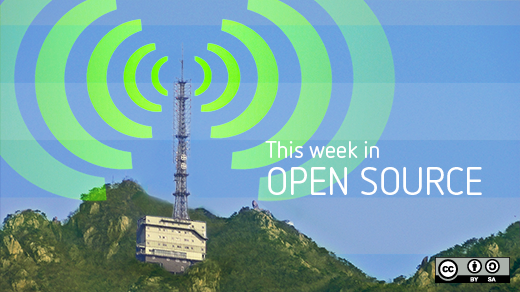 In this week's edition of our open source news roundup, we take a look at Linux on supercomputers, Google's Eddystone, and more!

Google introduced Eddystone, a new and open format for Bluetooth low energy beacons, which are low-powered devices that send out relevant information to devices in their vicinity. Designed to be a more open competitor to Apple's iBeacon, Google's Eddystone is open source, released under an Apache v2.0 license, and available on GitHub. Unlike iBeacon, Eddystone is not limited to one smartphone ecosystem, so it can work with both Android and iOS mobile devices.

Currently Bluetooth low-energy beacons are not very widely used, owing in part to iBeacon being limited to Apple products. By limiting iBeacon to Apple devices, a large number of mobile users are excluded, which limits the usefulness of implementing beacons. If iBeacon was usable on Android devices it might have fostered adoption of beacons, but Apple seems to have little interest in having their system work with Android devices. As Ars Technica mentions in their article about Eddystone, Apple is so protective of iBeacon that when a company got iBeacon running on Android, Apple had the project shut down. Google hopes to succeed where Apple has not by not limiting Eddystone to just the Android ecosystem.

Location aware services for mobile devices is a growing trend, and beacons represent an interesting way to provide location aware information to users. For a few excellent examples of what beacons could mean for mobile users, check out Gizmodo's and iDigitalTimes's articles for potential real world uses. Google has several hardware vendors lined up with devices that support Eddystone, so be on the lookout for Eddystone compatible beacons in the near future.

Top500.org released the newest edition of their Top500 Supercomputer Sites list with China's Tianhe-2 Supercomputer maintaining the top position on the list. Server Watch took a look at just how little changed in the top ten positions, pointing out that the leaderboard is stagnate; "nine of the systems in the top ten were installed in either 2011 or 2012, marking the lowest turnover rate in new supercomputers on the top500 list since 2008." The only new system in the top ten is Saudi Arabia's Saheen II, which ranks seventh on the list. Linux maintains its overwhelming lead in the supercomputer realm with 486 of the top 500 systems running Linux. As Steven J. Vaughan-Nichols states in his article for ZDNet, "No other operating system is even in the race."