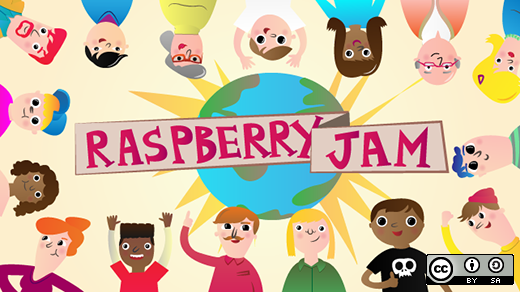 When the first Raspberry Pi came out in 2012, it was no surprise when people in the tech community started to organize events focused around using the device. Software developers, hardware engineers, makers, teachers, children, and parents alike started to come together to learn about the Pi and what they could do with it. These events became known as Raspberry Jams, and they've inspired makers and educators around the world.

The first Jams were held at cities around the U.K.—Manchester, Preston, and Cambridge—and soon appeared in Australia, Europe, North America, Asia, and, more recently, Africa and South America.

What happens at a Raspberry Jam?

All Jams are different. Some are held in universities and have hundreds in attendance, while others are small and held in public libraries. Some have formal workshops for kids, others just provide tables and space for people to work on projects. Some Jams have stands for show-and-tell, others have retailers selling accessories.

How can I find a Jam near me?

Last year we created a page on the Raspberry Pi website to show all the Jam locations and to help people run their own events.

If you want to set up a Raspberry Jam in your area, all you need is a venue, a date, and a sign-up form or page of information. If you want to run workshops or have space for people to work on projects you'll need tables, chairs, and power. You'll need materials for workshops—you might need a projector for presentations and you might need to provide food or give people the chance to get food nearby. Smaller events require less organisation, but big ones take lots of planning and are usually run with a team of helpers.

As for online sign-up, eventbrite.com or meetup.com are good places to list your event and get the word out. Also try Twitter, Facebook, and other sites and even try putting posters up or distributing flyers to local hackspaces, schools, universities and libraries. Don't forget to submit it to the Raspberry Pi site for inclusion on the Jam page! 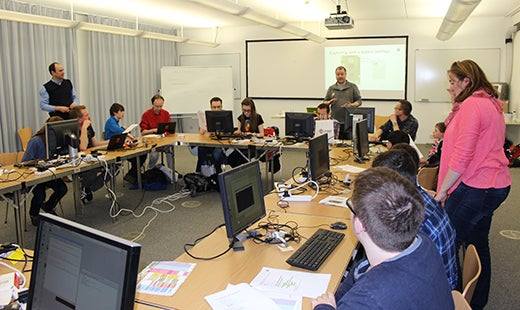 Some Jams take place alongside big events like conferences or maker faires. Each year at PyConUK we have a Raspberry Jam Day for kids to learn Python by making games, coding Minecraft, and doing camera animations with the Raspberry Pi through workshops led by volunteers. At EuroPython last week in Bilbao, Spain, we ran an education summit for teachers to learn about Raspberry Pis—we just set some up in a room at the conference and gave an introduction and some workshops and just let them play.

Do Jams cost money to attend?

Some Jams charge a nominal fee just to plan for expected numbers and cover basic costs. Many are held in venues that don't charge for hire (universities, schools, hackerspaces, and libraries), so they don't have huge bills to pay, but a small fund can help pay for equipment and refreshments. Many Jams give free entry to children, which is a great idea!

So what are you waiting for? Look for a Raspberry Jam near you today—or set up your own event and give others the chance to learn about Raspberry Pi and meet other fans!