Linux and open source are the future

I fondly remember the person who introduced me to Linux in 1993. His name was Mark Rorabaugh, and at that time he was a 19-year-old government contractor in Washington, D.C. tasked with setting up and supporting the Solaris SPARC servers at the U.S. Small Business Administration.

The first distribution I used was Slackware, and I was surprised that it was available for free and was freely modifiable. This was the era of 3.5-inch floppy disks, and you needed 22 of them to hold Linux. I was particularly impressed by X-Windows. To me, it seemed far superior to any windowing system available at the time.

I was doing tech help desk work, and while I was helping others, I was also exploring Linux in my free time. Mark would bail me out whenever I got into trouble—his patience was amazing and his kindness incredible.

After that job, I continued with my interest in Linux, learning as many distributions as possible, including Red Hat (the very first version) and others. When Fedora, the community version of Red Hat, came along, I eagerly jumped into learning it. I loved seeing the steady progress and improvements that were being made to Linux as people around the world contributed their own time and talents to making it better.

I often wonder whether this same model of collaborative work can be applied to solving the other challenges faced by our small planet. We ought to be spending more time thinking and talking about that.

Why I use Linux

Today, I teach a course at a public high school in Washington D.C. on PC refurbishing. Although the curriculum is based on Windows for the main operating system, I have added to the curriculum the Ubuntu-based distro, UberStudent. My job is to show them how to use open source tools for their school homework, and to also teach them to edit and manipulate images with GIMP, Inkscape, Blender and OpenShot.

Over the years, I've become proficient in Mac OS and Windows, but my first love remains Linux. My favorite Linux distro is Arch Linux, and the reason I love it more than any other distro is because it is completely customizable and always up-to-date. There's no need to wait for service packs or reinstall the entire operating system. On virtual machines at my home I install Debian, Linux Mint, and Ubuntu Ultimate Edition (based on Lubuntu).

For me, one of the biggest advantages of Linux is how fast and responsive it is. For example, I installed Linux on a laptop that previously ran Microsoft Vista. Presto! That laptop became three times faster and could serve someone for a few more years. The general public has no idea that their older computer hardware can be revived in this way. There's a role for people like me to help educate the public, but there's also a role for the mainstream media to help carry this message to a wider audience.

Just recently I've gotten very interested in Edubuntu and UberStudent. UberStudent is designed for high school and college students, and they adore UberStudent on dual-boot computers that we use. It gives me great pleasure to see young eyes appreciate the beauty and functionality of open source. For instance, the other day we did an exercise where I showed them how to edit a movie in a manner similar to software such as Premiere Pro, in Openshot, with ease and at no cost to them.

To me, open source is the future of computing and of jobs. Programming, especially on the web, is in high demand. So, we must make sure that our youth are on the path to intersect with these jobs. Several years ago, Brazil adopted open source for use with their 50 million K-12 students, and I sometimes wonder if the United States will be playing catch-up to get students into open source.

One of my dreams is to help unite open source enthusiasts in the Washington D.C. area. There's so much we can learn from each other, and the time to start is now. 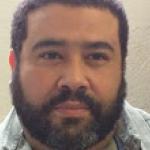 I have 31+ experience in personal computers, both hardware and software. My first computer was a Commodore 64 from Commodore Business Machines. Then during High School I worked with a Tandy TRS-1080 system. Learned Lotus 1-2-3 in my senior year.
More about me